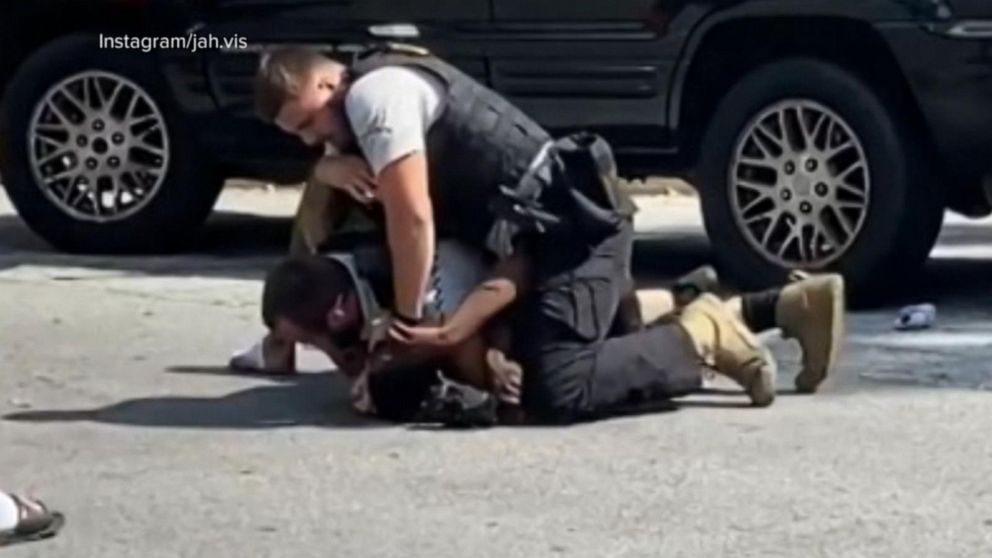 GEORGIA – The Black Lives Matter movement continues to take shape across the country, but that does not mean that police brutality against Black people doesn’t continue, as evidenced by an incident Friday.

But the movement may be influencing society, at least a little.

After a Black man was yanked out of a car and beaten by sheriff’s deputies unlawfully in Clayton County, Georgia, on Friday, the sheriff there announced Sunday that the deputy’s employment had been terminated for “excessive

use of force”—videos showed the deputy repeatedly punching Walker in the face as his girlfriend and children watch.

It all began when a driver in Clayton County, Georgia, was pulled over for a broken taillight with a Black passenger in his car. The passenger, Roderick Walker, was asked for his identification by police. However, he asked them the reason for their request because he wasn’t the one police pulled over.

Newsweek magazine reports, “While he wasn’t in the driver’s seat, the cops asked him to get out of the vehicle and attempted to arrest him because they didn’t like that he spoke back.”

Once Walker was out of the car, the police response was extremely violent—there are multiple videos floating around social media that depict that violence.

Ben Crump, a civil rights attorney, tweeted one video which was taken of officers beating Walker. Along with the video, Crump writes that the officers “pressed his face on the PAVEMENT & punched him repeatedly because he didn’t have his ID.”

Crump also charged that Roderick Walker is yet “ANOTHER Black man saying, “I can’t breathe” while being ASPHYXIATED by police!!”

[TRIGGER WARNING] #RoderickWalker is asked for his ID when his Lyft driver is pulled over by police. Mr. Walker questions the request since he wasn’t driving. This is the officers’ response.

Newsweek also is in possession of a different video where “police asked for Walker’s driver’s license. He said he did not have it on his person and questioned the officer about why he needed to produce it. The officer then asked him to step out of the vehicle. The video later shows police forcing him to the ground.”

In the video Newsweek reported on, “A woman, who appears to be the person filming the video, can be heard begging cops to get off the man. “Get the f**k off of him,” she screams. “Don’t kill him. He said he can’t breathe.” After the cop punches the man’s face, another officer handcuffs him. When police back off the man, the video shows his face covered in blood.”

Newsweek tells readers, “In another video taken of the incident, a child in the back of the car yells ‘daddy’ as cops tackle the man. The cop who punched him can be heard saying, ‘He bit my hand.'”

Walker was arrested on two counts of battery and two counts of obstruction on Friday. He has still not been released from jail as of Saturday night. The sheriff said Sunday that Walker is being held on multiple felony warrants from another county.

Walker’s lawyers are demanding he be released immediately. They have also since told Newsweek that Walker was with his girlfriend Janita Davis, her five-year-old child and their five-month-old baby during the incident. [His lawyer] alleges that the police tased his client.

The attorneys have also released a statement stating, “We are demanding, in light of what occurred and can be seen in the video, that he be released immediately…it is our position that Mr. Walker did nothing wrong. We have requested he’s not only released from jail but the officers involved be investigated by the Georgia Bureau of Investigation, to have an independent investigation of their actions. We want those officers charged for the aggravated assault and battery of Mr. Walker.”

“How does he end up in jail when he was the one that was attacked?” asked attorney Shean Williams, adding, “The people who should be in jail are the deputies who beat him and caused him severe injuries and harm.”

Williams also alleged that “authorities have not given Walker appropriate medical treatment.”