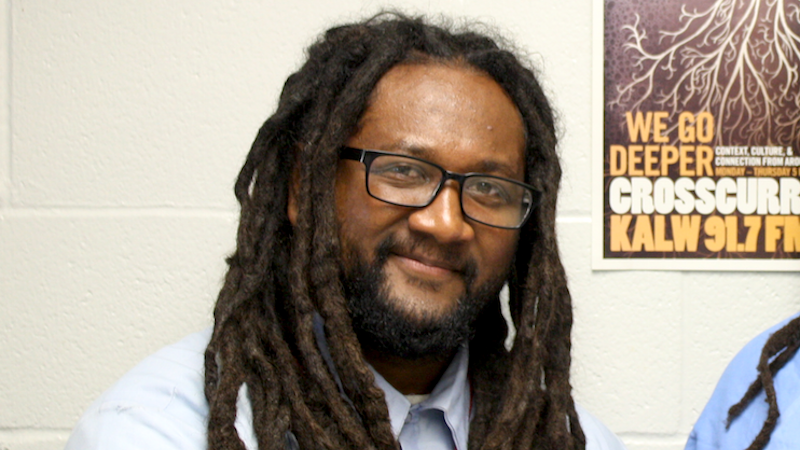 SAN FRANCISCO – The San Francisco Board of Supervisors has unanimously approved a resolution urging Governor Newsom to pardon prominent immigrant rights leader Charles Joseph, who is facing deportation because of a past conviction.

“That the City and County of San Francisco opposes the removal of Charles Joseph from the United States; and…the San Francisco Board of Supervisors urges Governor Newsom to grant Mr. Joseph a full pardon in order for him to remain lawfully in the United States with his wife, his family, and his community,” the resolution read, with copies sent to the state and federal electeds in San Francisco, and San Francisco Immigration Court.

“Charles Joseph’s story of transformation – both in his own life as well as his positive influence on the lives around him – is inspiring,” said Supervisor Dean Preston, who authored the resolution, which was co-sponsored by every other supervisor.

Preston added, “I am proud to stand with Mr. Joseph, along with my colleagues on the San Francisco Board of Supervisors, in urging the Governor to

grant him an immediate and full pardon.”

The board resolution argued that a pardon will allow Joseph to remain in the U.S. with his wife and children, who are all U.S. citizens, and protect him from the political violence he could face if forced to return to his country of origin, Fiji.

Joseph came to the U.S. when he was 14 years old from Fiji, where his family faced persecution as ethnic and political minorities. At the age of 22, Joseph took part in a robbery, for which he spent 12 years in prison.

While in prison, Joseph became a “leader and a peacemaker, helping others to process their anger and express their creativity,” according to supporters.

As the resolution notes, after his release in May 2019, Joseph was immediately detained by ICE and placed in the privately-run Mesa Verde immigration detention center in Bakersfield. He was released in April as part of a lawsuit against ICE for its inability to protect medically-vulnerable detainees at high risk of contracting the virus (he suffers from asthma).

Charles Joseph has been a client of the San Francisco Public Defender’s Office since May 2019, where the Immigration Defense Unit represents Joseph in his deportation case.

“Charles has become a leader an and ally in so many different ways — he has spoken out against unsafe conditions in immigration detention facilities, has been a featured speaker in nationwide panels about mass incarceration, and even conducted a training for my staff on the impact of ICE detention,” said San Francisco Public Defender Mano Raju.

“We are part of the campaign to support Charles and his family because we know that he will continue to make a positive contribution in the movement for criminal justice reform as well as immigration reform, Raju added.”

Prior to his conviction, Joseph was a legal permanent resident. However, immigration judges are prevented from granting him discretionary relief because of his past conviction, even though he is completely rehabilitated.

“It was really hard when my dad was taken away from us,” said Hope Joseph, 13 year old daughter of Joseph. “It caused a lot of stress for me, my mom, and younger sister. My dad is home with us now, and we need him with us.”

Faith groups and immigrant rights organizations are also in support of Joseph and are asking Newsom to pardon him.

“I have known Charles and his family for over a year, and have witnessed his leadership through his advocacy, musical talents, and spiritual gifts, which he shares abundantly with many others,” said Reverend Deborah Lee, Executive Director of the Interfaith Movement for Human Integrity. “Charles has used his story to illuminate how the U.S. criminal justice and immigration systems have harmed immigrant communities, and that through the power of transformation and redemption we will all be restored.”

“Judaism, like all faiths, believes in redemption,” said Rabbi Mona Alfi of Congregation B’nai Israel, a Sanctuary Synagogue in Sacramento.

The rabbi added, “Charles has atoned for his wrongdoing. I believe that people are capable of learning from their past and becoming better human beings because of the struggles they have gone through. That’s exactly what Charles has done. Now more than ever is the time for action. All of us have to raise our voices and call out to the Governor and demand a pardon for Charles Joseph.”

Upon learning of the board’s vote, Joseph responded, “I’m overwhelmed and filled with deep appreciation for this support. I’m thankful for the leadership of the San Francisco Board of Supervisors and their work to keep families together. I am looking forward to meeting with the Sacramento City Council members in my community, continuing to share my story, and gaining their support.”

Share:
Tags:Charles JosephGovernor NewsomImmigrant DetaineeMano RajuSan Francisco Public Defender's Office
Previous : Student Opinion: Chronic Housing Insecurity in Davis: How it is now, where to get help, and how to help
Next : Announcement: Leaf Blower Use Temporarily Restricted Due to Poor Wildfire Air Quality