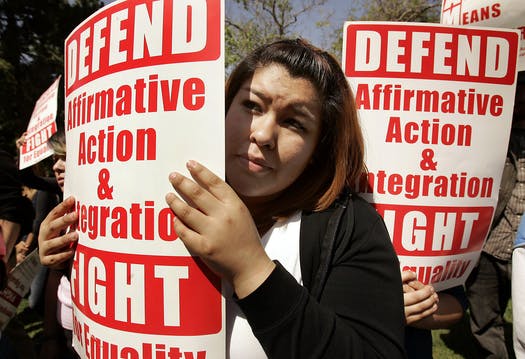 One of the propositions California residents have surely been discussing propositions amid is Proposition 16, which would, as explained on the California General Election Voter Guide website, permit government officials to consider factors such as race, ethnicity, color, national origin and sex in attempt to address diversity standards.

The proposition would consequently repeal the constitutional provision of the current ban on taking into consideration the previously mentioned categories of personhood.

A YES vote for Proposition 16 would mean that state and local governments would be able to consider factors such as ethnicity and sex in order to extend equal opportunity to all residents of California.

A NO vote for proposition 16 would mean that the “current ban on the consideration of race, sex, color, ethnicity, and national origin in public education, public employment, and public contracting would remain in effect,” as mentioned on the California Election Voter Guide website.

A YES vote on Proposition 16 would be beneficial for women and women of color, who are currently discriminated against as frontline workers and essential caregivers during the COVID-19 pandemic. The California State Voter Guide mentions that Proposition 16 would expand access to fair wages, as well as provide good jobs and quality schools for all residents of California, “regardless of gender, race, or ethnicity.”

Arguments in opposition of this proposition take on the approach that with Proposition 16, politicians seek to strip the constitution of its “prohibition on discrimination and preferential treatment” of individuals based on characteristics such as race, ethnicity, color, national origin and sex.

Opponents of Proposition 16 argue there is a stereotype that claims minorities can not “make it”, or in other words be successful, unless they are given special preferences when it comes to job opportunities.

Therefore, opponents of the proposition feel that repealing the 1996 notion would be a step backward and feel that politicians seek to pass Proposition 16 in an attempt to give preferential treatment to California residents based on characteristics such as race, sex and other factors.

Proposition 16 would not affect other state or federal laws in terms of laws guaranteeing equal opportunity protection, thus prohibiting illegitimate discrimination. As mentioned by the California State Voter Guide, this proposition would not cause any fiscal impact upon state or local governments and entities, as it would not call for change to currently existing policies and programs.

This proposition has made recent headlines, due to its historical ties. California voters banned the consideration of personal characteristics such as race, sex, color, ethnicity and national origin within public employment, education and contracting in 1996.

This year in 2020, proponents of Proposition 16 seek to repeal this very notion, which would eliminate the ban put in to play in 1996 and cause the consideration of race, sex, color, ethnicity and national origin to be put into play for the purpose of equal protection for California residents.

8 thoughts on “CA Proposition 16: A Call To Reinstate Affirmative Action”