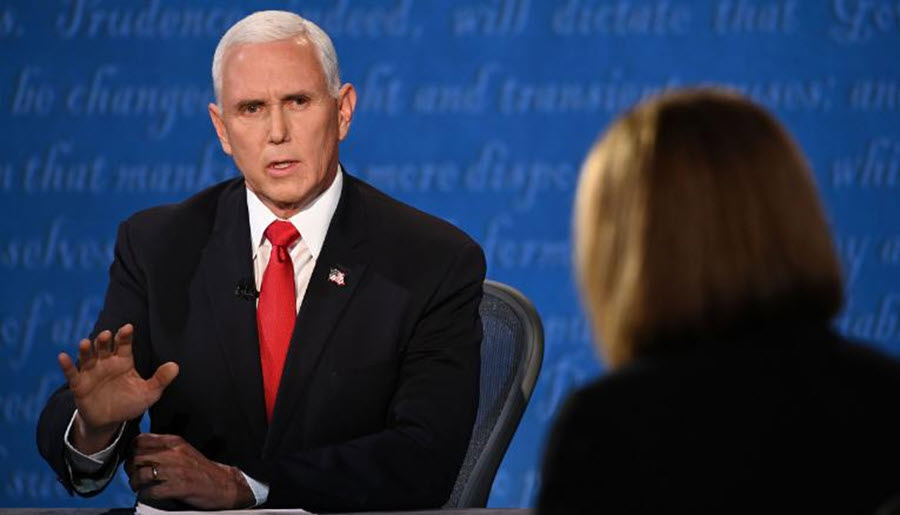 Earlier this week in a commentary, I heavily criticized Joe Biden’s criminal justice platform as well as his record supporting the 1994 Crime Bill.  But the reality is that Trump has just as bad a record—despite claims by Vice President Pence last night—and his plan is largely non-existent.

Remember that Donald Trump once took out a full page ad calling for the death penalty for the Central Park Five, who have since been exonerated as innocent.

And he doubles down on that, saying, “You have people on both sides of that.”

He added, “They admitted their guilt.”

“If you look at Linda Fairstein and if you look at some of the prosecutors, they think that the city never should have settled that case—so we’ll leave it at that,” he added.

But DNA showed that a different man committed the crime, he admitted to committing the crime alone and what is less well understood is that not only did the five youths get critical details wrong

when they confessed 30 years ago, but the evidence at the crime suggested one attacker, not a group of attackers.

Still Trump maintains his position from 1989.

The president keeps claiming credit for that, and most critics argue that Trump deserves credit for signing it in 2018, as it “it aimed to lessen the over-incarceration of black people and the racially disparate impact of federal criminal justice practices by reducing some mandatory minimum sentences.”

But that’s about all, they argue.

“Give Trump credit for the First Step Act — but not for much else on criminal justice issues,” Joe Davidson wrote in July in the Washington Post.

Aside from the Central Park 5, Trump’s judges have a poor record.  Last month, Ronnie Long was released after 44 years in prison in a case we were following closely.

Wrote Judge Wynn of the Fourth Circuit: “Without a doubt, no reasonable jury could find Mr. Long guilty based on the undeniable facts before us today: suppressed physical evidence failing to link Mr. Long to the crime scene, the perjured testimony of investigating officers, missing key biological evidence, and an eyewitness identification obtained through means now illegal in North Carolina.”

Long had spent 44 years in prison for a crime for which there was scant evidence that he committed, with huge amounts of evidence that the prosecutors withheld exculpatory evidence and more.

And yet, it was a 9-6 decision by the en banc court.  Here’s the kicker—Trump had two appointees on that court, both opposed to releasing Long.  Judge Allison Rushing of Asheville, a 2019 appointment by President Donald Trump, voted no.

Writing for the minority was Judge Jay Richardson of South Carolina.

“So as long as I can reasonably read the state court’s decision to avoid an objective and indisputable error, I must do so. And here, I have no trouble doing just that,” said Richardson, a Trump nominee who joined the court in 2018.

“The federal courts do not overturn state-court convictions based on sloppy writing or peripheral problems; our role is ‘limited’ to correcting extraordinary errors. Because I find the state court’s decision at least debatable, I think AEDPA precludes disturbing Long’s North Carolina convictions.”

On Wednesday, Mike Pence drew a lot of attention by defending the administration’s handling of COVID while punting on committing to accepting a peaceful transfer, but while it got far less attention than some of his other responses, he saved some of the most questionable ones for justice issues.

When asked about Breonna Taylor, he expressed empathy—something Trump has been criticized for lacking—but he also said, “I trust our justice system.”

Really?  He trusts the justice system?  Look, I have a problem with Kamala Harris both as a DA and an AG, but she at least understands the lack of justice in our system and expressed that clearly last night.

Pence continued: “It really is remarkable that as a former prosecutor, you would assume that an impaneled grand jury, looking at all the evidence, got it wrong.”

Maybe because Kamala Harris knows that a grand jury is largely the tool of a skillful prosecutor.

New York State chief judge Sol Wachtler was famously quoted by Tom Wolfe in The Bonfire of the Vanities that “a grand jury would ‘indict a ham sandwich,’ if that’s what you wanted.”

Kamala Harris knows this better than most.

He said, “I must tell you, this presumption that you hear consistently from Joe Biden and Kamala Harris, that America is systemically racist, and that as Joe Biden said that he believes that law enforcement has an implicit bias against minorities is a great insult to the men and women who serve in law enforcement.”

Hey, look, I am the first to say that Kamala Harris has a questionable record as a prosecutor.  She did not do nearly enough about prosecutorial misconduct and the Orange County informant scandal while AG, and she rarely prosecuted police officers for misconduct as DA or AG.

But even Chesa Boudin, the current DA, told me last week that changing systemic racism is proving more difficult than one might think on the surface.

The first step toward solving it is to acknowledge the problem.

“I don’t think that most reasonable people who are paying attention to the facts would dispute that there are racial disparities and a system that has engaged in racism in terms of how the laws have been enforced,” Harris said last month.

But Pence is not one of those.  He continues to double down on his denial—that plays more to his base and less to the nation as a whole.

Kamala Harris on the other hand—bad record as she has—nailed it: “Bad cops are bad for good cops. We need reform of our policing in America and our criminal justice system. “

Mike Pence wants credit for First Step, but denies there are problems in the criminal legal system.  It just doesn’t work that way.