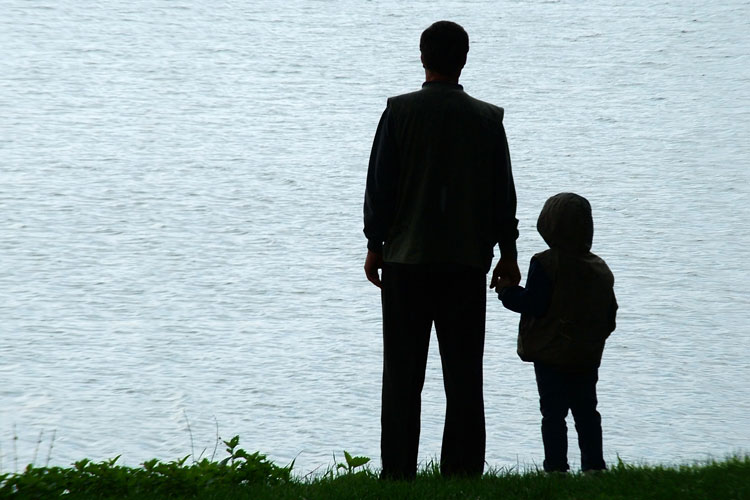 (Editor’s note: The author of this piece asked for it to be published anonymously.  They did so to protect the identity of a minor.  The Vanguard board reviewed the article and the request and agreed that this should be published.  We will be investigating this matter to verify known facts, but one of the problems in the child welfare system is that they do operate shielded from public scrutiny).

The Yolo County Board of Supervisors is currently reviewing Child Welfare Services. Supervisor Don Saylor has already detailed some of the jaw-dropping statistics that demand greater accountability from this agency. Now I want to give you a mother’s perspective.

Two years ago, CWS took my then 14-year-old son into custody at his IEP meeting. Ten educators from Davis Joint Unified School District, Woodland Joint Unified School District, and the Yolo County Office of Education were meeting with our family to determine appropriate accommodations and supports for his disability, based on the work we had been doing with the school for two months. One purpose of the IEP was to assess him for autism spectrum disorder, with which he has since been diagnosed.

criteria for even a 72-hour involuntary hold. CWS did not discuss this decision with any of his regular healthcare providers or even the school nurse. The police refused to transport him to the hospital, telling the social worker that doing so would violate his constitutional rights. Because I did not consent to hospitalize him in a facility that was explicitly not designed to treat him, CWS fought in court to take my son away from me. Fortunately, the judge disagreed.

My son should have been protected by the Fourth and Fourteenth Amendments and the Lanterman Act. I have spent the last two years piecing together how CWS was able to circumvent the law. I have sifted through court, hospital, police, and school records — often only gaining access to evidence by chance or extreme persistence. I met with the police officer who refused to transport my son to the hospital. (CWS did not tell the court or us that had happened.) DJUSD completed a formal investigation into its own staff’s involvement, and the California Department of Public Health investigated Woodland Memorial Hospital’s role. The California Department of Fair Employment and Housing determined that the civil rights case was outside its jurisdiction because of what its attorney called “a hole in the law.” But first, DFEH was able to access my son’s CWS file through a court order and shared information from it with me.

Short answer to my question: they did it by lying. The social worker lied to two judges, officers from two police departments, and personnel from two hospitals. She had to have known that her lies were being documented and that abundant evidence existed to disprove them. She does not appear to have cared. She told different lies to different people, and she told all of these lies within one week. She lied to me on a Tuesday about information she knew I would see that Thursday. Recently, I mentioned her to my son. He asked, “Is she the one who lied to me?”

Let me be clear that the social worker’s actions were gratuitously cruel. My son was shouting in his sleep when he came home.

Early in my personal investigation, I told one county official, “The deeper I dig, the worse it gets — and I still don’t think we’ve reached the bottom.” I was right. Just this last summer, new troves of information from the two hospitals not only bolstered evidence of the misconduct I knew about, but revealed yet another lie the social worker told hospital personnel. When CWS first took my son away, I wanted to believe it was somehow an honest misunderstanding. But there was nothing honest about it. Every time the social worker could have ended our nightmare by telling the truth, she chose to lie.

Even more disturbing than the social worker’s flagrant misconduct was agency leadership’s response to it. Four months after CWS took my son into custody, I met with the agency’s then director and a program manager, bringing along a friend as a witness. At that point, I already had medical records from two hospitals showing that the social worker had flatly lied to the court and deliberately violated my son’s civil rights.

A DJUSD administrator had also told me, in front of several witnesses at the meeting that launched the IEP process, that her “CPS contact” had been urging her to file a report on my son because she said it was the only way to make him eligible for the county services he needed. The administrator said her contact had told her that CWS just needed to have a report on file and that it was simply a way to access resources. I had the email that administrator sent me two weeks later, in which she said her “CPS contact” was still encouraging her to file the report on my behalf to get supports. The thread included my reply that a Health and Human Services Agency employee had warned me it was a bad idea and said that her supervisor would contact the administrator. I also had the school nurse’s official meeting notes, listing CWS as one of the resources we discussed. Since then, I have acquired another school employee’s contemporaneous notes referring to the discussion.

Parents: if you received a mysterious visit from CWS and your child has a disability, this is probably why.

CWS leadership shocked my friend and me by saying repeatedly that they never believe medical records. (My friend was so stunned that she emailed our then County Supervisor after the meeting.) They brushed off the DJUSD administrator’s claim, saying their staff would never do that. They tried to blame the Davis Police for the decision to take my son into custody at his IEP meeting, even though the police department’s incident notes show that the police were first called at least an hour and a half after CWS notified DJUSD staff of their plan. The police officer himself emphatically denied police involvement in the decision. CWS leadership also lied to us about fundamental information in my son’s file, the file DFEH investigators would later see.

When faced with hard evidence that a social worker was abusing her authority, CWS’s former director chose to protect the agency instead of protecting vulnerable children from harm. This is why we need some form of external accountability. State law prohibits County Supervisors and the County Administrator from intervening in individual child welfare cases. State agencies have extremely limited oversight authority.

With the current CWS review, the Supervisors have a brief opportunity to require the agency to take concrete actions to increase accountability. DJUSD conducted a formal investigation because school districts are legally required to follow complaint protocols. So are police departments. Child welfare agencies are not, which is why agency leadership could ignore evidence of misconduct. That needs to change.

After our case was dismissed, I told my lawyer that I felt like I had rescued my son from a burning building and now I had to go back in for the other kids. According to CWS’s recent self-appraisal, 79 percent more kids are “in care” now than there were five years ago. Even though I’ve been sounding the alarm to state and county officials for two years, a lot of those kids are on my conscience. I knew what CWS was doing, and I could not protect them. Now I hope they are also on your conscience.

Share:
Tags:AutismBoard of SupervisorsChild Welfare ServicesDon SaylorIEPYolo County
Previous : Guest Commentary: Why It Is Too Soon to Entitle the DISC
Next : Sunday Commentary: A Political Transformation