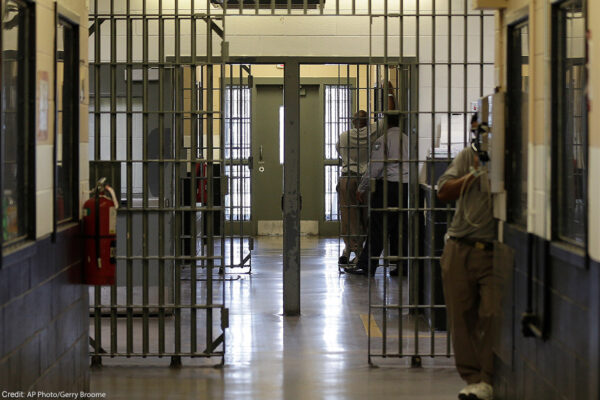 Habitual offender statutes, known in some states as “three strikes” laws, are a relic of failed “tough on crime” policies that have had devastating consequences for families and communities across the country.

Last month, the Louisiana Supreme Court refused to review the life sentence of Fair Wayne Bryant, who was sentenced to life in prison for attempting to steal a pair of hedge clippers more than 20 years ago. Bryant’s sentence was the result of Louisiana’s extreme “habitual offender” law, which allows people to spend life in prison for minor offenses. While the court should have reviewed the sentence, the legislature should abolish this law, and until then, Orleans prosecutors should refuse to seek it.

Habitual offender statutes, known in some states as “three strikes” laws, are a relic of failed “tough on crime” policies that have had devastating consequences for families and communities across the country. Both racist and punitive in their nature, these enhancements drive out of control prison populations in states that have some of the highest incarceration rates in the world, Oklahoma and Louisiana among them.

Under these statutes, a person who is convicted of more than one felony crime faces longer and longer sentences for each subsequent conviction — no matter how minor or how much time has passed since. Not only are these laws racist, they are also ineffective and unnecessary from a public safety perspective. The majority (64 percent) of people serving time in Louisiana prisons under the law are there for nonviolent crimes, and Black people represent nearly 80 percent of those convicted as habitual offenders.

The sheer cruelty and unfairness of Mr. Bryant’s sentence is enraging and inexcusable, but it is no anomaly: It is part and parcel of a system designed to perpetuate racial injustice and white supremacy.

Louisiana’s extreme sentencing law has condemned thousands of Louisianans to life imprisonment for minor offenses, helping make Louisiana the world’s leading incarcerator. And its longevity is a prime example of how our legal system continues to oppress, brutalize, and imprison Black and Brown people.

In a scathing dissent to the decision, Louisiana Supreme Court Chief Justice Bernette Johnson traced the law to the Black codes and “Pig Laws” during the post-Civil War era, which attempted to re-enslave newly-freed Black people.

“These laws remained on the books of most Southern states for decades,” Justice Johnson wrote. “And this case demonstrates their modern manifestation: harsh habitual offender laws that permit a life sentence for a Black man convicted of property crimes.”

Bryant’s outrageous and unjust sentence is a reminder of the urgent need for state legislators to repeal this extreme sentencing law before it needlessly destroys more people’s lives. Ballot initiatives like Oklahoma’s Yes On 805 campaign seek to put an end to the destructive power of habitual sentencing enhancements through the electoral process. Fortunately for Louisiana, our district attorneys don’t have to wait.

Prosecutors — right now — have the discretion to stop seeking enhanced penalties under the habitual offender law, and all of us have a responsibility to hold them to it.

There are dozens of district attorneys on the ballot across Louisiana this year — including in Orleans Parish, where District Attorney Leon Cannizzaro is stepping down after 12 years of pushing ineffective “tough on crime” policies.

The ACLU of Louisiana is proud to be among more than 30 organizations in the People’s DA Coalition, which, among other reforms, is calling on Orleans Parish District Attorney candidates to commit to ending all use of the habitual offender law.

Prosecutors have a vital role to play in helping ensure Louisiana finally sheds its title as the prison capital of the world, and declining to seek harsher sentences under this unjust law would be one important step in that direction.

Alanah Odoms Hebert is Executive Director of the Louisiana ACLU