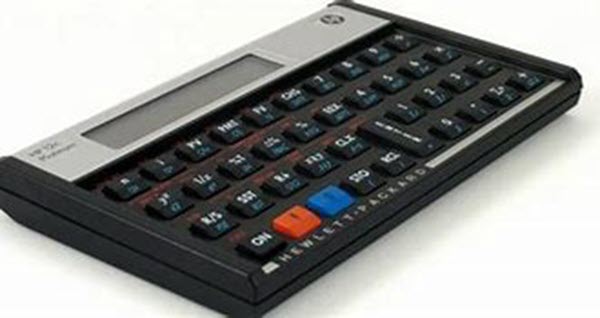 One obvious question for voters is, if the developers have been working on this project for nine years, where is the anchor tenant?  It is way to premature for the City of Davis to complete a development agreement for a proposal that is twice the size of the Cannery without a strong anchor.

A development agreement will bring the Ramos led group’s property into the City of Davis  and give the group all of the zoning changes required to develop their property through completion of construction.  It also limits the Developer’s financial responsibility to the City for mitigation of traffic, schools, and other impacts.  There is no agreed upon traffic mitigation plan, therefore the mitigation costs are not known.  That alone is reason to vote no on Proposition B.

There is little incentive for UCD sponsored startups to locate on the renamed DISC.  UCD’s Aggie Square in Sacramento is a 25 acre parcel adjacent to the UCD Medical Center.  The University intends to earn income through ground leases to private developers, and from lease activity from the structures built on their site.

According to the February 14th edition of the Sacramento Business Journal the first project in Aggie Square is a 40 to 52 bed rehabilitation hospital.  The July 10th edition of the Sacramento Business Journal reported that the first phase of Aggie Square would be built on 8.5 acres. UCD is seeking to attract science and engineering facilities, classroom and co-working space and up to 200 housing units.  Two other phases will follow after Phase I is leased.

origin in Sacramento is as knowledgeable and capable as the DISC partnership to bring tech and manufacturing companies to Davis.

The Sacramento Business Journal reported this summer that Mark Friedmand’s Fulcrum Property Development Company which owns the 33 acre University Research Park is pushing a large office complex through the entitlement process on a portion of their remaining vacant land in south Davis.

We can discern from these three developments that a significantly scaled down version (25 to 50 acres) of the DISC would be adequate for the next decade.

Recruitment Incentives from cities:  Recruiting companies to invest in any community is completive and expensive. The university and its graduates alone are not sufficient to attract new companies to Davis.  The City of Davis will be asked to provide financial incentives to companies considering locating new facilities in the region as they did for Mori Seiki to locate their R & D and manufacturing facilities on Second Street in Davis.

The April 18th edition of the Sacramento Bee reported on page 8A that Mayor Darrel Steinberg wanted to use a portion of the $88.9 million the city was receiving from its federal CARES Funds to help recruit companies for the UCD Aggie Square project. (One of five announced priorities for their CARES Act funds.)

Another example of why it is premature to vote now to entitle the DISC is the Metro Air Park adjacent to the Sacramento Metro Airport. The concept for Metro Air Park has been promoted since the 1980’s.  This proposal did not become viable until 2018 when Amazon agreed to build an 850,000 sq.ft. fulfillment center at the Metro Air Park.  Sacramento County agreed to construct a multi-million dollar interchange with Interstate Highway 5 to its entrance.  In June of this year the development group, essentially the same group promoting the DISC, requested that the Sacramento County Board of Supervisors lower the County’s development fees for new construction in Metro Air Park.

The absorption rate in Davis and Yolo County on the west side of the causeway does not support a project of the DISC’s scale, or the need to entitle all of it now through a development agreement.  Davis needs a new General Plan and there is time complete one before giving such favorable treatment to the Ramos led group.

The Davis City Council chose to put the Davis Innovation and Sustainability Campus project on the ballot without having a solution for the traffic congestion it will bring, or by first updating the City’s General Plan.  This action left out the City Commissions and Council’s options to consider what other lands outside of our current city limits are best to locate future commercial and residential development.

A new General Plan would allow the City and its residents to evaluate which lands adjoining Davis would be best to annex to the City, and where best to plan for new housing for Davis.  It would promote completion among developers for new residential housing.

Another key issue: The DISC proposal on the ballot for Davis voters lacks adequate developed parks for its interior area and a mechanism for the developers to fund their maintenance.  This is particularly egregious in light of the Developer’s intent to use seven acres of the City’s Open Space land for a portion of the DISC’s agricultural buffer.

Davis citizens deserve complete answers to these and many other issues, and should vote No on Proposition B.

28 thoughts on “Guest Commentary: Why It Is Too Soon to Entitle the DISC”