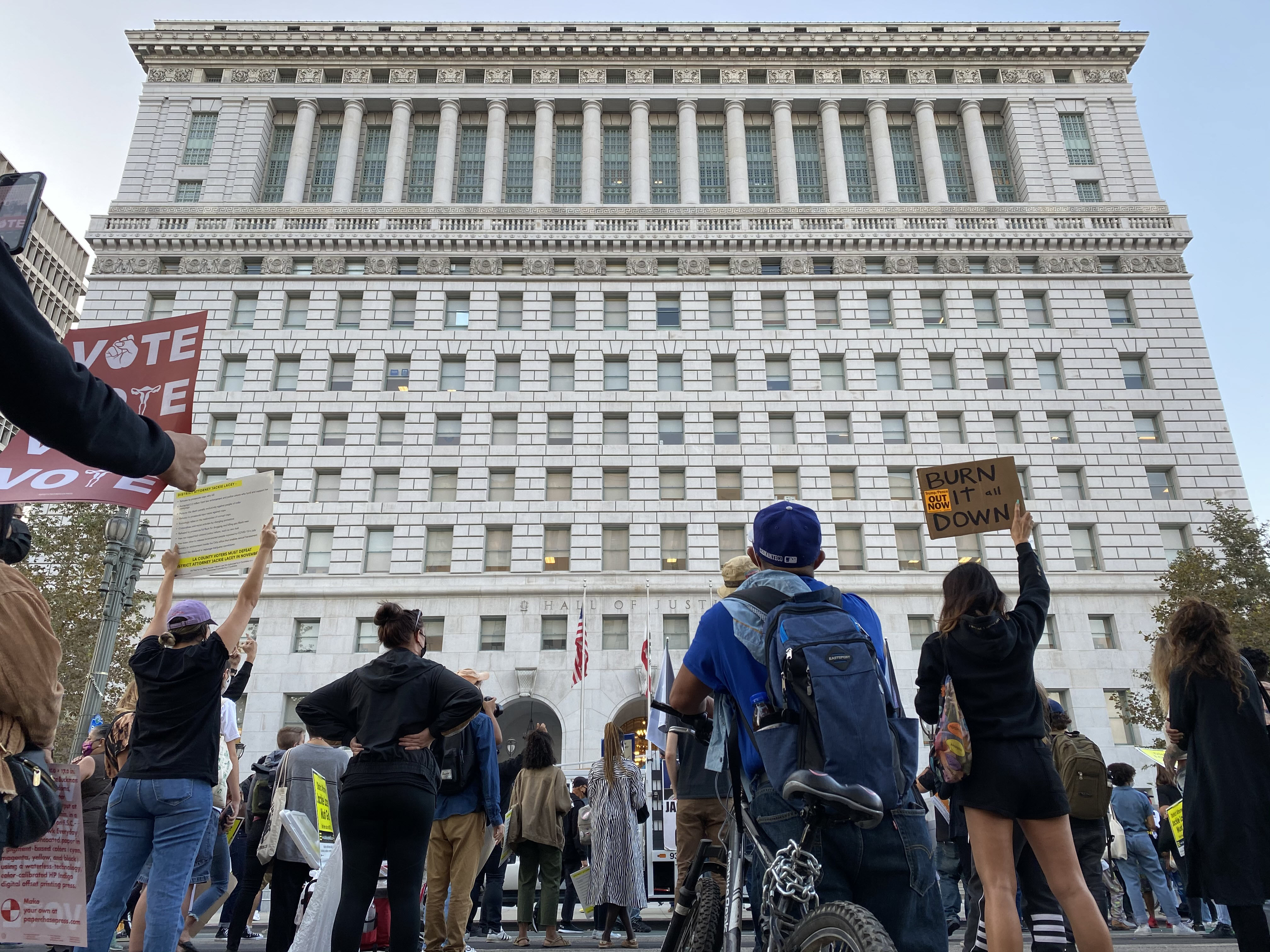 LOS ANGELES – Every Wednesday at 3 p.m. for the past four months, Black Lives Matter activists have gathered outside the Hall of Justice in Downtown Los Angeles, demanding the removal of LA District Attorney Jackie Lacey.

Jackie Lacey has been under heavy scrutiny by Black Lives Matter, and the American Civil Liberties Union for not prosecuting any law enforcement members since she took office in 2012, despite there

BLM started the Jackie Lacey Must Go campaign in 2017, and became especially popular in 2018, when Lacey refused to prosecute LAPD Officer Clifford Proctor, who fatally shot Brendon Glenn, a homeless man on the Venice Beach Boardwalk back in 2015.

Proctor claimed Glenn reached for his partner’s gun in an altercation, and said he shot in self-defense, but surveillance footage, body cam footage, DNA analysis, and witness testimonies – including his partner, Officer Jonathon Kawahara- all say otherwise.

LAPD Chief at the time, Charlie Beck, pushed Lacey to press charges, but the DA’s office put out a statement saying, “After an independent and thorough review of this case, we cannot prove beyond a reasonable doubt that Officer Proctor did not act within the law.”

Proctor was never charged, but resigned shortly after. 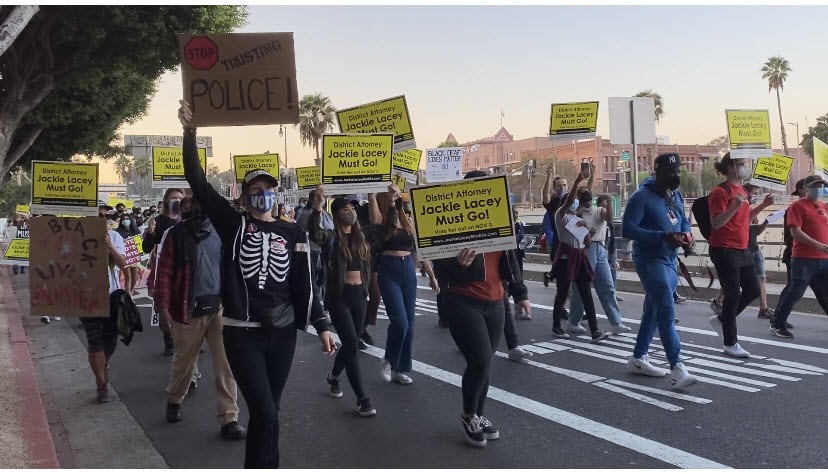 The day before the primaries, in March 2020, BLM activists knocked on the DA’s front door at her residence, where Lacey’s husband pulled a gun out, and aimed it at the activist saying, “Get off my porch. I will shoot you.” He later pleaded not guilty to three misdemeanor charges.

BLM leaders said this past Wednesday was the tentative last day of protests, as activists have been encouraging voters to vote out the District Attorney, as her position is up for re-election. She faces former police chief, George Gascon who seeks police reform.

Every week they are surrounded by dozens of sheriffs, and usually accompanied by a helicopter or two above them as they shout, “Jackie Lacey must go! Jackie Lacey will go!” amongst a few other rallying calls. 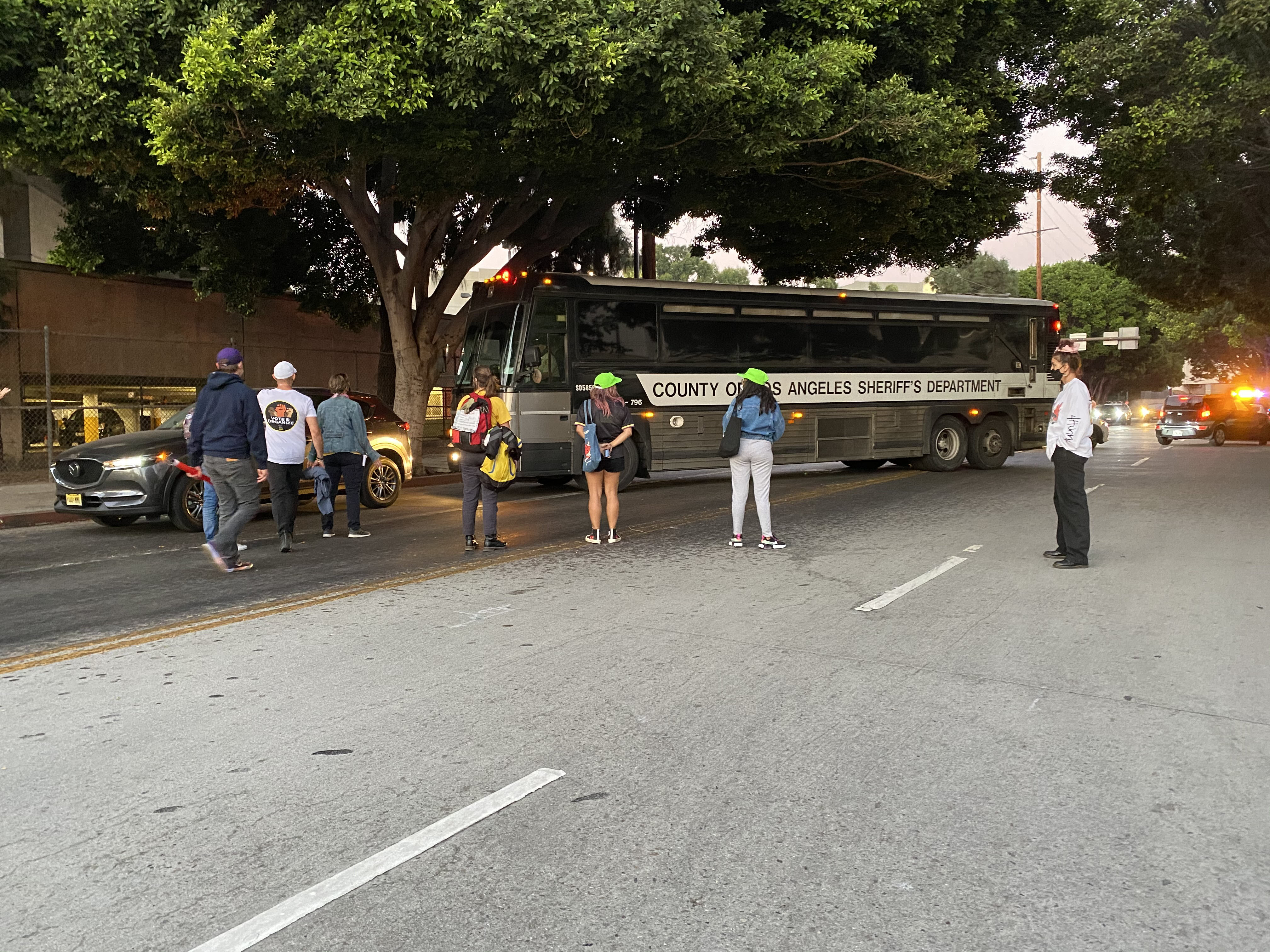 Each demonstration begins with a spiritual call to victims, prominent civil rights leaders, and the ancestors of each activist. A name is said, followed by “ase.” Ase, or ashe, is an African spiritual concept that loosely translates to the power to make change.

Speakers, and families of fallen victims then use the stage as a platform to tell their stories of losing their loved ones at the hands of law enforcement.

Protestors gathered their belongings and marched from the Hall of Justice, dubbed the “Hall of Injustice,” by activists, and moved through the streets of downtown Los Angeles. The protestors stopped traffic along the way, and made a couple pit stops, including the Federal Building, and the LA County Men’s Central Jail.

Standing in front of the detention facility, the protestors, and a van full of leaders speaking through a microphone, demanded justice for prisoners who have died at the hands of corrections officers. 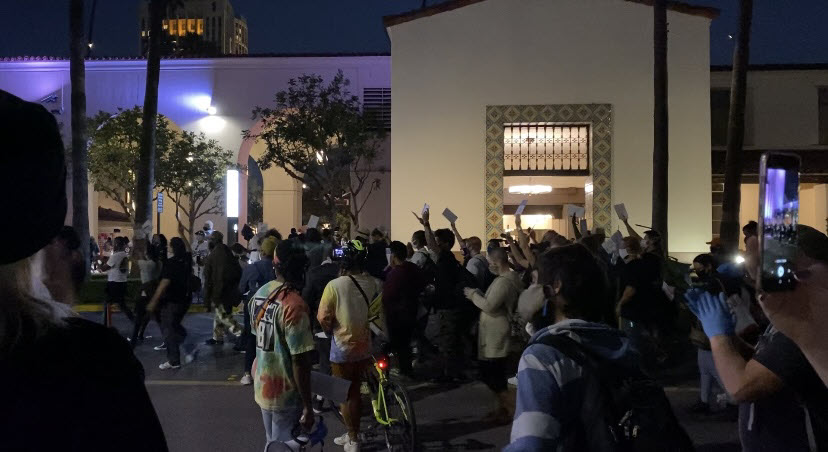 One speaker passionately yelled, “You didn’t do nothing but wake up millions of voices by taking our kids.”

A sheriff’s bus was stopped in the process, where a line of about 10 police officers arrived in riot gear. Tensions ran high between the sheriffs and a handful of protestors, but quickly dissipated with the encouragement of BLM leaders, and volunteer legal observers wearing neon green hats from the National Lawyers Guild.

The marchers then headed back to the direction of Union Station. Once they arrived, a group of young first time voters set aside their signs, held their ballots in the air, and walked inside the station to cast their vote at an official ballot box.

The demonstration ended as it does every week- with a chant honoring former Black Liberation Army member and activist, Assata Shakur.

The chant is said three times. First in a whisper, then in a regular taking tone, and lastly shouted at the top of one’s lungs:

It is our duty to fight for freedom.

It is our duty to win.

We must love and protect one another.

We have nothing to lose, but our chains.

Black Lives Matter co-founder, Patrisse Cullors, has described this heated race as, “the single most important DA race in the country.”