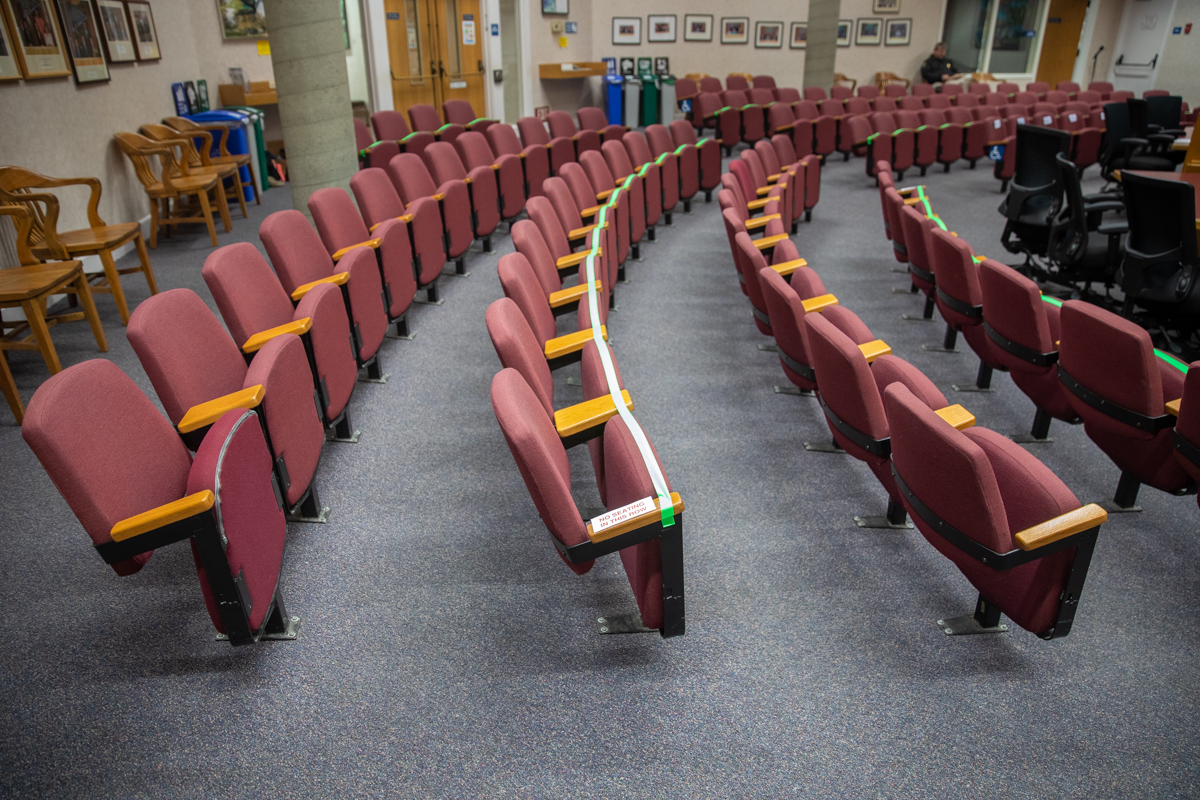 For the most part, we lack polling in Davis, so prognostication is admittedly more art than science.  All of this is speculation and over the years, I have misread races but usually we are more right than wrong on this stuff.

Keep in mind, while people are already voting, there are still three and a half weeks to go, so things can still change. 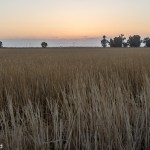 I know there is a small group of people who post on the Vanguard who oppose Measure J’s renewal.  But all indicators are that this is a small group—there was no organized campaign, no ballot arguments, and the number of people speaking out against it at council or Planning Commission was small.  Measure R was approved by a 3 to 1 margin ten years ago.  Polling, when there has been any, has put support in the 70s.

My prediction is Measure D passing with at least 70 percent of the vote.

Unlike Nishi and WDAAC, I don’t think DISC cruises to victory by 10 to 20 points. There are legitimate concerns about traffic and a fair amount of uncertainty about the future, given the COVID

That said, the vote here largely comes down to balance between the drawbacks of traffic, peripheral growth, GHG emissions, and the need for city revenue, jobs, and housing.

The campaign has been surprisingly low key.  We have just not seen the bitter acrimony playing out in the media that we have seen even two years ago.  There aren’t a lot of opposition letters.  It’s not clear how organized the opposition is other than a website.  For the most part the establishment has supported this and it’s not clear how far the opposition gets outside of the core group of no voters.

An underrated point here is that the campaign team working this campaign are the same folks that ran both Nishi campaigns.  And, while we can argue that they did not do a great job in 2016, they’ve learned a lot and they have a pretty sophisticated operation that has been working hard behind the scenes to identify their core voters and get them out.

Based on all of that, I would give DISC a slight edge.  It could go either way.  But right now I see a narrow victory. 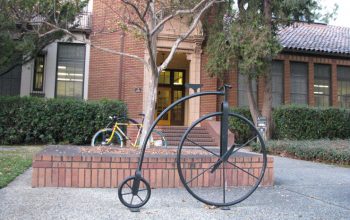 I saved the hardest for last.  The council has drawn surprisingly little attention.  In part, I think putting it on the ballot in November of the most contentious and polarizing and arguably most important Presidential race in history, during a pandemic, with newly drawn districts, has made for a low key affair.

There are at least five different currents flowing through the electorate.

First, there is the establishment, which at this point is embodied by the two incumbents—Lucas Frerichs and Will Arnold.  And throw in Rochelle Swanson, who served two terms but has been off the council for two years.

Second, you have the slow growth contingent, which would include Colin Walsh and Larry Guenther.  I am a bit surprised that the Sierra Club would endorse Kelsey Fortune but not Larry Guenther.  Truth be told, while Fortune opposes DISC, she’s not what I would call slow growth.

Third, you have the progressive wave—we actually saw this most clearly in the school board petition drive.  We were surprised that more people of color, outside of Dillan Horton, didn’t step up.  The Indivisible endorsements gave the nod to Horton, Guenther, and Josh Chapman—a bit curious as to why Chapman over Connor Gorman.

Fourth, you have the youth movement.  We talked with Fortune, Gorman and Horton, all students or recent students.  The podcast was posted yesterday, and while I am not sure they stand a huge chance electorally, the depth and quality of the candidates is quite impressive.  These are not the typical young student who emerges—Horton and Gorman have been as active and involved as anyone.  Fortune, while a newcomer, makes up for it with enthusiasm and determination.

Fifth, you have the reform movement embodied by the group leading the way on changes to the commission system, opposition to the BrightNight deal, and a general list of complaints.

Against those currents the question is, where is the electorate?

Of these strands, slow growth seems on the decline.  The last several polls have shown concern about housing and lack of affordability as a top issue.  That was pre-COVID, and certainly public safety and the concerns about the economy are on the rise.  But while there is uncertainty, I am not sure on the whole that that translates into a slow growth mentality.

Can you cobble together slow growths and those for good governance?  Maybe, but I am not really seeing a deep wave of anger on that front.  What appears to be the case is that there is a group that pays close attention and has raised concerns—some of them quite legitimate.

Are we seeing a progressive wave?  Maybe.  But it’s not obvious to me.  Pretty much everyone is progressive, but there is only one person of color and two women (both in the same district), so it’s hard to see that being a huge factor.

Larry Guenther is running a second time.  He’s a good guy.  But he is running against Lucas Frerichs.  At this time, Lucas Frerichs is probably the most engaged and attuned politico in town—he is sensitive to the community, he for the most part handles himself with respect toward the citizens, and probably doesn’t get enough credit for the amount of time he spends on his public duties.  It’s hard to imagine anyone knocking him off.

If there is a progressive wave or an undercurrent of anger, it will show up in District 2.  There is definitely some anger over the University Commons, but Will Arnold voted against it.  I have had some interesting discussions on this one.  You have Dillan Horton, who has effectively run for this position for two years—even before there were districts.  Colin Walsh needs to cobble together slow growthers and discontents.

One question is, if there is a split, is it over growth, where Dillan Horton splits the more pro-growth electorate with Will Arnold to create an opening for Colin Walsh, or do Colin and Dillan split the anti-establishment vote and allow Will Arnold to walk in?

I was looking at endorsements.  Will Arnold has a clear edge here, having most of the current electeds.  Colin Walsh has no one currently elected, but he does have five former mayors and Mike Harrington.  (Update: the Walsh campaign informs the Vanguard, he received a sixth former Mayor this week, Jerry Adler).  But does having Mike Corbett, Sue Greenwald, Bill Kopper, Ken Wagstaff and Joe Krovoza along with Harrington play to the base or resonate with the public?  Aside from that, it is a small list—much of it doesn’t go outside of his obvious base.

Dillan Horton, for all his efforts, doesn’t have a much longer list, though he does have three current electeds in Davis: Mayor Partida, Supervisor Saylor and Melissa Moreno on the County Board of Education, along with Cindy Pickett who just stepped down from the school board.  His overall list is steeped in progressive community leaders.

If there is going to be disruption in the city, it is in this race, but I can’t decide if it will be Horton or Walsh that benefits, which is why I will go with Will Arnold by a good margin at this point.

If you don’t want one of the main establishment people here, you really can’t go wrong with Kelsey Fortune and Connor Gorman.  They are definitely impressive and I again urge people to listen to our conversation.

However, in terms of the electorate, this is a race that comes down to Rochelle Swanson and Josh Chapman.

Josh Chapman in most years would be a clear favorite to win.  He is an owner of a popular business.  For the most part he is progressive—although his position on Prop 15 showed his business leanings.  He was President of the DDBA for a few years.

But he is facing a de facto incumbent in that Rochelle Swanson served eight years on the council, took two off, and is back.

Can he overcome that?  He is backed by Supervisor Saylor, the Davis firefighters, the Davis Democratic Party, and a bunch of business people that he has worked with the in the downtown.

Rochelle Swanson looks more like an incumbent in this respect with the support of electeds across the spectrum—everyone from Senator Bill Dodd and Assemblymember Cecilia Aguiar-Curry, to the entire city council, to four of the five County Supervisors, including Jim Provenza, whose district the 5th mainly resides in, and all four sitting school board members along with Cindy Pickett who just left the board.

If this ends up being a typical election, I think Rochelle Swanson has a clear edge.  If one of the undercurrents mentioned above comes into play, this is the race that seems most competitive.

In the end, I am going with Lucas Frerichs, Will Arnold, and Rochelle Swanson as the picks.  I think the most likely challengers are in this order: Josh Chapman, Dillan Horton, Colin Walsh and Larry Guenther.

I see Measure D with an easy win and Measure B with a narrow one.

19 thoughts on “My View: Looking at Council and Two Ballot Measures”