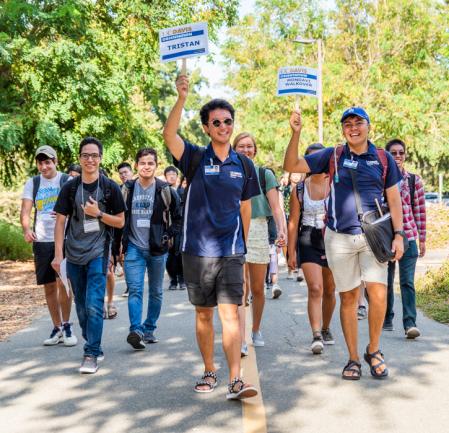 UC DAVIS — Due to the COVID-19 pandemic, UC Davis hosted a virtual Orientation for freshmen and transfer students instead of the traditional in-person orientation for the safety of all hosts and attendees.

Having this flexibility, yet being charged for it, was seen by some as a waste of money to provide a distanced service, while the university communications explained that these costs cover staffing charges for a large number of employees. Concerns were also raised about charging students for a service while they are currently going through a pandemic. UC Davis responded to student concerns by lowering the cost of orientation to their initial prices.

Orientation presentations included categories such as one’s college, clubs and intramural sports and the school’s harassment and assault policy. These were presented in separate sections offered at different times. Some meetings ran at overlapping times, yet the availability of recordings eased problems arising from this.

Previously, at in-person orientation, two presentations would be held at the same time, forcing students to decide which one was more important for them to attend. One benefit of virtual orientation is that presentations were recorded, so students had the ability to watch every one they were interested in.

Some presentations, such as the “Violence Intervention and Prevention Program,” included a Q & A portion, where participants could post questions to be addressed by the speakers. Others hosted a chat section open to students. These sections were live, and comments poured out onto the screen in real time.

One thing that many students desired from orientation was interesting content that involved participants. In the evenings, orientation groups offered students the option to participate in a variety of games offering the element of interactivity and social exchange that students craved.

Jeehoon Kim, a third year computer science major, stated that “although the orientation was virtual, it was much more engaging than expected.”

Another student, Ravina Sidhu, a third year cognitive science major stated, “My experience was overall okay. Although I agree…, it was more engaging than expected, it was still kind of hard to sit there and pay attention to these long Zooms or seminars.”

Many methods of communication were proliferated by clubs or organizations, with most preferring the chat app Discord. Student groups such as clubs shared contact information to allow the student body to keep in touch and socialize by sharing interests or passions.

Elizabeth Anderson, a fourth year animal science major and orientation leader, described the experience she had aiding students, “I was surprised by how helpful and meaningful it still felt, even when it was virtual.”

As an orientation leader, Anderson beamed with confidence and exuberance, excited to share what she gleaned about UC Davis from her time here. Anderson explained that she “appreciated the opportunity to help others transition to the university I love and the ability to pass on things I had learned during my time in college.”

As a message to students she advised that “there was a lot of hard work that the orientation team put in behind the scenes and I hope it paid off!”

Overall, the virtual orientation did serve the intended purpose of providing necessary information to both freshmen and transfer students alike while allowing unintegrated students the option to get involved with the extant student body of Davis, even if only over video calls or chat apps.