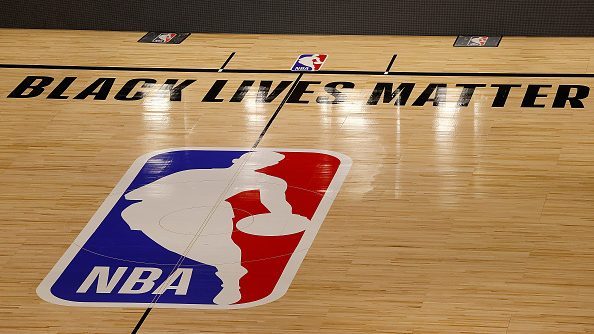 As the NBA Final between the Miami Heat and the LA Lakers concluded, the focus on what is currently going on in the world has not stopped players from speaking up. Players are now becoming vocal and are using their social media platforms to do so.

Over the past few months, some of the NBA players did a walkout where they refused to play any games because of issues with police brutality. In this generation, players join the social justice movement that is taking storm.

When the NBA players went on their strike because of the shooting that happened with Jacob Blake, the players stopped the strike to talk to their owners. Back in August, the league and players announced the establishment of the NBA Social Justice Coalition.

The coalition will focus on issues that include voting, promoting civic engagement and advocating for police and criminal justice reform. This shows how the NBA is becoming more self-aware and proactive to recent issues in social

The NBA is giving players a platform where they can actively use their voice and weigh in on issues in the media. In an interview with Jump Start host Rachel Nichols, Donovan Mitchell discussed his fight for social justice, “NBA and NBPA have done a great job in finding ways to amplify our voice, allowing us guys to use our voice in the ways we want.”

There was worry about players’ receiving backlash when contributing their input on social issues, however the impact is taking the opposite form. Carmelo Anthony, who received the Espy award that year along with Lebron James, Chris Paul and Dwayne Wade, gave a speech on race and violence and a call to action for players to step up and speak out. Anthony stated that “players are powerful enough to create their own league but it would require unity and plan”.

He later elaborated in an interview with ESPN where he explained, “As a society, we have a long way to go in order to experience change. Everyone needs to be on board in order to enact change.”

When the news broke out about this coalition, it was met with both agreement and disagreement. In a statement by former NBA player and Hall of Famer Charles Barkley on sports and social justice, Barkley stated, “What’s happening now, we are now turning into a circus and instead of talking about racial equality, racial justice, economic justice.”

He continued to say, “I think we’re missing the point. We need prison reform, police reform; those are the number one and things to focus on. We need the cops, good cops out there policing bad cops”.

Stephen A. Smith, a Sports television personality who agreed with Barkley’s statement stated, “It’s unfortunate and becoming embarrassing because we are not focused and a lot of times when people talk about the black community quietly among themselves or some of us are fortunate enough to really hear the truth from others outside of our community.”

Smith continued to say, “Black people we are accused of two things being very emotional and without enough strategy.”

NBA fans are supporting the coalition as well however there are some that don’t want to watch the sport anymore because they think it has become more about social justice than playing basketball.

Many feel that players are more worried about what is happening outside the game than the game itself. Ratings have gone down due to this however, players are still continuing with what they want to do and are proving that they are more than their profession as they are becoming the next generation leaders.