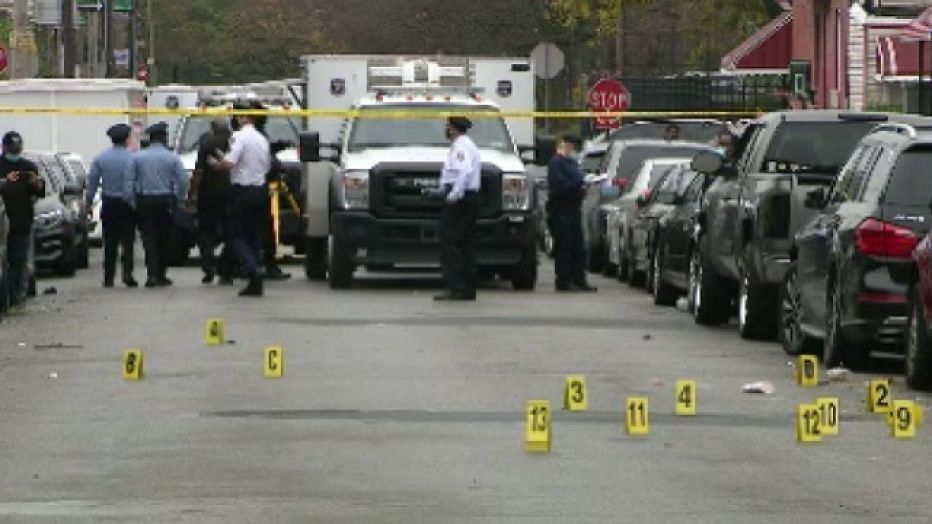 WEST PHILADELPHIA- In the near-dawn hours here Monday, 27-year-old Walter Wallace Jr. was reportedly gunned down by police officers in the neighborhood of Cobbs Creek in West Philadelphia.

Police officers were called to the scene in response to a domestic incident, and they reportedly encountered a man with a knife. Multiple bystanders witnessed Wallace carrying a knife during the officer involved shooting.

However, Wallace was said not to have charged police and was further than arms’ length from them when they fired numerous shots.

Footage posted to social media and YouTube show the shooting taking place. The video depicts officers pointing their guns at a man as he walked in the street and around a car. In the background Wallace’s mother can be heard begging officers not to shoot him.

From the video about 10 shots can be heard…followed by Wallace’s mother’s screams as she ran toward her fallen son.

A screaming woman runs to the body and throws something at the officers. Nearby bystanders rushed toward the body and expressed their discontent with the officer’s actions. “Y’all didn’t have to

give him that many f**king shots!” yells the person recording.

Wallace was transported to Penn Presbyterian Medical Center, where he died shortly thereafter.

The names of the officers who fired the shots have not yet been disclosed. Both, however, were wearing body cameras and were taken off duty pending the new investigation.

In a statement made by Mayor Jim Kenney he said: “My prayers are with the family and friends of Walter Wallace. I have watched the video of this tragic incident and it presents difficult questions that must be answered.”

Emotions in West Philadelphia have begun to run high amidst the outrage at this new police shooting. A crowd of protestors gathered, many of whom witnessed the shooting. In response, officers have arrived at the scene of the protest in full riot gear.

Wallace Sr., the victim’s father, noted that his son struggled with mental health issues and was additionally on medication. He and multiple bystanders questioned officers on video, asking, “Why didn’t they use a Taser? His mother was trying to diffuse the situation.”

District Attorney Larry Krasner also followed the incident up with a statement of his own:

“The Philadelphia District Attorney’s Office takes its obligation to try to be fair and to seek even handed justice seriously,” said Krasner, ensuring that the DAO Special Investigation Unit working jointly with the PPD Officer-Involved Shooting Investigation Unit will investigate the matter.

“We intend to go where the facts and law lead us and to do so carefully, without rushing to judgment and without bias of any kind,” added DA Krasner, urging citizens to provide any witness testimony or evidence  about the incident, and report any official misconduct when they see it.

DA Krasner ended his statement with this: “In the hours and days following this shooting, we ask Philadelphians to come together to uphold people’s freedom to express themselves peacefully and to reject violence of any kind.”