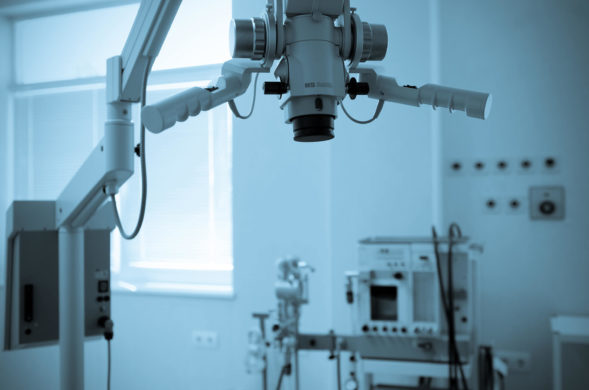 SAN FRANCISCO – San Francisco District Attorney Chesa Boudin has announced that the San Francisco Medical Examiner’s Office will begin a pilot program to expand testing of all toxicology samples from sexual assault survivors from two days to five days, allowing samples from survivors to be tested for sedative agents in a broader time frame following a sexual assault.

This policy is believed to be a first-in-the-nation and includes the broadest protocol for this kind of blood toxicology testing nationwide.

The new protocol was created by the San Francisco Sexual Assault Response Team (SART), including the Office of the Chief Medical Examiner, the District Attorney’s Office and the Department of Public Health’s Sexual Assault Forensic Examiners at Zuckerberg San Francisco General Hospital (ZSFG).

SART said this change will better enable survivors of sexual assault to obtain justice, particularly in instances where a drug was involved, known as a Drug Facilitated Sexual Assault (DFSA).

“Victims of sexual assault crimes are among the most vulnerable crime survivors, given the intimate nature of sex crimes. We hope to create as many tools as possible to gather evidence that can

“We are pleased that the San Francisco’s Medical Examiner’s Office has developed this pilot — something our office has been pushing for — to allow as many survivors as possible to obtain evidence that can be helpful in prosecutions of sexual assault crimes in San Francisco,” he continued.

“This interdisciplinary approach to better serving our community is an example of the collaboration among the various agencies and advocacy groups that is the hallmark of the SART,” he added.

Recent technological developments in the Medical Examiner’s forensic toxicology testing methodologies have enabled the Office to implement the new protocol, according to officials, who said the newly developed and validated methods analyze drugs and their metabolites at lower concentrations and may now allow for their detection in survivors for longer periods of time.

As a result, blood or urine samples can be collected for testing up to five days or 120 hours after a sexual assault has occurred. Improvements in detecting drugs at very low concentrations are vital to improve the chances of justice for the survivor, according to the press release.

The office said these developments are designed to continue to improve the detectability in DFSA cases. The pilot program also builds on previous success in recent years that reduced the time interval from incident to sample collection.

“We are proud to be able to provide such a service that we have developed that permits medical providers to broaden the collection period,” Dr. Rodda noted. “It allows us to obtain potentially valuable evidence of substances in a sexual assault survivor’s system in a much broader time frame.”

Dr. Sarah Metz, Director of the UCSF Division of Trauma Recovery Services, also explained that the pilot is important because of the new time frame it provides survivors.

“Expanding the window for this evidence collection affords survivors more time to decide whether or not they want evidence collected,” she said. “While we encourage evidence to be collected as soon as is feasible to avoid any loss or deterioration of the evidence, this expansion allows survivors to catch their breath before having to make this important decision. We are always striving to enhance our trauma-informed response, and we are excited that the technology is in the step.”

According to the Medical Examiner’s Office, the new protocol also increases efficiency by allowing hospital and forensic staff to collect blood and urine samples during the crucial early period when a survivor first presents after an incidence rather than limiting the time frame to do so.

San Francisco Supervisor Hillary Ronen, who led the push for legislation to create the Office of Sexual Harassment and Assault Response and Prevention (SHARP), showed support for the pilot.

“Surviving sexual assault is a traumatic experience. Deciding to report that assault is a very difficult decision, and many survivors choose never to report,” she said.

“We will be better positioned to stop perpetrators from assaulting again if we give survivors the space and time that is needed to make decisions on how to address the crime. In San Francisco, we will continue to reform the system to be survivor-centered, and this is an important step forward,” Ronen added.

Juana Flores, the Executive Director of Mujeres Unidas y Activas, which works to advocate for and provide direct services to immigrant women, said, “We applaud the collaboration to create more tools to support sexual assault survivors.

“It is critical to provide more time for survivors to assess their options right after an incident occurs. This is a very vulnerable time when their principal focus is finding safety and beginning the journey to recover from trauma.”

The Department of Public Health’s Rape Treatment Center and Child and Adolescent Support, Advocacy, and Resource Center and Special Victim’s Unit also contributed to the launch of the pilot program.