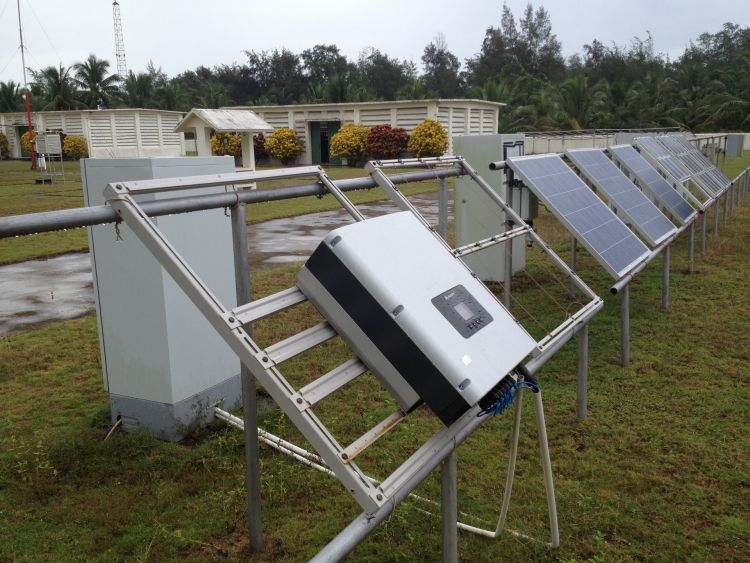 One of the questions many have asked is if the voters approve DISC next week, what companies would have an interest of locating there.  One company with interest is PV Evolution Labs—which already have locations in Berkeley and South San Francisco, as well as Davis.

The solar farm in north Davis on Covell is theirs.  And CEO Jenya Meydbray told the Vanguard of their interest in the DISC location, should voters approve the project.

“The facility we have in Davis is an outdoor testing center, it’s 10 acres of grid-connected, behind the fence kind of outdoor lab,” he said.  “We put next gen equipment out there and see how it performs in the real world.”

He said that Davis is a great place for this testing—with large amounts of sun.  “It is more consistent weatherwise where solar is being installed in the Central Valley,” he said.

It was originally built by PG&E in 1986 to study solar at that time.  He noted, “The city of Davis has a deep history in solar.”

The ten-year-old company, founded in 2010, focuses on reliability and focus testing of solar equipment, including solar panels, solar converters, and battery systems.  Power storage, he explained is an industry that is growing up along side solar right now.

“The majority of what we do is focus on qualifying vendors and products on behalf of large scale institutional vendors,” he said.  “For example, if Wells Fargo or JP Morgan are going to invest in a large solar power plant in the desert or across 5000 residential roof tops, then we do reliability testing on the panels which are mostly coming from Asian manufacturers to see if they can last for the service life.”

This is part of the emerging clean technology field.  There has been a lot of focus on alternative energy, but one of the keys with making solar a viable energy source is the ability to store that energy for use when needed, rather than be bound by times when energy is able to be generated.

That is part of where PV Evolution Labs, or PVEL, steps in.

They are interested in expanding their current facilities in Davis to do indoor testing—but to do that there must be suitable facilities which, right now, there are not.

Meydbray told the Vanguard that they are keenly interested in the Davis Innovation and Sustainability Campus.

“I think this large research center is something that a university town like Davis is lacking,” he said.  “We’re fully supportive of the local renewable tech industry growing and looking forward to being a part of it.”

He explained that, in addition to their outdoor lab testing, they also do indoor testing.  DISC, he said, “does provide for high tech, indoor, very nice facilities.  We are exploring expansion in the facility there.”

He said they currently have just under 25,000 square feet.  “The solar industry in the US is growing by leaps and bounds,” he explained.  “We are riding that wave as the solar industry expands.  We have aggressive expansion plans as well.”

They would be looking to expand into something in the tens of thousands of square feet—not the hundreds of thousands, and not the single digit thousands.

Meydbray said, “As the Bay Area becomes more and more unsustainable—from a financial perspective—there is a move to grow further out and I think that Davis is well situated to be a bit of a technology hub that is close enough to the Bay Area and far enough from the Bay Area to be its own tech hub.”

Meydbray added, “I would argue it’s exactly the right time to invest in building a sustainable research center when looking at the growth rate of the solar industry, the wind industry, the energy storage industry.”

He said, “You could wait ten years and see what happens then, but then the new tech hubs and leaders in that space will have emerged.”