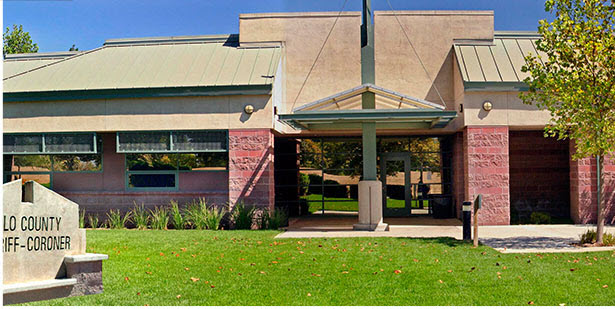 YOLO COUNTY — The Yolo County Board of Supervisors expressed their concerns on Sep. 29 over the lack of alignment between the Community Corrections Partnership (CCP) strategic plan and the CCP’s budget for the 2020-21 fiscal year. They passed the budget and asked the CCP to return in January 2021 with data on its effectiveness.

The CCP’s mission statement is to “protect the public by holding offenders accountable and providing opportunities that support victim and community restoration, offender rehabilitation and successful reintegration.”

Supervisor Don Saylor raised questions about CCP’s alignment of the budget with this mission, saying, “This program has been around for about nine years now, since 2011, I think its original goals were to reduce recidivism and to address the needs of criminal justice at the county level with some realignments that happened at the state. I look at the goals coming up, and the expenditure plan that you have got set out, and there is a little bit of a mismatch for me.”

The proposed budget for the CCP for the 2020-2021 fiscal year is $9,006,987. This seven digit figure will be divided between departments including the sheriff, public defenders, administrative and treatment services.

Supervisor Saylor expressed concern about how the budget would be spent, stating, “Between the original goal and evaluations by looking some time in the future at

establishing evidence based practices, we are spending nine million dollars for the CCP program and only 145K is directed towards specific strategic plan goals.”

In the budget, $145,000 is allocated to new treatment programs for the Yolo County, the cost of jail beds for the sheriff’s department is $2,138,161, and over $1 million is proposed for electronic monitoring (including monitoring individual defendants and the associated administrative positions).

Saylor inquired as to why the CCP annual budget allocated over a million dollars to electronic monitoring. He shared his concern about why the cost of electronic monitoring for the sheriff’s department was steady when the caseload has been drastically decreasing. He stated, “I don’t know if that program is going to continue to be a driver for us in the future or if it’s something over time we want to evaluate”

The supervisors also raised questions about whether the CCP will experience significant changes in funding if the no cash bail system becomes law in California.

“We will look at where electronic monitoring fits in with it,” he continued. “And then right sizing can occur because certainly there are fixed costs associated with operating the electronic monitoring system at a certain number but if that number goes down and stays down permanently then the opportunity for right sizing does exist. This will be discussed by the CCP in the coming year.”

In addition to the worries the supervisors had about the CCP’s budget aligning with the partnership’s strategic plan, they were also concerned about the lack of evidence based practices being utilized and whether the CCP had adequately used its time and resources to help the community.

Supervisor Saylor at one point said, “I’ve got questions about what are the outcomes we are seeing from this program over the years.” He later questioned, “We approved the strategic plan earlier this year, and we are told at this September 29th budget hearing that we would see a budget that reflected that plan.

“I have a question for you, will there be a zero based budget review of the CCP that is designed to focus on its actual goals? Are we actually going to be looking at the outcomes, the performance and whether this nine million dollar expenditure that is supplemented by the general fund whenever there is a budget cut?”

Supervisor Gary Sandy expressed a similar sentiment, saying, “Here you are talking about deep cultural changes, which is what people are striving for, not just budget review and not just budget allocations. I wonder how can you inculcate even with the addition of a social services person in that particular arrangement of individuals deep lasting cultural change, and I don’t know how you can do it from there.

Yolo County Chief Probation Officer Dan Fruchtenicht provided the following response about data on the CCP’s effectiveness: “We do have metrics, outcomes and data. The struggle has been at least for my time on the CCP has been compiling it and getting together and analyzing it. To answer your question, or at least part of it, we do have some of that, we just need that final push, in my humble opinion, to get to that next step.”

Blacklock also offered either a third party or county analyst to monitor the statistical data for the efficacy of the CCP.

Supervisor Saylor was “puzzled and troubled” about why the analysis that had been done was not used. He explained, “When all of the analytic work that Pat [Blacklock] described and your assessment as well, we didn’t use that information to decide how to handle a budget cut that needed to take place, instead it was across the board cuts that implies that we all believe that everything is equal and is of equal value.”

He expressed frustration that “we are nine years into this” and “we are still not at a place where we are making evidence based decisions.”

Supervisor Oscar Villegas felt that taking away funding this year for the CCP would be too fast. He stated, “This system that we are responsible for where the buck stops with us is moving at a pretty good pace, we are not just moving through surface streets we are on a highway moving pretty quickly with a lot of responsibility and a lot of moving parts. You don’t just slam on the brakes on Tuesday cause someone is going to go through the windshield.”

Villegas expressed interest in changing the CCP over time, “We have got to figure out a more thoughtful way of how we are going to make meaningful deep changes to our system that has multiple tentacles and it doesn’t just come with and I know this conversation is going to be for awhile, we are going to continue this conversation but you don’t just start cutting parts of the budget without assessing the impacts of what is going to happen.”

He summed up his thoughts by saying, “I worry about getting too quick to assess specific cuts without fully understanding the impacts in the long term.”

The Board of Supervisors passed the $9 million budget for the CCP. They requested that the CCP provide statistical data of the effectiveness of the partnership in improving Yolo County for review in January 2021, though they did not specify what would happen if that information was not provided by the CCP then.

Jordan Varney contributed to this report.