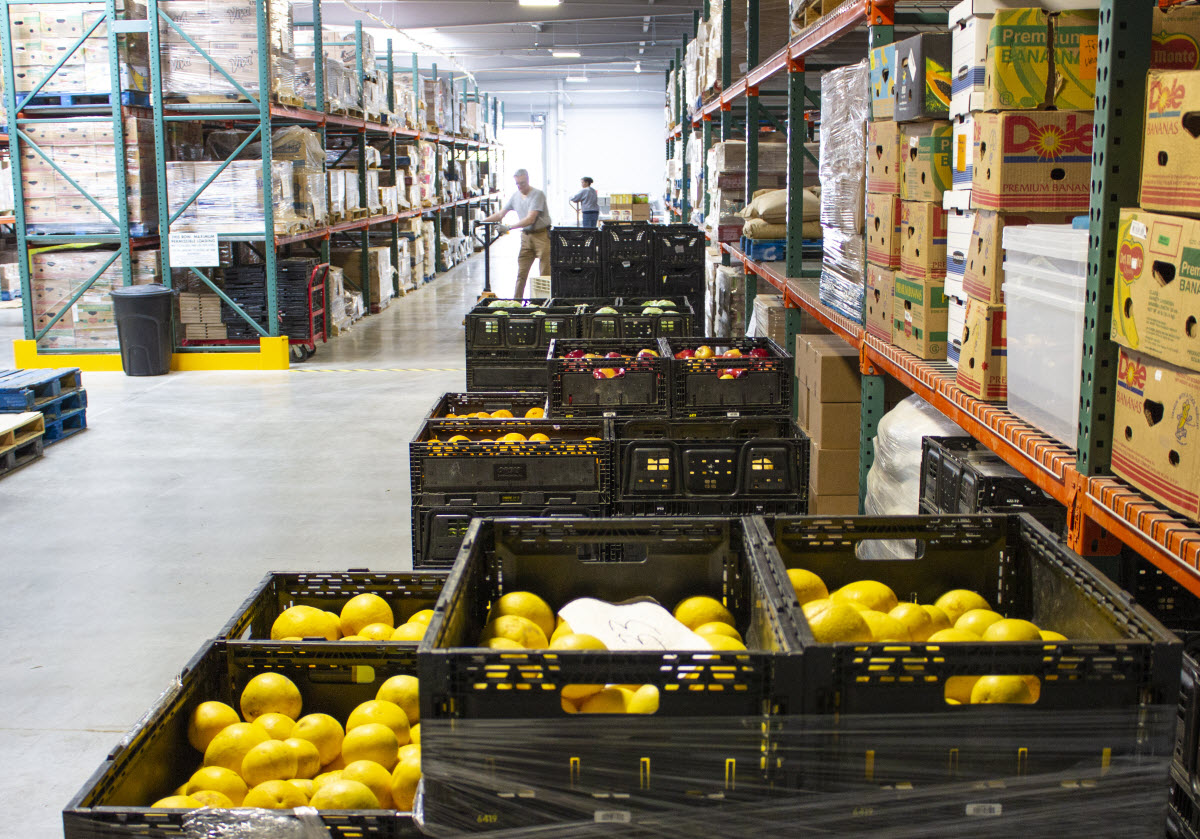 DAVIS — The executive director of the Yolo Food Bank, Michael Bisch, delivered a presentation to the City of Davis Social Services Commission concerning the two entities entering into a collaboration for the public good.

Bisch said, “As a first step we are asking the city to join us in fully implementing California Senate Bill 1383 and for this commission specifically we’re requesting that the commission advocate for such an implementation.”

The presentation consisted of an overview of the Yolo Food Bank’s efforts within the region and the potential to do more for the Davis Community with assistance from the city.

If the City of Davis were to join the efforts of the Yolo Food Bank the first step would be to fully implement the Senate Bill 1383. The legislation was signed into law in 2016 and it mandates that the City of Davis must divert 20 percent of wasted edible food from large grocers, processors and distributors from going into the Central Landfill. The bill goes into effect January of 2022 with quite a few requirements.

monitor food recovery ordinances and they have to plan and fund adequate infrastructure capacity.”

The decision of the City of Davis to implement SB 1383 early and collaborate with the Yolo Food Bank could have enormous community benefits. These would include an elimination of hunger and poverty reduction, conserving the Central Landfill capacity, and taking a step toward saving the planet by reducing greenhouse gas emissions.

Bisch went on to discuss the merit of the Yolo Food Bank as a member of the nationwide Feeding America charity. There are approximately 200 food banks, and 60,000 food pantries nationwide that are able to feed nearly 40 million people.

He informed the commission that since the pandemic has struck the nation, Yolo County and surrounding areas have not been immune to the many socioeconomic effects. There are an increased number of financially stressed households, drug and alcohol abuse, and lower wages due to COVID-19 within Yolo.

Bisch says, “A little bit about the conditions we are facing in Davis and Yolo County, many of the families are struggling so there are a number of online calculators showing that not quite 50% of the families in Yolo County earn less than it costs to live in Yolo county and so it is tough to make ends meet.”

Bisch reflects, “It is not just the individuals and the families being impacted but the community at large. The community is being impacted by additional costs in order to cope with negative impacts. In short every single day in Davis and Yolo county is a disaster. It is a socioeconomic disaster on a similar scale to the natural disasters many other communities are facing. The difference is these other communities impacted by natural disasters, those disasters are of a confined time frame whereas the socioeconomic disaster in Davis and Yolo county goes on and on and on with no end insight. In fact it has been growing fairly steadily since the ‘70s.”

In a positive light, the Yolo Food Bank was able to complete its two year transformation before the pandemic occurred in early 2020.

The facility was able to triple capacity, build and create new strategic partnerships, raise community awareness and overhaul operations. They have also taken initiative since August of 2019 to be compliant with SB 1383 wasted food recovery plans.

Bisch further described the transformation, “It is fortunate for the community that we went through that restructuring plan successfully because just a week or so later we had the first diagnosis of COVID here in the county, and that is when we had the opportunity to increase our partnership with the City of Davis.”

Though the presentation was brief, Bisch concluded with this impactful question, “Do you want to change lives and save the planet?”

He answered, “A formal City of Davis partnership with Yolo Food Bank will do exactly that.”

Public comments were full of positive, and supportive sentiments for a long term partnership between the Yolo Food Bank and the City of Davis. One especially notable comment was made by Connor Gorman, “I think a non profit or the city directly would be very much preferable to a for profit company. I also think that it sounds like Yolo Food Bank has a large capacity for these types of things so that should certainly be the primary agency. But I would like the city and other jurisdictions within the county to partner with other reveling groups as well… in particular Food Not Bombs…I would like to grow in Davis as well as elsewhere in the county.

“And then finally I want to say that these types of programs and services are important under the current system. But we also have to simultaneously think long term and realize that capitalism is unsustainable, unethical and inefficient. And that we really need to be thinking about how to restructure our society so that we don’t have food insecurity and all of these other issues in a society with so much wealth and so many resources.”

Ultimately, the City of Davis Social Services Commission was able to receive an informative presentation on behalf of Michael Bisch so they were aware of the many benefits of a partnership between the Yolo Food Bank and the City of Davis.

The commission will privately discuss whether they will provide their support for the partnership to the City of Davis. This item of discussion will be agendized for a later date so commissioners can ask technical and economical questions concerning the impact and benefit to the regional community.