SAN FRANCISCO- The weeklong hearing on whether the Mesa Verde ICE detention center in Bakersfield should continue to be overseen by the U.S. District Court continued Friday, the fifth day in front of U.S. District Judge Vince Chhabria.

And it featured inconsistent testimony by government officials testifying in the matter.

Plaintiffs, civil immigration detainees, believe that the defendants have demonstrated more than enough incompetence in handling a COVID-19 outbreak at Mesa Verde this past summer, specifically because their misconduct led to a largescale outbreak in the center in July, where about half of the detainees and one-quarter of the staff caught the virus.

The defendants – the government and a civilian contractor – believe there is no longer need for any further judicial oversight over Mesa Verde. Plaintiffs disagree.

From the plaintiff’s team, Attorney William Freeman called Nathan Allen, the facility administrator of Mesa Verde to the stand Friday.

Freeman asked Allen a series of questions discussing what level of knowledge he had at the time of the outbreak in the facility. He included exhibits featuring various email chains and a set of internal notes from Mesa Verde Field Office Director, Alexander Pham.

Included was an email chain from August 4, 2020 between Nathan Allen, Moises Becerra, a member of ICE, and three members from Wellpath (“one of the nation’s largest for-profit healthcare providers for prisoners.“) Brooke Sanchez-Othon, Wendy M. Baca, and Richard M. Medrano.

Attorney Freeman asks Allen, “You were aware that Wellpath was recommending caution against mixing detainees from those two dorms (dorms B and C), correct?”

Freeman then noted, “But that is what you all ultimately decided to do, correct?”

“Yes… but I believe that the next point (in the email) says that there were symptomatic detainees in B dorm,” responded Allen.

Judge Chhabria interjects this line of questioning by asking Allen, “As you sit here today, do you believe that it was a mistake to mix B and C dorms when you did?”

Allen confidently stated “I don’t believe so, no sir… The discussion was what action could we take to mitigate some of the circumstances,” adding “We were looking for the best option in the worst situation.”

At another point in this hearing, Judge Chhabria asks Allen, “At any point before you merged dorm C and B, did anyone from ICE communicate to you that you should not do that?”

Nathan Allen replied, “I do not believe so, sir.”

Judge Chhabria followed with, “What about any of the medical professionals?”

Allen replied by saying “I believe that it was basically cleared by the Wellpath medical care folks… That combining the dorms for both B and C was not necessarily an issue.”

Throughout his examination, plaintiffs’ attorney Freeman pursued a line of questioning that would prove Nathan Allen knew that “he was dodging a bullet” because he knew that he could not properly isolate the detainees testing positive for COVID-19 due to Mesa Verde’s unique facility structural set-up.

Ultimately, Attorney Freeman was able to get  Allen to admit that he did “not have an outbreak plan at all,” despite being the facility administrator.

Nathan Allen has been lucky in this sense. As of Friday, Mesa Verde did not have any current positive COVID-19 tests and none of the detainees have died as a result of contracting COVID-19.

After a lunch break, defendants’ attorney Susan Coleman called Dr. Richard Medrano as a witness. Dr. Medrano is employed by Wellpath and his role at Mesa Verde is the regional medical director. He is involved with policies and procedures and relaying them to his assigned facility sites.

Among many technical difficulties from Dr. Medrano, who had a fuse blow at his home during his examination, which resulted in him losing connection 3 three different times. Judge Chhabria was able to ask, “What is the plan for Mesa Verde to operate in the event that there is no court order?”

“Assuming it’s lifted, we would no longer be doing saturation testing of every single detainee. I would propose and I have discussed with GEO (a secure services government division) as well as continuing weekly testing of 20 percent of the eligible population.”

Judge Chhabria interrupted Dr. Medrano to clarify his question, “Is this what you would propose or does this plan already exist?”

“That part is not written down, but I have discussed it with the chief medical officer at GEO, and we’re in agreement with that part of it,” the witness responded

During the cross examination, Bree Bernwanger from the plaintiffs’ team, highlighted how the written plan that is prepared to be enacted, if the current court order is terminated, does not reserve a quarantine dorm for the “cohort quarantine”.

However, in Dr. Medrano’s testimony in his direct examination by Susan Coleman, claimed that there was a “dedicated dorm for the quarantine cohort.” one that does not currently exist.

Similar to how attorney Freeman emphasized the holes in Allen’s statements, attorney Bernwanger was able to discredit Dr. Medrano in her cross examination.

Attorney Emi Maclean, from the SF Public Defender Office, represented the plaintiffs for the beginning of closing arguments. She included the plaintiffs’ proposed injunction and how it “provides a sound basis for going forward.”

This proposed injunction included what to do in situations regarding detainees who test positive, are symptomatic, who refuse to be tested, how to address intakes, and addressed the general population.

Discussing group intake, Maclean highlighted two options: individual isolation in Med Unit or RHU, or court-approved plan for group quarantine plus exit testing. If detainees tested positive, they would be moved to a dorm that was dedicated toward them.

In an effort to not keep Judge Chhabria longer than 3 p.m., attorney Maclean was not able to continue discussing these provisions.  The hearing continues on Monday. 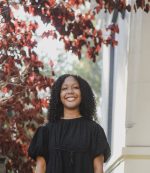