SACRAMENTO – Defendant Aaron Ross flipped the script at the very last second for his defense counsel working to resolve his case.

Ross has been in custody for the past year and a half and was indecisive about the plea deal he was offered this past week in Sacramento County Superior Court, changing his mind three times before finally accepting it at the very last second before Judge Michael Savage put his case back on for trial.

On March 6, 2019, on Sutterville Road in Sacramento County, Ross purposely swerved into the victim’s tractor truck with his own truck. When being arrested, Ross punched the California Highway Patrol (CHP) officer in the head. It was noted that Ross showed signs of being intoxicated by meth and THC while driving.

As part of the plea deal proposed by Deputy District Attorney Danny Lee, Ross pleaded no contest to three of his five charges. The first count was a strike felony of assault with a deadly weapon, his vehicle (PC § 245). His fourth count was for obstructing a CHP officer (PC § 69) and his fifth count was for a DUI, his first time. Counts 2 and 3 were dismissed.

The upper term of four years were sentenced for Count 1 and eight months consecutive for Count 4. No time was given for his fifth count.

Ross was represented by Assistant Public Defender Christopher Parkhurts who had discussed the plea deal with Lee before the hearing took place. Lee was confused when Judge Savage asked if

there was a resolution for the case and Parkhurts replied that they did reach one.

“We were talking on the phone a second ago and you were saying he doesn’t want it, but you are saying he wants it now?” Lee asked.

“I had a feeling he might think twice and he’s decided to do the right thing in my opinion.” Parkhurts stated, “My legal advice is to take this deal.”

After Lee read what the deal was, Ross answered that was what he was ready to do.

Judge Savage proceeded and asked Ross, “Have you had sufficient time to talk with your lawyer about the specific elements of the offense, the consequences of your plea, and any legal defenses you might have?”

“Well, I’m going to give you exactly 30 seconds to check if he’s going to plead or not because we’ve got to finish this calendar,” Judge Savage said to Parkhurts.

Ross still could not answer promptly when asked again if he was ready to accept the deal or not, even with Parkhurts emphasizing that he should.

“You have been in custody for 553 days.” Judge Savage added, “If you haven’t decided what you want to do with this case by now, there’s no deciding. We can set it out for trial again or you can plea. Those are your options. You’ve had a lot of time to think about this.”

“Well, then we’re not going to take a plea today,” Judge Savage said, and began to set trial dates, until Ross interrupted, saying, “Wait, I’ll take the plea Your Honor, I’ll take it.” Ross ensured that he had no reservations about his decision this time.

Ross had his case resolved finally by being sentenced to an aggregate term of four years and eight months to serve in state prison with four years of supervision upon release. He now has one out of three strikes under the Three Strikes Law due to his assault. But he does have the equivalent of 553 days time-served while awaiting resolution. 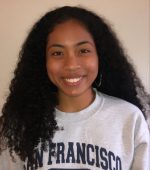