SACRAMENTO – An absentee defendant was released here late last week because of his defense attorney’s clear representation and a judge’s willingness to listen.

The case is from a year ago because Kephart previously waived his hearing date under an admission of VOP, or violation of probation. He was unable to complete a previously sentenced work project because he was in custody in El Dorado County for most of this year. This time was served for a non-strike violation.

Submitting a letter from Khephart’s work supervisor, citing his progress and supportive family, attorney Alberts urged release so that he could continue working on his Project House program.

Alberts said confidently, “He has family. They’re all totally on board for helping him out. I’m in contact with many members of his family.”

According to Deputy District Attorney Ashley Marie Pane, at Kephart’s 47 years of age, his criminal history did not include a single drug offense. In 1997, he was convicted of theft, followed by a misdemeanor DUI. Kephart was also convicted in 2002 for 2nd degree burglary and served probation for a felony forgery.

Speaking to the district attorney, Frawley stated, “Well Ms. Pane, I’m inclined to order him released from custody, give him the opportunity to do his Progress House program, stating the balance of the time, pending successful completion of that program.”

Since Kephart did not attend court, Alberts submitted under Penal Code section 977. This allows for a defendant to waive their appearance in court for misdemeanor cases.

Judge Frawley ordered that Kephart be released immediately and scheduled him a status check for Jan. 11 to consider his program at Progress House. 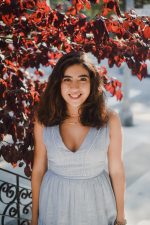 Ariel Abdallah is a senior at Westmont College, majoring in Business Economics. She is from Claremont, CA.