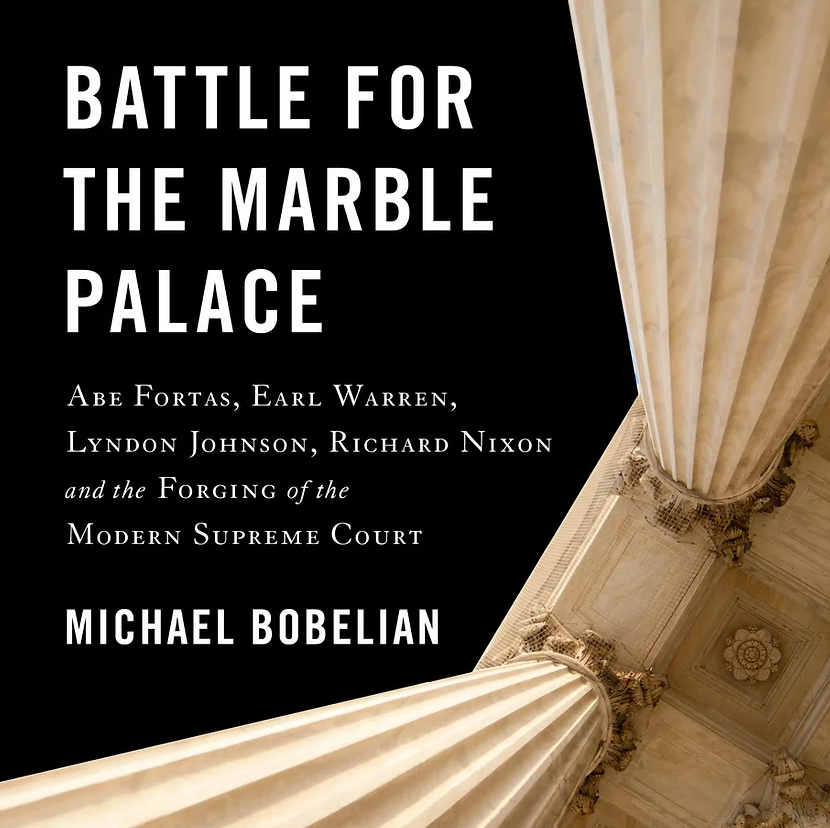 This week on Everyday Injustice we speak with Michael Bobelian, author of Battle for the Marble Palace, which chronicles the 1968 court battle over Abe Fortas’s nomination to elevate him from associate to Chief Justice by LBJ. The discussion has interesting parallels to this current debate over Amy Barrett’s nomination that went through last week.

Bobelian argues that the Fortas battle marked the turning point in the way and manner in which these were conducted. He agrees that the media got their history wrong here, that Barrett’s confirmation being confirmed was not the exception—that of Abe Fortas and Merrick Garland, who were denied, were.

Among the other topics of discussion: the forgotten legacy of Abe Fortas who played a pivotal role at three moments in American history, why Democrats have ended up on the short-end of the stick in their court battles, and the prospect for Democrats—should Biden win the presidency —to reform the court. As Bobelian points out in his book, most efforts have been disastrous and it would be a tall order to do anything that calls for a constitutional amendment.

Davis Vanguard · Everyday Injustice Episode 83: What the 1968 Battle over Fortas SC Nomination Tells us About Barrett

One thought on “Everyday Injustice Episode 83: What the 1968 Battle over Fortas SC Nomination Tells Us about Barrett”