SACRAMENTO – Robert Fox was sentenced late last week in Sacramento County Superior Court to six years in prison after pleading to being a felon with a firearm and admitting a felony strike—and then he walked free.

Well, not exactly. Fox served 1,118 days in jail, and with good-time work credits added to the actual time, Fox served of 2,236 days, which equates to time served of 6.2 years.

According to Deputy District Attorney Nikita Skokov, it all start on or about October 25, 2017, in Sacramento County, when “defendant Fox and named victim who knew each other saw each other driving. They both decided to pull over based on an ongoing dispute they both had.

“The victim approached defendant’s car and a physical altercation ensued, at some point the defendant pulled out a firearm and shots were fired towards the victim as he was stepping away from the car,” said the DDA.

Shelby County, Tennessee, that occurred on Aug. 20, 1999,” including aggravated kidnapping, a strike in California, noted the DDA.

The defendant was also facing an aggravated robbery charge that occurred two days prior to the kidnapping, which is also considered a strike in California.

In California, if a defendant is convicted of any felony with two or more prior strikes, the law mandates a state prison term of at least 25 years to life.

Assistant Public Defender Joshua Kurtz did not dispute the factual basis, and said that the defendant admits to the aggravated robbery strike instead of the kidnapping strike. Skokov stipulated by replying that “it makes no difference to the sentencing” based on the parties’ prior plea deal.

Judge Michael Sweet then asked both parties to confirm their positions as to the terms of their previous plea agreement which consisted of (1) a no-contest plea by the defendant to count 3 for unlawful possession of a firearm by a convicted felon, and (2) admitting a prior strike conviction.

The defendant—who could have gotten 25 years to life—was sentenced to prison for six years, with three years on parole.

But with about three years of jail time and good time credits, he was released on parole as “time-served.”

Judge Sweet added that “any violation of parole would result in a return to custody for up to 180 days for each parole violation. As a convicted felon the defendant is prohibited from owning or possessing firearms and ammunition for the rest of his life.” 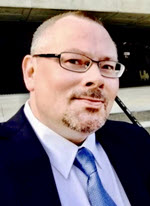