Jackie Lacey is a familiar name to Angelenos over the last decade. Jackie Lacey has served as the District Attorney for Los Angeles county since December 2012. Lacey is the first woman and first African American to serve as  DA in Los Angeles since the office was created in 1850.

Jackie Lacey spent most of her previous professional career as a prosecutor and as an executive in the LA DA’s office. In December of 2012, she was officially sworn in as the 42nd District Attorney, and she was re-elected without opposition four years later.

Lacey was committed to enforcing the law in Los Angeles County, leading the largest prosecutorial office in the nation with a workforce of over 1,000 lawyers and 800 staff employees.

As the incumbent, Lacey was projected to win re-election for her third term. However, during this election cycle, Jackie Lacey conceded the race for her third term, and on Nov. 6, 2020, George Gascón claimed victory.  George Gascón is the former District Attorney of San Francisco and previously served as a police chief in San Francisco. He also succeeded now Vice President Elect, Kamala

Gascón is a proclaimed challenger to law enforcement unions and is a strong believer and advocate for alternative sentencing measures and reducing mass incarceration. In his campaign, he promised fast and deliberate changes in criminal justice policies and prison reform and specifically vowed to stop the practice of trying juveniles as adults. During the election, he received 236,000 more votes than Lacey and he won 54 percent of the popular vote.

Following the election, Gascón assured the public that in office he would fully investigate the abuses of power by law enforcement in the county and maintain strong relationships and ties with minority communities.

Gascón told CBS LA on Monday Nov. 9, “We’re going to involve the community in all of our work and this is the beginning of that process.” Gascón intends to make his office very transparent, open and free to view in the public’s eye.

This succession to Gascón is a new chapter for Los Angeles, and in the wake of the Black Lives Matter protests, former DA Lacey faced extreme criticism for her lack of action toward police brutality. Even before the BLM protests earlier this year, the BLM organization said that they could not get a meeting with Lacey and that they have been unsuccessful for years.

Furthermore, in August of 2020, Lacey’s husband David Lacey was formally charged with three misdemeanor charges for assault with a firearm. This incident occurred on March 2, when David Lacey emerged from their residence and pointed a gun at protestors. There was a viral video that came out from the incident, and he was caught talking to the protestors and saying, “I will shoot you.”

This only added to the opposition and to people who may have been on the fence for her reelection as District Attorney. BLM protestors and the Los Angeles community alike seemed to agree that Lacey’s excuses were not enough.

In addition, Lacey came out and criticized these charges saying that her husband was only trying to protect her.  In response, many people countered that an appropriate response, especially for a District Attorney who is the chief prosecutor of a given area, would have been to call the police if there was genuine fear, like Lacey claimed she was. 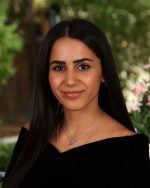 Irvine, California. She is co-editor of the Social Justice Newsdesk for the Davis Vanguard at UC Davis.