SACRAMENTO – Defense Attorney Chet Templeton and Judge Michael Savage were more than a $1 million apart here in Sacramento County Superior Court this past week in a bail hearing.

Templeton described defendant Jose Munoz’s bail amount of $1.5 million to be “ridiculous and unwarranted” in court, requesting that it should be reduced to the bail schedule amount of $85,000.

Judge Michael Savage shot back in response to Templeton’s comment in disagreement that he thought the private defense attorney’s suggestion was “ridiculous.”

“I agree that a million and a half is probably high, but $100,000 for shooting at an inhabited dwelling, you mentioned the word ‘ridiculous’? Let me add that $100,000 for someone who takes a gun and shoots it at an occupied residence, $100,000 is ridiculous. That’s my opinion about that.” said Judge Savage.

Munoz was charged with violating Penal Code § 25400(a)(1), involving carrying a concealed firearm. He was also charged with violating Vehicle Code § 2800.2, which would be recklessly evading the police in a vehicle while driving with a willful disregard for the safety of people or property. His co-conspirator, Ralph Munoz, had his appearance waived.

Munoz is 20 years old with no prior criminal convictions. He was, however, out on bail for a previous case.

“This is about as short of a pursuit as you could ever have,” Templeton argued, “the pursuing officer indicated in the police report that the total pursuit was 0.2 miles. After the officer lost sight of the vehicle, the vehicle then pulled over to the side and then cooperated with law enforcement fully.”

Templeton claimed that the bail schedule already accounts for new crimes that they have a schedule for, including an out-on-bail enhancement. Adding up Munoz’s charges, his total bail according to the

“$1.5 million is ridiculous,” Templeton argued, “the bail schedule says it should be $85,000. My client has all kinds of family in the area that’s supporting him, and he also had a job that he was working at when this happened.”

“I understand that the bail schedule takes into account the out-on-bail enhancement, but there’s what’s to be considered as well as what was he out on, and what was he currently arrested for.” said Moore.

“Essentially he pulled an illegal U-turn as soon as the officers go to pull him over. He almost hits another vehicle, they have to slam on their brakes in order to avoid him, so he’s already placing the public in danger so that he and his co-conspirator, another gang member, can toss the guns out of the window of the car where any member of the public including a child could come across them.

Moore then brought up Munoz’s involvement with the Oak Park Norteños gang, including information on his co-conspirator.

“He ran so that he and another gang member, Ralph Munoz, could discard their firearms,” said Moore, “Ralph Munoz is recently on parole for a gang violation, he’s a well-documented gang member. Jose Munoz has been validated as an Oak Park Norteño and has previously admitted his participating in that as well.”

Moore also stated that he is evaluating Munoz’s case for a gang enhancement, however there are no records available yet to make that determination.

“… In terms of a danger to the public, it’s clear that the bail that he was out on was not sufficient to ensure public safety, given that he is doing a dangerous evasion, albeit a fairly short one, and discarding firearms, and is armed with a fellow gang member. For those reasons, I don’t agree that bail should be set at the scheduled amount as Mr. Templeton is suggesting,” Moore concluded.

Judge Savage asked for the facts regarding Munoz’s separate case involving shooting at an inhabited dwelling, or a violation of Penal Code § 246.

Moore explained that Munoz was out on bail for a case involving himself and two other defendants at a memorial for a gang member. His co-conspirators had social media communications talking about how they were going to “slide back” in retaliation for the killing of the gang member.

They allegedly shot at a house that belonged to a Barrio Franklin gang member, a rival gang. This gang was suspected to have been involved in the killing of the gang member that they were at the memorial for.

“It’s fairly clear that this was an attack on a rival gang member,” argued Moore, “the only reason that there’s not a gang enhancement, quite frankly, is because of the variety of gang memberships of the three people in the car,” adding that the co-conspirators were both at the memorial taking photos with the firearm, which was identified as a ghost gun. This assault weapon was used in the assault by one

of the co-conspirators. Munoz was the driver.

“And again, when they are contacted by law enforcement who suspect that that car was involved in the shooting, Jose Munoz takes police on an evasion. I don’t remember the specific length of it, but the purpose of it was to discard the firearm, which was later found,” Moore continued to explain.

Judge Savage asked what the length of time was between the shooting and the recent incident. The shooting was from November 8, 2019, while the current Vehicle Code § 2800.2 felony violation was from this past October 8.

“Again, this is about as short of a pursuit as you can have,” Templeton argued back, “it barely meets the minimum qualifications arguably for a 2800.2… doubling it (bail) would be appropriate. Putting conditions such as. ‘Mr. Munoz can’t drive unless it’s to-and-from work or to not drive at all’…are conditions that the court can consider, but putting bail anywhere close to where it’s at, to me, is ridiculous and unwarranted.”

While Judge Savage agreed that the $1.5 million was high, he did not agree with Templeton’s “ridiculous” comment, making the statement:

“He’s involved, according to the People, in a gang house shooting, and discharging a firearm at an inhabited dwelling… He evades peace officers in order to discard the weapons in that case, a year later. While he’s pending that case, now he’s involved in another gun caper where he runs stop signs and drives at a high rated speed in a residential area.

“That tells me that if he gets out, and if he’s involved in another incident where police contact him, the odds of him surrendering peacefully that is not endangering someone, including anybody in a residence or anybody who just happens to be driving and unlucky enough to be driving where he drives, is in a precarious position.

“So, at 20 years old, even with no record, that conduct puts the safety of the community at risk, and certainly puts the safety of peace officers at risk for anybody who would need to detain him, should he make bail.” Judge Savage concluded.

Despite Judge Savage’s dissenting opinion, Templeton quickly corrected him about Munoz’s alleged conduct, saying that he was the alleged driver in the incident and that Moore had no position to say that Munoz fired the weapon.

“Okay, well even so,” Judge Savage said, while laughing, “having a car pull up in front of a house and discharge a weapon, whether you be the driver or the shooter, that’s some of the most outrageous, violent, dangerous conduct that people can be involved with.

“So given all that, I will lower the bail, but I’m not gonna lower it much because I feel like based on the previous conduct and this conduct, the defendant is representing to me that he does not, when contacted by law enforcement, he does not concern himself with the safety of the public.” Judge Savage firmly stated.

Templeton stated that this case is a part of a big un-joined co-defendant matter, where all parties agreed to continue to Dec. 10 for further proceedings. 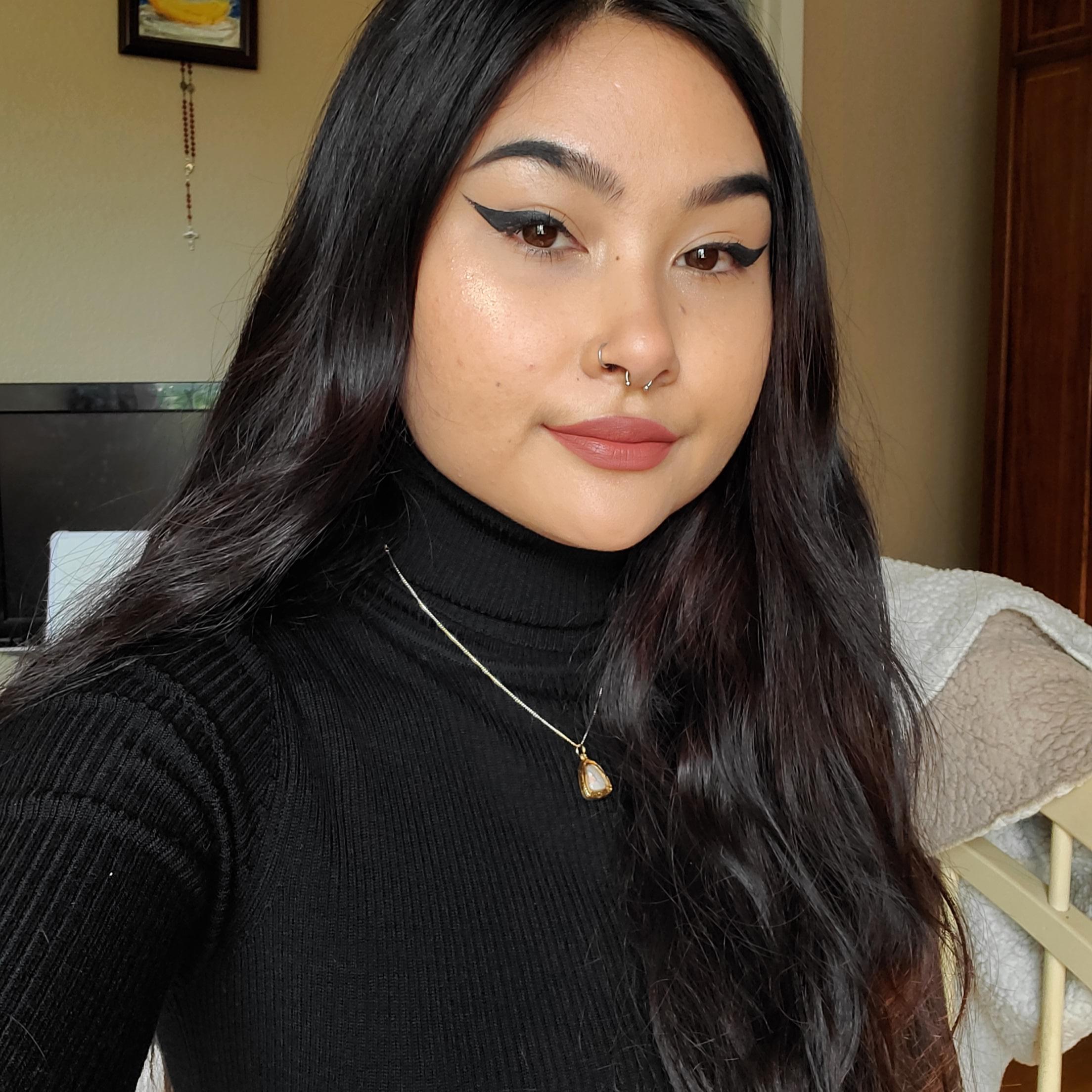 One thought on “Judge Reluctantly Reduces ‘Ridiculous’ $1.5 Million Bail to $500,000 for Alleged Gang Member with No Prior Criminal Convictions”