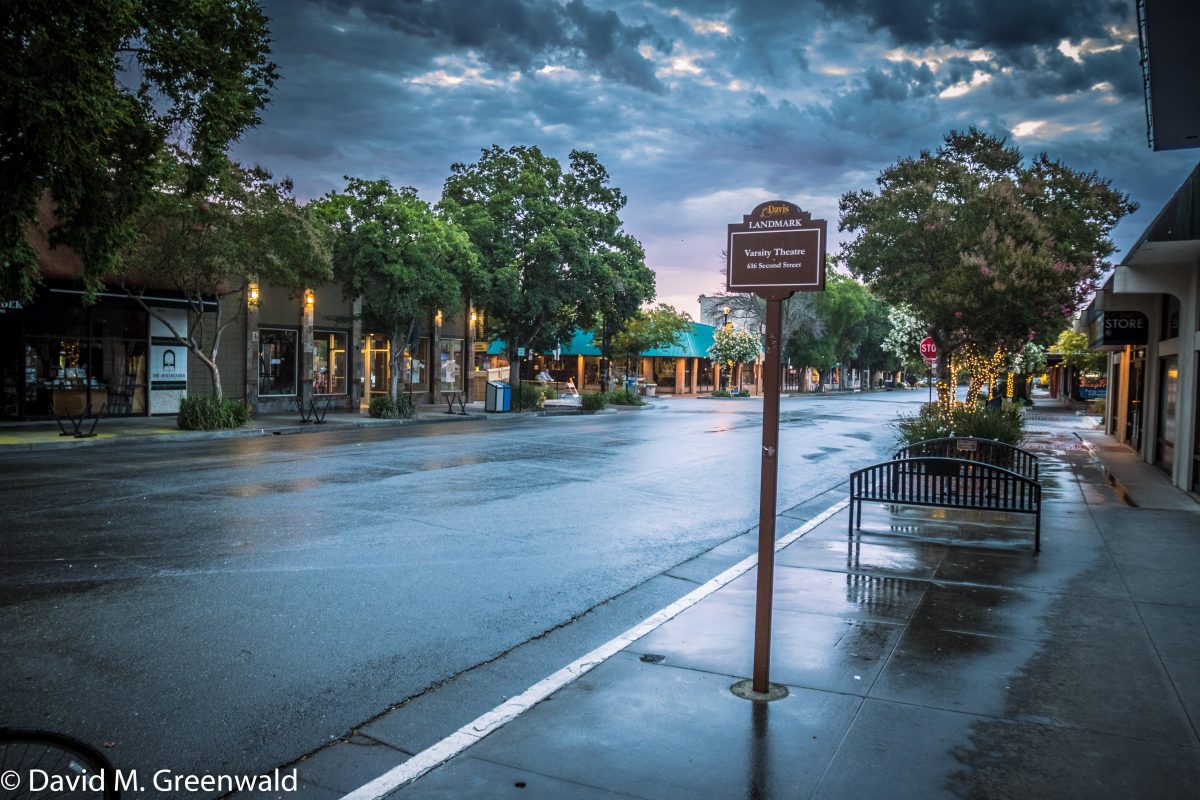 It was 2010 when I watched Bob Clarke of Public Works give a staff presentation for the city of Davis that the city of Davis was allocating no general fund money toward road repairs that I realized there was a problem brewing.  The city had always been able to rely on state and federal grants to fund road repairs, but those were cut off by the Great Recession, and for the most part have not returned.

The cost estimates have gone up considerably since then, but the city’s lack of investment in infrastructure is the basis for the off-the-book deficit the city has been running.

The council – to their credit – has managed to cobble together ongoing general fund monies to shore up the roads, but not completely bridge the funding gap over the last ten years.

The city council has also grown more prudent with respect to contracts for city employees.  After the pension crisis created by increasing pension benefits without prefunding them and another crisis brought on by contracts which greatly increased city employee salaries, the city has held compensation growth over the last few years to at most two percent – some would argue that is still too much, but it is clearly better than the contracts that increase salaries by anywhere from 20 to 36 percent over a four years period a decade ago.

Where the city has fallen short has been attempting to gain the revenue needed to close that funding gap.

After several aborted attempts, they finally put a parcel tax measure on the ballot that would pay for roads.  It fell well short of the two-thirds needed for passage.

They also put DISC on the ballot this year, a research park that could have generated $5 million annually perhaps more at build out – it too has failed.

Smaller ventures such as cannabis and hotels may yet pan out, although the hotel industry has been severely harmed by the COVID pandemic – that figures to be a short-term setback rather than a long-term failure.

For a city that does not generate a lot in sales tax, revenue has always been a bit precarious.  When real estate is booming, the city does generate increases in property tax, although that revenue is limited somewhat by lower turnover rates and Prop 13.

The council will probably next look at majority (50% plus one) vote rather than supermajority (two-thirds) vote revenue measures.  That likely means a Utility User Tax which would require a majority vote and could generate enough to pay for the annual increased cost of a ladder truck and staffing.

Without a innovation center to add about 200 acres and 2.5 million square feet of R&D and office space, the city is quite limited in its ability to commercially expand.

The city recently announced a loan to Inventopia, to allow it to expand its lease at Pena Drive to add two new suites to the two business suites it currently maintains.  That expansion would add over 3900 square feet of new maker space.

The University Research Park is likely to densify.  We saw the first approval last month for the mixed use project that will mainly add workforce housing.  Eventually it could add a few hundred thousand square feet of space to its existing footprint.

There are still a few properties along Second Street that are vacant.  The greenhouse property recently went on the market, 6.5 acres with 25,000 square feet of space for the greenhouse.  That is expected to quickly sell and could close by the end of the calendar year.

But none of that is likely to make a huge dent in the city’s revenues.  The downtown plan could allow for densification but with construction costs and the lack of RDA, it could be years before that ends up resulting in any real impact.

Meanwhile retail continues to ebb.  The opportunity for retail expansion has long since closed and the only question is really how far it will contract and whether it will continue to harm the city’s revenue in the form of sales tax.

A few years ago we pointed out that the city looked overall to be in good shape.  The parks and greenbelts remained attractive, quality of life in the city was good, crime was still relatively low, but we warned that the city was sitting on the edge.

The question of where the revenue is going to come from is likely to hang over the next council.