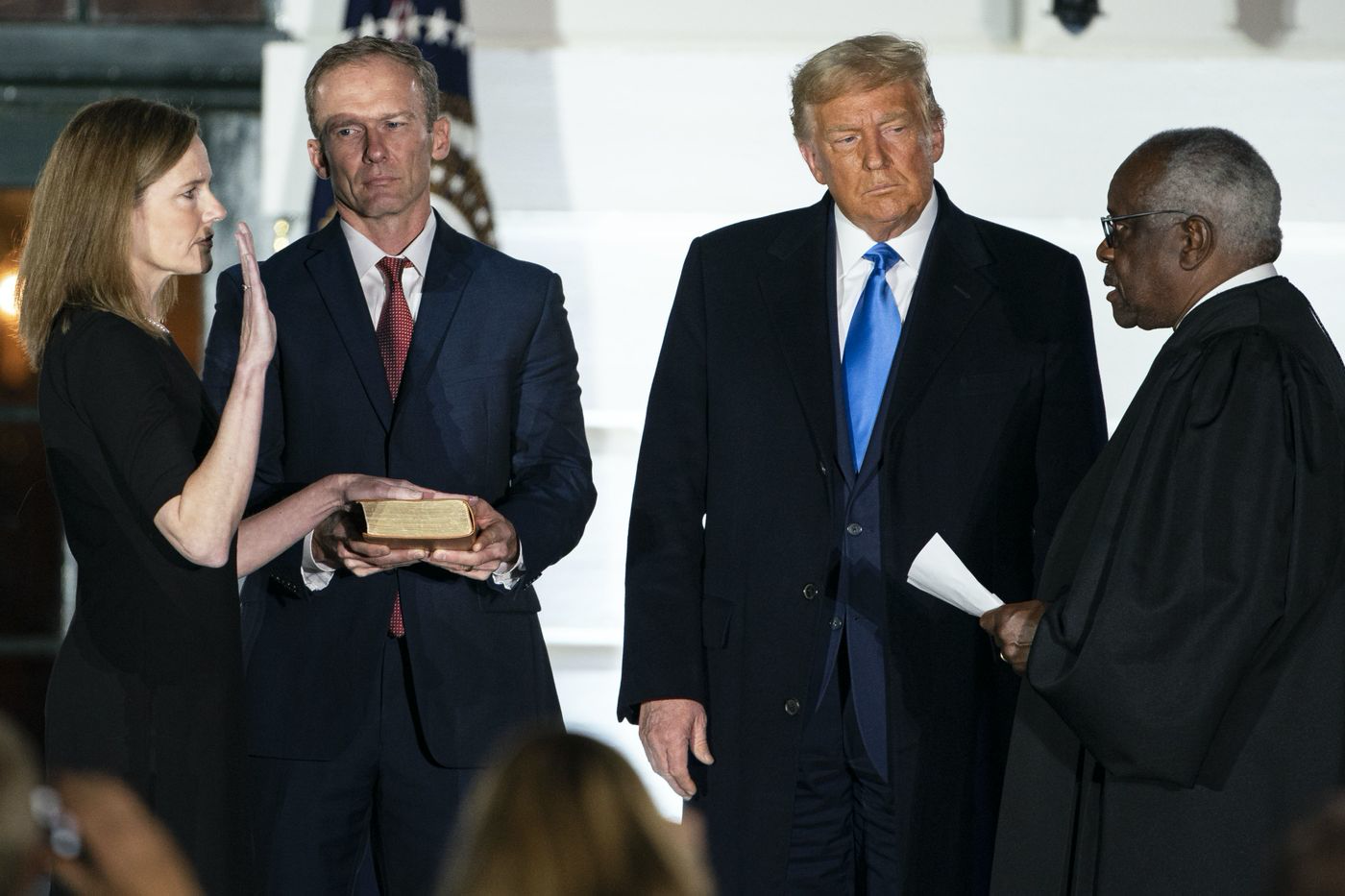 On Oct. 26, Amy Coney Barrett was confirmed as the new Supreme Court Justice and her appointment has created a predicament for liberals. Republicans now have six of the nine seats and may place civil liberties and women’s rights in danger of being overturned.

It looks like many individuals will need to continue to fight for these current rights. Liberals perceive that Barrett’s placement may be the beginning of what will be a backward path.

Technically, the likelihood that many established civil liberties will be denounced is extremely low; however, several issues like abortion may be in danger.

Removing abortion from women’s rights will be a tragic move that undermines the very concept of democracy. Not only would such a rule go against the popular opinion on abortion, but it would also show that individual liberties concerning agency are still open to condemnation.

According to The Boston Globe, “[Barrett’s] track record doesn’t look good for people who support choice.”

During her confirmation hearing, Barrett was asked about Roe v. Wade and she was nothing but evasive. The lack of response led to Senator Feinstein’s response: “It’s distressing not to get a straight answer. So let me try again. Do you agree with Justice Scalia’s view that Roe was wrongly decided?”

Barrett’s answer: “Senator, I completely understand why you are asking the question, but again I can’t pre-commit or say yes.”

Indeed, her silence is very troubling when all of our civil liberties are at stake.

As the The Boston Globe author, Mary Ann D’Urso, explained, “Barrett, a fellow Catholic, was barely born, much less experiencing the cultural atmosphere of the country in the aftermath of Roe.”

“I fear for the future of women of child-bearing age and their right to control their own bodies. I was one of the lucky ones. It was the right decision then. And even though I never married or brought children into the world, it is the right decision now.”

The constitutional right for legal abortion is one which was hard fought and won. Justice Ruth Bader Ginsburg was one of the many individuals who fought to give others this freedom.

Replacing such an icon with an individual who will likely overturn her life’s work is nothing more than disrespectful.

As reported by NPR, Ginsburg’s dying wish was to not be replaced until the presidential election is concluded. The Trump Administration did not honor her wish and are further dishonoring her by placing a Justice that stands contrary to what Ginsburg stood for.

The bold letters and lack of context make it seem as if this occurred in a well-balanced vote. And as a reminder, we should keep in mind that conservatives were already in the majority before her confirmation, and adding her only increases the gap.

Interestingly, some of the new perspectives Barrett will bring, according to the White House, includes her motherhood.

The concept of motherhood is being used as an advertisement in a time when women are worried that abortions are becoming illegal again. This decision is inappropriate because it is evidently used as a loaded term.

It may be erroneously forcing a division between the notions of mothers and women since Barrett, as a mother, is implicitly made to look pro-life.

“Justice Barrett is the first mother of school-aged children to become a Supreme Court Judge,” is placed at the forefront of their bullet point list.

This is interesting because as The Wall Street Journal reports, “Pro-life voters who aren’t enthusiastic about Donald Trump could be inspired to vote for him.”

And Barrett as a mother figure who has said, “[Scalia’s] judicial philosophy is mine too,” will eventually and publicly show her true colors. But for now, she does not have to; her placement as a Supreme Court Justice is enough to sway several pro-life voters.

The White House also included this statement: “Justice Barrett is the very model of a sympathetic yet impartial judge, according to her colleagues at Notre Dame Law School. She is exactly the type of person whom the American people deserve to have sitting on their Supreme Court.”

Personally, it seems to me that Barrett uses impartiality as a facade used to hide her true intentions. The impatience that Senator Feinstein had towards Barrett during the confirmation hearing was felt by many of us.

It is obvious that everyone has personal biases, and Justice Barrett is not excluded. The infuriating aspect is when a Justice takes the role of a politician. Previous comments, which were a trademark of their biases, are reframed to give the appearance of their impartiality.

USA Today reported on a tweet by some Girl Scouts who congratulated Barrett while simultaneously creating outrage from critics; subsequently, after deleting the tweets, followers of Barrett soon joined in the barrage.

The tweet said, “Congratulations Amy Coney Barrett on becoming the fifth woman appointed to the Supreme Court since its inception in 1789.”

One reply tweeted by U.S. Rep. Ayanna Pressley said, “What kind of patch does one earn for uplifting a woman who is the antithesis of justice?”

The appointment of Amy Coney Barrett was disappointing for many liberals and the backlashes to the tweet have a point. Barrett’s achievement of becoming the fifth woman to be a Supreme Court Judge is overshadowed by the events that prelude her appointment.

The icon Ruth Bader Ginsburg had just passed away.

Having the majority of the seats, the Republicans decided to appoint a Justice without any regard and respect for democratic opinion.

The hypocrisy by the Republicans is what makes the matter scandalous. Similarly, in 2016, during the Obama Administration, the appointment of a Supreme Court Justice was also conveniently wrong to do during a presidential election.

Another tweet by actor Amber Tamblyn said that the post was “really disappointing and won’t age well when access to safe abortion and the healthcare needs of millions of women and girls [are] gutted in this country because of Barrett’s addition to the court.”

As a matter of fact, Barrett’s position has been the final nail in the coffin for many liberals. For me, it brings a degree of apprehension knowing that there will be significant changes underway.

When the tweet was deleted, the responses did not end there. The Independent Women’s Forum posted, “Of course the @girlscouts caved to the mob and deleted this tweet congratulating Amy Coney Barrett. SAD.”

Now, what is truly “SAD” is the responses the tweet received by Barrett supporters. Instead of trying to uplift them by agreeing that having a fifth woman as a Supreme Court Judge is a great achievement, they continue to belittle the girl scouts.

In this time of controversy, transparency should not be punished. This may lead to people becoming cagey about consequential topics, which may in turn be detrimental to having serious discussions.

We should be direct while also attempting to be considerate.

The removal of the Twitter post shows that people readily confine their opinions when harshly criticized. This is an outcome that is undesirable in a democracy.

Without a doubt, the current concerns brought by Democrats are very real, and we should prepare ourselves to have open discussions about liberties. Hopefully, dissent will not lead more individuals into hiding when these difficult issues must be addressed.