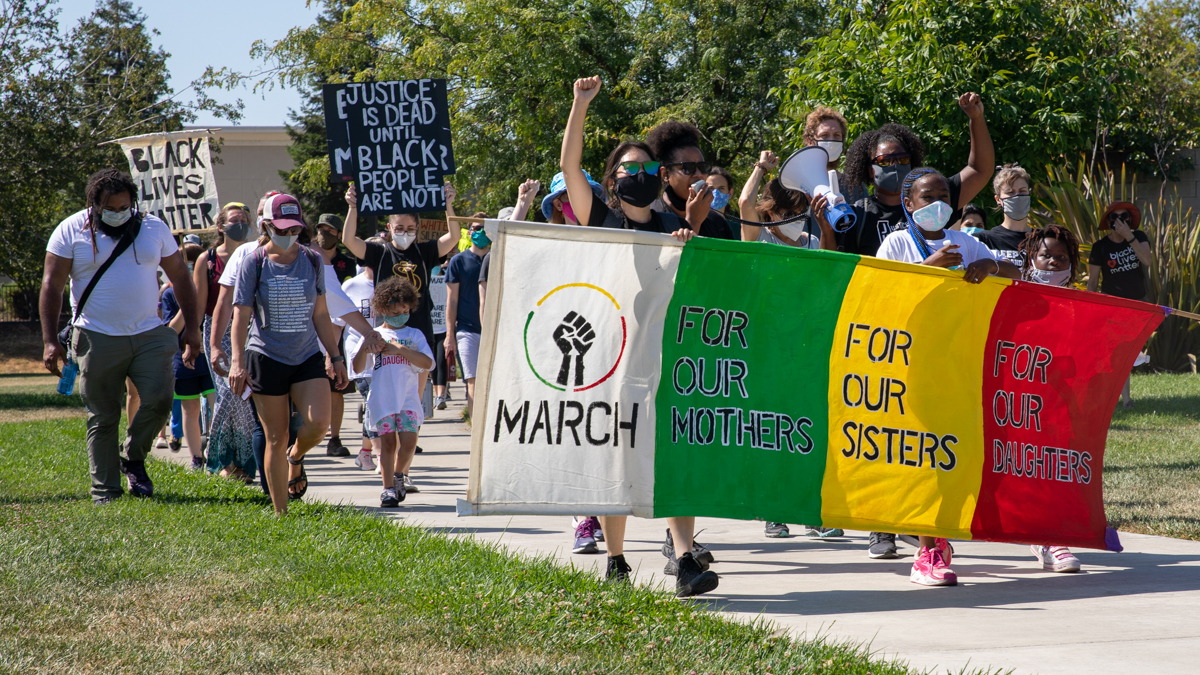 In 2016 my daughter, then age 6, was excited.  She thought she was going to see a “girl” elected president for the first time.  She didn’t quite understand the historical implications of it all, but it was important to her and she was brokenhearted when Hillary didn’t win.

To make matters worse, Donald Trump won, which for my kids was a horrible outcome—they saw him as mean, uncaring, and not particularly bright.  I may be polishing up the language slightly.

This year has been about primarily two things—a gross mishandling of a pandemic that has disproportionately struck communities of color, and a series of protests following the death of George Floyd that has brought back forward the issue of racial inequality and structural racism.

But missing from that conscious conversation has been another issue—women’s rights.  This year marks the 100th anniversary of the 19th Amendment.  Black people, for all the horrible injustices that they have suffered in this nation’s history, were granted at least the legal right to vote more than 50 years before women were.

It was half a century before there was a woman on the ballot for one of the major parties.  It took until 1984, when the doomed Mondale campaign put Geraldine Ferraro on the ticket as his Vice President.  In 2008, Sarah Palin (nearly a quarter century later) was the next candidate.  2016 is when Hillary Clinton became the first woman as Presidential Candidate for a major party.  And, finally in 2020, Kamala Harris became the first woman to be elected Vice President in the history of this nation.

When she got up there, my talented and beautiful daughter and all of my amazing and beautiful nieces could look up and see their own possibilities.  They will grow up in a nation where they know that Kamala Harris may be the first, but she certainly won’t be the last woman in a position of leadership and power.

The issue of women’s rights becomes much clearer to someone who starts to see the world through the eyes of his daughter.

But it was an eye-opening experience a few years ago, as I sat in the Vanguard office chatting with one of my assistants and a few of the interns we had at that time.

The eye-opening part of all of this—this happened on a regular basis.  This wasn’t something that was rare.  It had become part of their lives.

It was around this time that the me-too movement had started to bloom and people all over the nation became aware of what women have to endure in the workplace on a regular basis.

The notion of believing all women does not mean to literally take all complaints as a valid truth, but rather it means to take seriously all complaints and do not sweep them under the rug.

We have allowed women to be treated as second-class citizens in our midst too long, and that is not the world that I want my daughter to have to grow up in.

Those thoughts raced through my mind as I watched Kamala Harris go up there and realized that, for millions of young girls, this moment meant so much.  Seeing a strong and smart and successful woman, a woman of color no less, get up there as Vice President-elect was a reminder to them that they can accomplish so much in this world.

The year was a really horrible year.  On a personal level it is hard to accurately describe this year.  The loss of my brother-in-law to COVID early on.  The mental health struggles that our oldest child had on an ongoing basis.  The mental strain on the two younger kids of having their worlds ripped away from them.  The utter frustration at this nation’s political landscape.

The national political scene bleeds over into the personal life now all too often.  My daughter worries about the kids separated from their families.  I worry as a parent of three mixed-race kids about the interactions they will have with police as they get older.  How will the police respond to a large man of color who may not respond the right way to their commands because of mental illness?  It keeps you up, it wears on you.

The emotions flooded out.  I am not naïve.  This isn’t a fairy tale.  This isn’t a Hollywood movie where the hero takes the oath of office as the credits scroll across the screen.  There is no happily ever after in real life.  We simply close one chapter and open another.

But I slept last night better than I have in months, knowing that in the morning it would be a new day.  And hopefully for millions of little girls like my daughter, they dreamed of the day when they would be the one up there speaking to tens of millions of Americans.

60 thoughts on “Sunday Commentary: For My Daughter, for My Children, for Our Country, for Our World, This Time Was Deeply Personal”