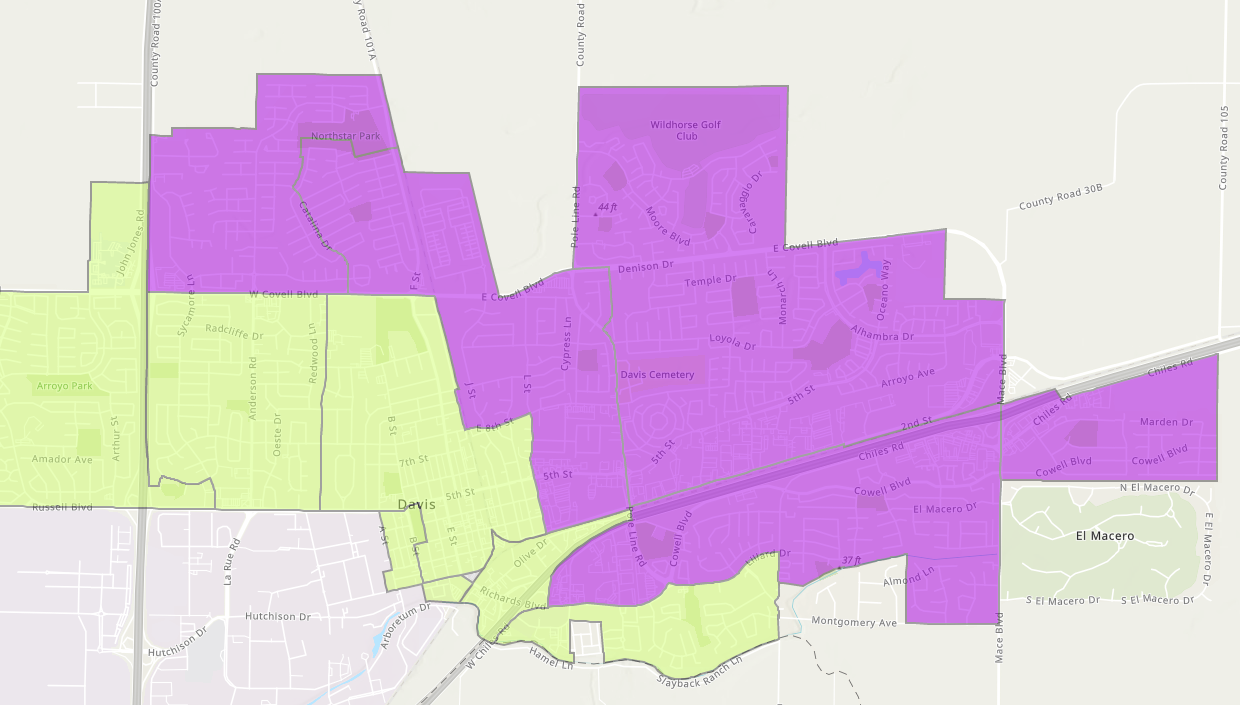 It wasn’t a tremendously long time ago when slow-growth progressives actually controlled the city council—Ken Wagstaff, Sue Greenwald and Michael Harrington.  But in the last 20 years, slow-growth candidates have lost ground and, while activists can still muster votes to defeat projects like DISC, the candidates running on those positions were largely not competitive.

You would think that a candidate, who takes a clear position aligning with opposition to a key and polarized ballot measure, would be able to ride the coattails of that ballot measure—but that hasn’t proven to be the case for the most part.

A key example is, in 2016, when Jose Granda ran for the school board in a four-candidate field.  While Measure H won overwhelmingly, 72-28, had Granda pulled most of those votes, he would have been in the race.  But he only pulled 15 percent of the vote or 19 percent of the ballots, underperforming the No on H showing by over 2000 votes.

There was not enough opposition to Measure H to allow him to win, but he would have faired competitively under those conditions.

We saw something similar in the council election this year—the two opponents to Measure B that could have been competitive did not fare well at the polls.  Larry Guenther lost by a nearly 2 to 1 margin, in a district where Measure B went down by about a 200 vote margin overall.  In District 2, Colin Walsh was the only opponent to Measure B.  The two candidates that supported Measure B actually got nearly 79 percent of the vote, while Walsh finished third with just 21 percent of the vote.

To illustrate the issue we can look at Precinct 38 in the Second District.  Measure B trailed by 45 votes.  The No on B vote percentage was 50.8.  But among council candidates, Will Arnold, a strong supporter of B, received 51 percent of the vote to 28 percent for Dillan Horton, who also favored the measure, and just 20.9 percent of the vote for Colin Walsh.

Nor is this a new phenomenon.  In 2016, there was the highly contentious Nishi on the ballot.  It ended up losing by 700 votes.  There were just four council candidates that year for three

seats, and all four supported the measure.

Two years later in 2018, with another contentious ballot measure on the ballot, again Nishi, this time it would pass 60-40.  Nine candidates for two seats and the two strong opponents of the measure finished a relatively distant fourth and fifth.

The question I think is why.

There are two theories here.  One of them was offered way back in probably 2007, by Sue Greenwald.  She believed that Measure J hurt progressives because she believed that voters felt like they could stop big projects with their vote and therefore they could vote for people whom they liked for other reasons.

It is an interesting theory and there may be some merit to it, but ultimately I think it falls short.  The people who end up supporting the slow-growth candidates are in fact those voters who are devoted to slow-growth policies.  The problem is—there aren’t that many of them at this point.

That suggests that, while voters may oppose projects, slow-growth candidates will have trouble competing unless they can form broader coalitions than just those on issues centering around growth.

The portion of the population that is absolutely opposed to growth or mostly opposed to growth has actually shrunk a good deal over the last 20 years.  A large number of people who were polled, for instance, last year saw housing and lack of affordable housing as the most important issues facing the community.

When they are voting against projects—for these votes—it is on a project by project basis.

We see this in the voting patterns for the last two projects that were defeated.  In 2020, the strongest concentration of opposition was on the east side of town—the portion of town most impacted by traffic effects.

In 2016, the strongest concentration of opposition was right down the middle of town, where Richards Blvd. was going to impact the most.

The maps suggest, as we pointed out in yesterday’s column, proximity concerns rather than a set opposition to growth.

Because most of the voters are in the fuzzy middle on growth issues, they are not necessarily going to make their vote for council primarily on that issue—and we saw that bear out in both 2018 and 2020.  The candidates that won did so on the basis of a broad array of issues, not a single issue of focus.

This has a bearing on the Fourth District race in 2022.  Gloria Partida would face reelection in that district if she choses to run again, and that district voted overwhelmingly against Measure B.  Will that make it hard for her to win reelection?  History suggests no.

Incumbents in Davis have tended to do very well for the most part.  And, in fact, the two actual incumbents who chose to run fared well this time, with both Lucas Frerichs and Will Arnold winning handily.

What is interesting is that Rochelle Swanson, who had served two years on the council, and was out of office for two years, lost 43-29 in the Fifth District.  She wasn’t really an incumbent—and thus did not become only the fourth incumbent to lose reelection in this century.  And there is the oddity that she was running in a new district, but that was an interesting result that bears more scrutiny in future installments.

56 thoughts on “Sunday Commentary: Projects Can Be Defeated, but Slow-Growth Candidates Largely Not Competitive”