The UCLA soccer player now trying to turn professional was awarded a new defense attorney after firing his current one, and a judge released him from custody on zero bail so he could see a doctor to treat his soccer injury.

The court began with a representative from the Law Offices of David Chesley stating that the firm would no longer represent Mabrouk, leading to Mabrouk being represented by Assistant Public Defender Michael Mullen.

Judge Geoffrey Goodman questioned the switch of lawyers, and Mabrouk stated that his family hired the firm, but he did not want to retain them as his representatives.

PD Mullen needed a minute to catch up on the case, and then noted that the reason for this court appearance was to examine a doctor’s note. However, this was missing as Mabrouk had not yet seen his doctor.

Mabrouk, who is charged with loitering with intent to commit a crime and resisting a police officer, needed to see his doctor in order for the case to move along. Mullen then requested a breakout room with Mabrouk to talk over some of the issues and get more acquainted with the case.

After they returned, Judge Goodman questioned why Mabrouk had missed multiple court appearances in the past.

In response to this Mullen stated that there was confusion on Mabrouk’s end. He apparently was never notified of missing any appearances. This also meant that he was not notified about future court appearances.

Mullen then requested that Mabrouk be released from custody, stating that both charges were only misdemeanors and Mabrouk should not be held in custody during the wait period before the next court appearance.

Mullen said the defendant lives with his parents and he also has a car so he can make it to court. Mullen also stated that he was given the phone numbers of both of Mabrouk’s parents and will be in close contact with Mabrouk so he does not miss another court date.

Mullen also stated that Mabrouk “graduated from high school and went to UCLA for three years before stopping to try to become a professional soccer player. He tore his ACL and he had surgery,” which is one of the reasons that he needs to see his doctor.

Replying to the request, Deputy District Attorney Frederick Gotha stated that he was fine with this request.

Judge Goodman replied that this would be fine on the basis that Mabrouk needs to meet with his doctor before the next court date. He also informed Mabrouk that if he missed another court appearance he would be arrested and put into custody for a year.

The next court appearance has been scheduled for Feb. 10. 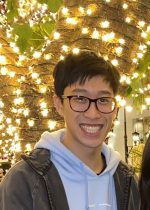