FRESNO – Despite objections by the Deputy District Attorney, a Fresno County Superior Court judge this week decided to release defendant Sandra Contreras despite her long history of failing to appear in court.

Contreras, the sole financial provider for her 11-year-old daughter, revealed to Judge Jeffrey Hamilton Jr. during her arraignment that she has had a “tough couple of years.”

Prior to her charges, Contreras worked for the state as a certified nursing assistant at a veteran’s home. It was when she lost her job that, in the words of the judge, Contreras “got a little sideways.” In 2018, Contreras was arrested on three separate instances and charged with possession of a controlled substance twice and battery. The following year, she was charged with shoplifting on Christmas Eve.

At the time of her arrest this month (outstanding warrants), Contreras was unemployed, having lost her job as an in-home care provider due to COVID-19.

During her arraignment, Contreras and her attorney, Assistant Public Defender Mackenzie Reid, asked the Court to allow her to be released so that she could provide for her daughter.

“She does have an 11 year-old child that she is the sole and financial provider for. She does need to get back to providing for her daughter,” Reid told the court. According to Reid, her daughter is currently with (Contrera’s) grandfather, who Contreras has been living with for over a year.

“She has lived in Fresno County her entire life. All her friends and family live here…she is not a flight risk,” the PD continued.

DDA BreAnne Ruelas objected to the defendant’s release, arguing that like in the past, she would probably fail to appear in court.

Ruelas said, “The People would object to OR (own recognizance) given the amount of failure to appears (FTA) in all of her cases and the fact that she picks up cases, fails to appear and picks up more cases,” adding that Contreras now has four cases.

DDA Ruelas noted the defendant had three FTAs in her first controlled substance case, two FTAs in her second, one FTA in her battery case. “I feel like there will be more FTAs if there’s not something to incentivize [her] to come to court.”

Yet, PD Reid had informed the court that Contreras was never given a citation for her 2018 battery case until January this year. The same was true for one of her 2018 controlled substance cases as well. “She did not have notice of those cases at the time,” explained Reid.

When weighing his options, Judge Hamilton Jr. asked Contreras what she should do if released on OR.

Contreras replied, “Take care of my daughter and try to get my life together.”

Judge Hamilton Jr. pushed further. “How are you gonna do that?”

“Look into a couple different programs and just try to straighten things out. This has been an eye-opening realization. I have never been in jail before,” she answered.

Contreras reassured him that she would come to court, and Judge Hamilton Jr. then made the decision to release her.

After that, PD Reid moved onto Contreras’ actual arraignment, entering pleas of not guilty and setting a date for her upcoming hearing.

“I will give you my word, I will see you again,” affirmed Contreras to Judge Hamilton Jr., who said, half-jokingly, “I really hope you do. It will make me look bad if you don’t.” 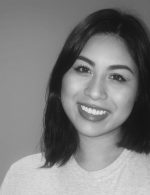 Roxanna Jarvis is a fourth-year student at UC Berkeley, currently majoring in political science with a minor in public policy. She is from Sacramento, California.