FRESNO – The victim of domestic abuse told the judge here in Fresno County Superior Court this week that she was feeling “blessed.”

And she then asked Judge Francine Zepeda to modify a no contact order between her and the man who was charged with multiple felonies involving domestic abuse more than a year ago. The victim asked for a “peaceful” contact order instead.

The abuser, Nicholas Chapman, then explained to the court that he has been attending court mandated domestic violence classes at Marjaree Mason Center for the past seven weeks, and will be

completing the eighth session this week.

The judge then allowed the victim to be heard.

The victim noted she is appearing on behalf of herself, her children, and Chapman—the two have two young daughters together. She believes that her family is ready for a peaceful contact order, if it is possible, and asked the judge to consider it.

The victim explained that her home is a sober environment, that she regularly attends church, but that she has not been attending battered women classes or any other programs of that nature.

Judge Zepeda thanked her and agreed to modify the current protective order in place, but not in full compliance with the victim’s and defendant’s wishes.

Chapman will receive one week of digital communication with the victim and his daughters, starting on Dec. 18. The judge said he will now be able to spend time with his family over the holidays, albeit digital.

Judge Zepeda explained that Chapman will receive a full peaceful contact order when he completes all of his courses at the Marjaree Mason Center in late March of next year, pleasing the defendant and the victim.

Court proceedings will resume on March 23 at 1:30 p.m. where Chapman is to present a new report verifying his attendance in full. 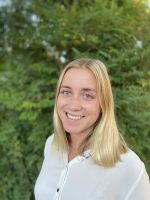 Emma Phillips is a third year Communication major with a double minor in Political Science and Computer Science at UC Davis. She is originally from Santa Ana, CA.