The Davis Vanguard is an online news forum that provides coverage of criminal justice reform and courts throughout California and the nation. In 2006, the Davis Vanguard began to cover Davis and Yolo County groundbreaking, local news concerning government and policy issues affecting the city, schools, and county. In the past few years, the online news source has been able to expand to Sacramento and the surrounding regions.

The team encompasses roughly 40 to 50 interns who monitor and report on live court proceedings in more than six different counties throughout California, from the State Capitol of Sacramento to the Greater San Francisco Bay Area, the Central Valley and Southern California.

Reporter Koda Slingluff: On Dec. 14, Dept. 10 heard Ronald Seay’s preliminary hearing. Seay was accused of homicide outside of a library in Sacramento. The victim was shot in her car 11 times. If the defendant was guilty, then his motivation was likely because the victim (who worked at the library) had just banned Seay from the premises. One witness called for questioning was a homicide detective who worked on the case.

Reporter Alana C. Bleimann: On Dec. 14 in Dept. 10, Judge Ernest Sawtelle found defendant Ronald Seay guilty of a homicide in a local Sacramento library. Seay was antagonizing the victim, the library’s supervisor, and verbally harassing other library members many times throughout a period of two months. In Dec. of 2018, after Seay was given an order of trespass from the city, the victim was found dead at the library after “multiple shots were heard” and Seay was linked to her death by way of two incriminating vehicles and guns inside them, according to prosecutor Rod Norgaard and multiple officer witnesses.

On Dec. 16, Judge Sawtelle found defendant Teunie Turner guilty of a DUI car accident in which multiple victims suffered considerable injuries. Deputy District Attorney Brandon Jack and two officers testified how Turner had taken “two or three sips” of a Buzz Ball, a sugary alcoholic drink, and got behind the wheel with a BAC of .287, causing a head-on collision at a major intersection.

Reporter Dalia Rodriguez: On Dec. 15, Dept. 31 called two preliminary hearings. The first case was for possession of marijuana, stolen property, and possession of a firearm. The defendant was initially observed as nervous when he was detained. The detective was on the property doing a probation checkup. A second detective arrived on scene to help detain and identify the set of individuals. The defendant initially stated that his name was Nate, but it was Thomas. The vehicle under his possession was a renter’s and a search was conducted on it. During the search, the detective found two glass pipes used for methamphetamine and a scale, and in the glove compartment saw the butt of a handgun. The defendant stated that he was only driving because his sister had been using heroin. The second case was for child molestation. The victim had been molested from the ages of 10-15 by her mother’s ex-boyfriend. This occurred on multiple accounts when the mother was not home.

Reporter Koda Slingluff: On Dec. 16, many defendants were absent due to medical complications. One case saw Andres Gutierrez, who violated parole and a no contact order to see his children. The children’s mother, and former domestic violence victim of Gutierrez, gave a statement to the court expressing concern that he had tried to kidnap her kids and may try to again. After this case, the majority cases called were domestic violence and substance related.

Reporter Mia Machado: Representing Fatima Watson on Dec. 16, Public Defender Shelby Alberts motioned in Dept. 62 for the court to review Watson’s bail, currently set at $500,000. In the co-defendant matter, Watson is alleged to have been driving the vehicle for three other men who went to a hotel room “to do some sort of exchange.” Upon exiting the hotel, one of the three men shot and killed an individual inside the room, before returning to the vehicle that the defendant was allegedly driving. Citing the defendant’s significant ties to the community and her cooperative contributions to the case, Attorney Alberts argued Watson posed no flight risk if bail was lowered to $50,000. District Attorney Andrea Morris, however, disagreed, citing the defendant’s history of misdemeanors and failures to appear in court as grounds to assume she would flee. Agreeing with DA Morris’ concerns, Judge Savage added that if the crime had been committed a few years earlier, before California changed its felony murder rule, the defendant would have been included in the case’s more serious charge of murder. With this, Judge Savage denied her motion.

Reporter Kianna Anvari: Judge Scott L. Tedmon called Alvin Brown’s case on Thursday, Dec. 17 in Dept. 60. In a courtroom that hears domestic violence cases, Brown is being held in custody for three misdemeanor charges: one count of vandalism and two counts of resisting arrest. PD Rayla Freshwater asked for Brown to be released on his own recognizance or for bail to be lowered to $0. DDA Anissa Galata objected and asked for bail to remain set at $10,500 for each count. Galata read her reports from February and May to prove that Brown is a flight risk. Judge Tedmon stated that the Public Safety Assessment (PSA) report recommended detention. Judge Tedmon reset Brown’s bail to an aggregate of $20,000. Further proceedings for Brown will continue on Monday, Dec. 21.

Reporter Evie Sun: On Dec. 18, Judge Scott L. Tedmon presided over Dept. 60, with Deputy District Attorney Mitch Miller and Assistant Public Defender Rayla Freshwater. Defendant Travon Seymore was charged with two counts: a felony complaint in violation of bringing or possessing a firearm to the grounds of a university or college and in violation of corporal injury on spouse or cohabitant. He was also charged with a misdemeanor complaint in count one with violation of driving under the influence, in count two of driving with a blood alcohol level of .08 percent or more, in count three with a violation of hit and run with property damage, and in count four with a violation of driving on a suspended license. The defendant will return to court on Dec. 28 in Dept. 60. 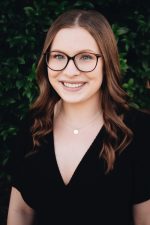 Reporter Hannah Skepner: Dept. 11 called Christopher Appleby’s case on Dec. 14. He was on for violation of probation, in which he failed to show up at the substance abuse residential treatment program where a bed was found for him. He was later found intoxicated and brought back into custody. The DPD was asking for a bail reduction or for him to be released on OR. Both requests were denied by Judge Timothy Fall, and the bail remained set at $20,000. Appleby is currently on the waitlist for two programs, and the DA is happy to have him released and transported to one of these programs by probation once a bed becomes available. Appleby’s next court date is Dec. 30.

Reporter Kianna Anvari: Judge Stephen L. Muck called Trayon Finley’s case on Friday, Dec. 18 in Dept. 11. Finley is in custody at Monroe Detention Center and appeared via Zoom for his preliminary hearing. He is facing two felony charges: domestic violence and possession of a firearm by a prohibited person. Finley’s girlfriend called his probation officer after they had an argument, telling probation that he was keeping a gun in their motel room. She also said that Finley lunged toward her right shoulder and bit her the night before. DPD Jonathan Opet argued against DDA Deanna Hayes, claiming that Finley was being set up by a witness that lacks credibility. Judge Muck said there was sufficient evidence to hold the defendant to answer on both counts. His arraignment is on Dec. 30.

Reporter Macy Lu: A continued jury trial took place in Dept. 3P of the Riverside County Superior Court on Dec. 14, regarding the case of People v. Stanford James Stelle III. DA Dolan cross-examined Deputy Carter using three telephone audio recordings from Dec. 24, 2019, Jan. 5, 2020, and Feb. 14, 2020. During the examination, Judge Dale Wells frustratedly pointed out that the defense was just “plowing the same ground over again,” suggesting that they should move on to a new questioning segment. Continuously, Dolan attempted to rephrase the question, whether he believed himself capable of evaluating Stelle’s mental competency, but the DDA objected on the grounds that the matter had been previously covered. In most instances, Judge Wells sustained the objections.

Next, Dolan questioned Dr. Michael Galeski. In response to Dolan’s questions, Dr. Galeski reported that nothing in the three audio transcripts were so inconsistent as to change his opinion on the mental and communication capacities of the defendant, which he believed equal to that of an individual with an Autism disorder. In response to the DDA’s questions, Dr. Galeski said that only in some of the calls did Stelle talk primarily of the Bible — a notably intriguing subject for him and evidence for his disorder (most individuals with Autism have an area of heightened interest). The jury will return on Tuesday to receive instructions, hear both the DA’s and the DDA’s closing arguments, and deliberate.

In Dept. B301 on Dec. 17, there were a series of in-custody arraignments. One defendant, Ldemont Jordan, was on vacation with his girlfriend when he allegedly stole her aunt’s vehicle, slamming the door into the girlfriend’s head as he departed. Given his previous strike and his other two charges of possession of illegal substances and robbery, the court set his bail at $100,000.

There were a few other cases involving the illegal possession of ammunition and/or firearms. Defendants Vicente Villegas and Daniel Quevedo were involved in such a case. Villegas’ bail has been set at $10,000 and a public defender was appointed for him moving forward. Quevedo’s bail was set at $50,000 due to a robbery induced prior strike on his record.

In another hearing, Eliseo Claro asked the judge to lower his bail of $90,000, the DDA pointed out that a previous judge had actually signed a 1269c, increasing the bail to $213,000. The DDA then explained why he was particularly concerned about the defendant’s release: he was accused of setting fire to his belongings on his front porch while his family was in the house, dousing his living room with lighter fluid while his two young children were present, and holding a gun to his head while threatening to kill himself in front of his spouse. His arraignment will continue on Dec. 21. A criminal protective order has been implemented on behalf of the victim.

Reporter Dalia Rodriguez: On Dec. 15, the press conference covered the topic of Senate Bill 73 which would put an end to jail sentences for drug possession and end mass incarceration. The meeting was held by Senator Scott Wiener, with the presence of Los Angeles District Attorney George Gascon, Assemblymember Wendy Carrillo, San Francisco Public Defender Mano Raju, Jeannette Zanipatin with the Drug Policy Alliance and retired Judge from the Contra Costa County, Honorable Harlan Grossman. They all shared their perspectives on the bill and why they believe it is a positive enforcement in California. They also shared their input as to how the current policies of California target communities of color.