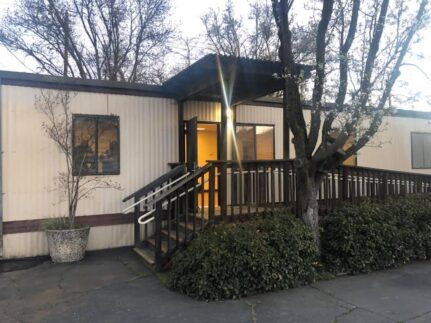 DAVIS — After conferring with representatives from the Pilot Daytime Homeless Respite Center and receiving multiple public comments in favor of the center on Tuesday, the Davis City Council voted to extend the pilot for another 12 months.

Talks of establishing a respite center for unhoused community members began two years ago under former Mayor Brett Lee’s term and came to fruition on Feb. 24, 2020, despite vocal pushback from various Davis residents throughout the process. The respite center operated as planned for two weeks before the COVID-19 pandemic grew. In March, the respite center was forced to adjust operations to accommodate to public health and safety concerns.

The center is intended to “improve the quality of life for individuals experiencing homelessness in Davis” and “provide a safe, temperature-controlled, secure, and welcoming space where individuals can access basic needs resources and services.”

These services include safe shelter, clean bathrooms, laundry, showers and hygiene supplies as well as linkages to physical health services and transportation to COVID-19 testing sites–resources that are imperative for stymying community transmission of the virus. The center also provides storage space for people’s possessions, typically “a big challenge for individuals who are unhoused.”

CommuniCare Health Centers has agreed to provide nurses to attend to the medically vulnerable as a form of COVID “emergency response.” In addition, the center has managed to secure grant funding to ensure nursing care remains an “established component.”

Maintaining social distancing while administering services, recruiting a proper number of volunteers from the city and providing veterinary services were just some of the challenges the center faced in its first eleven months of operation.

Community outreach is another prominent issue that still needs addressing.

Assistant City Manager Kelly Stachowicz stated, “When the project started, we had every intention of regular interaction with the neighborhood.”

However, the COVID-19 pandemic demanded that they “pivot” staff resources to meet health and safety guidelines when providing the requisite resources to clients.

“That is on us,” she admitted, “but we are trying to rectify that.”

Sarah Gavin, a representative of the respite center and CommuniCare, reported that despite these setbacks, by December 2020, the center had received a total of 5,004 visits and 341 unduplicated intakes.

Its linkage system, through which clients “are navigated to the appropriate service,” had directed 61 people to ongoing food support resources, 58 people to direct medical care and 34 people to psychiatric treatment.

Perhaps most notably, it had also connected 131 respite clients to temporary housing through Project Roomkey–a non-congregate shelter for the unhoused during the pandemic–and 50 individuals to long-term or permanent housing.

Gavin’s colleague Janel Guiane proudly pointed out that what “is pretty amazing is we have not had one COVID outbreak…originating at the respite center,” though there had been “a handful of clients” who had arrived at the center already COVID-positive.

A total of eight Davis residents called in during public comment, all expressing support for its continuation.

Some commenters also highlighted areas of concern and offered suggestions for how the city might implement changes.

Calling on behalf of her mother and grandmother, one commenter requested that the “designated camping site be located in another area in Davis as the burden must be shared as promised by Mayor Partida in last December’s meeting.”

Another commenter emphasized that the center must do a better job at reducing “loitering, theft and especially trash.” Regarding the potential nighttime camping site, he, like his fellow commenter, believed that “it is critical that other areas of the city take an equitable share in supporting the unhoused.”

By “camping site,” the two commenters were referring to the city’s plan to designate sanctioned sites where unhoused individuals can legally camp.

At Wednesday’s Yolo County and Davis City joint meeting, Mayor Gloria Partida indicated that sanctioned camping might be the most viable remedy to the growing number of unhoused Davis individuals for now.

Mayor Partida claimed that with sanctioned camping, the city can designate places “for trash to go…monitor the conditions people are living in,[ put]parameters around the encampments,” and establish rules against “put[ting] up a bridge and a two story tent.”

Despite the mayor’s positive attitude towards sanctioned camping, sustainability is still a contentious issue, as two public commenters underscored.

Public commenter Martha Teeter reminded her representatives that “historically, people languish in camps…our real critical need [is] for affordable housing for the most vulnerable,” while Tracy DeWitt challenged them to “stop being such enablers to this sort of living” and do more in terms of city “management and services.”

Despite these apprehensions, earlier this week the city submitted a proposal to the Emergency Solutions Grant Fund seeking over $600,000 to establish the campsite. This was done mainly in response to the enlarging campsites on F Street and the area “east of Mace Blvd., North of I-80.”

The council’s unanimous decision on Tuesday to extend the respite center for another twelve months demonstrated that though progress is occurring, a permanent, long-term solution to homelessness in Davis remains elusive.