By Nancy Aviña and Sally Kim

This announcement comes on the celebration of the legacy of Dr. Martin Luther King, and Kamala Harris formally resigned as U.S. Senator to become the first African American and woman to become Vice President of the United States alongside President-elect Joe Biden.

Alex Padilla has been the Secretary of State since 2015 and prior to that, he served in the state Senate representing Southland’s 20th District. He spent more than seven years on the Los Angeles City Council representing the Seventh District in the northeastern San Fernando Valley where he was council president for five years, the youngest and first Latino to ever hold that position.

Dr. Shirley Weber was elected in November of 2012 to represent California’s 79th Assembly District. Prior to being elected to the Assembly in 2012, Weber served on the San Diego Board of Education and as a Professor of African-American Studies at San Diego State University.

Governor Newsom said, “It is fitting that on the same day we celebrate the legacy of Dr. Martin Luther King, Jr. — a civil rights icon who fought for justice and representation — we also move forward the appointment of California’s first Latino U.S. Senator Alex Padilla and the nomination of Dr. Shirley Weber who will serve as the first-ever African American Secretary of State. Both will be strong defenders of our democracy during this fragile moment in our nation’s history.”

Newsom attributed these appointments to California’s own Kamala Harris and her trailblazing leadership, who will make history by becoming the first African American and woman to serve as Vice President of the United States.

Additionally, Padilla wrote in a letter to Governor Newsom stating, “I am proud of the transformative work we have accomplished in partnership with you, the Legislature, county election officials, voting rights advocates, and community leaders throughout the state to reduce barriers to participation in the electoral process, increase voter registration and participation, and administer safe and secure elections.”

On another note, Dr. Weber, said, “Dr. King teaches us that we are at our best when we stand up in service of others and I am humbled to be able to continue to stand up for Californians as Secretary of State.”

The State Legislature will have until early February to confirm Dr. Weber’s position as Secretary of State. 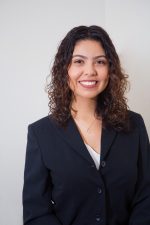 Nancy is a third-year Communication and Political Science – Public Service Double Major at the University of California, Davis originally from 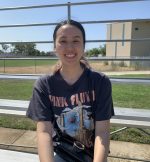