SACRAMENTO – The prosecution here in Sacramento County Superior Court last week exhibited a mountain of apparent evidence against defendant Donny Vargas—but some holes opened up during officer testimony and Vargas was granted a week reprieve.

Judge Steven Gevercer presided over a preliminary hearing for Vargas, who is charged with possession and sale of heroin, possession of methamphetamine, and intent to defraud.

Deputy District Attorney Brandon Jack called to the stand Officer Corey Stackhouse, who described the cache of evidence he had found in Vargas’s car, including heroin, meth, a meth pipe, a scale and batteries, three ID cards, and four credit cards.

While conducting a traffic stop, the officer identified two people in the car, one of whom was Vargas. Stackhouse then searched the vehicle and found, “in the compartments near the center console” heroin and approximately 3.85 grams of methamphetamine, which according to him was sufficient for “more than a single use” of the drug.

The officer also testified that the three ID cards and four credit cards he found did not belong to the driver or passenger.

Upon also conducting a search of Vargas’s phone, Stackhouse found multiple recent Facebook messages from different people asking to purchase “some black,” another term for heroin. But all the Facebook messages were deleted before he was able to document them and no longer exist.

Jack asked Stackhouse, “based on your training and experience…as well as your observations that day with defendant Donny Vargas, do you have an opinion as to whether or not he possessed the methamphetamine that you found for sale?” to which Stackhouse replied, “Yes, I believe that he did.”

When Jack asked what the basis was for his opinion, the officer replied “the largest being the messages saying specifically that he was selling.”

At this point, Judge Gevercer interrupted: “Did you see messages regarding meth or only for heroin?” and Stackhouse responded, “I don’t recall off the top of my head. The messages had been deleted before I was able to document everything specifically.”

Furthermore, Stackhouse testified that, within Vargas’s statement, “he also mentioned he sells to provide for his habit of using as well.” Evidently, Vargas also “[admitted] to knowing about the IDs, the debit cards, and the dope that were inside that compartment.”

Defense attorney Dena Stone cross-examined Stackhouse, pressing him about what he saw and didn’t see.

She began by asking the officer if he was 100 percent certain that the messages he found were sent to Vargas’s account and nobody else’s. Although he could not recall the name the Facebook was under, Stackhouse asserted he “would not have made an arrest without confirming that it was his Facebook account.”

When Stone asked him if he were able to preserve the messages, Stackhouse explained Vargas was released before he was able to document the messages. And Stackhouse admitted the surface of the scale was not tested for controlled substances.

Prosecutor Jack noted Vargas has multiple past convictions regarding the same issue and has violated his parole numerous times.

Although the judge was going to be sentencing Vargas in the same proceeding, Vargas’s attorney requested they wait one week so she could inform her client to “discuss the existence of any mitigating information that would aid the court in choosing the appropriate sentence.”

One week was granted. 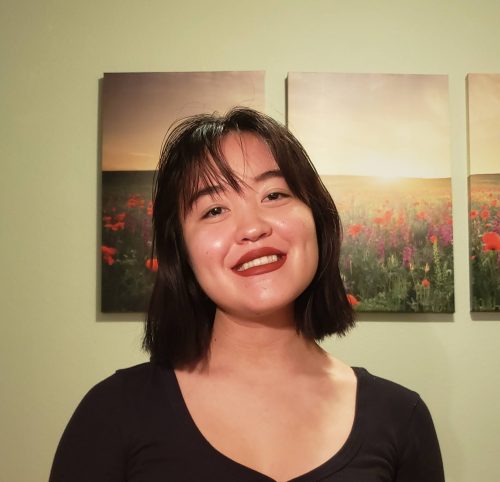 Aziza Nussipov is a junior at UC Davis majoring in Political Science.She is also a DJ for a freeform radio station, KDVS 90.3FM, and a part of the ASUCD Gender and Sexuality Commission.