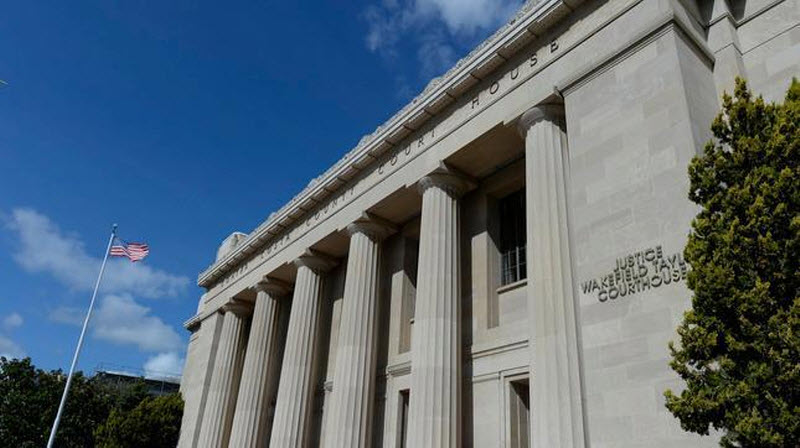 By Alana Bleimann and Tiffany Devlin

The series of events began on Jan. 15, 2020, when the victim claimed to have seen the defendant in his truck near her house after she arrived home. When she noticed him, she immediately ran inside the house, locking her front gate.

When Deputy District Attorney Whitnee Goins asked why she ran, she said that she knew he was angry because she did not respond to his messages—the two had been in a relationship prior to these events.

Private defense attorney Walter McMath objected due to speculation, but Judge Stark said, “How is it speculation? She’s saying how she felt,” overruling the objection.

When the defendant chased the victim and caught up to her, he kicked her legs. She sustained a bruise on her right leg, two bruises on her left leg, and a bump that was a little bigger than a quarter. When asked by the prosecutor if the defendant said anything to her during this event, she claimed that he said to stop crying, and that she was being dramatic.

When her uncle arrived, he saw the defendant, and started questioning him.

The victim said the defendant whispered to her to not to say anything, and that he had a knife, and he would use it on her uncle if she said anything.

Her aunt picked her up afterwards, when the victim told her what happened.

While they were driving away in the vehicle, her aunt noticed the defendant’s truck was right behind them. When the two got to their destination, which was to pick up her aunt’s children, the defendant was spotted driving in circles around the school in his truck, watching the victim.

DDA Goins then asked about an incident in February 2020, referring to the defendant’s 19th count.

The victim prefaced the incident, claiming that she and the defendant had an argument about picking up his mother at the airport while they were inside his home. The defendant hit the victim, pushing her and punching her arm. He pushed with two hands, and punched with a closed fist, she said.

He then threw a 16-pack of water bottles at the victim, hitting her legs, and the victim locked herself in his bathroom in order to protect herself. Eventually, the defendant left the house to pick up his mother. Once she heard his truck leave, she fled the house.

During her testimony, she described hiding in a bush because she saw him circling the neighborhood. Once she felt that he was completely gone, she claimed to have called an Uber to drive her back home.

In another incident in February of 2020, the defendant drove the victim to a party. According to the victim, the defendant said that he would not overreact or “do anything” to her if he was allowed to drive her to the party.

“He warned me that he knew I’d be there (the party) so he said if I show up and it wasn’t with him, he told me he’d kill me.” the victim said.

Once she was in the party, she claimed that he threatened to distribute nude photographs if she did not leave.

“After the party, I wasn’t gonna leave with him,” said the victim, but despite her refusal to leave the party with the defendant, she claimed that he forced her into his truck.

One of her friends was also in the truck with her. While driving, the defendant started hitting, pinching, punching, and even spitting at the victim.

They got on the freeway heading back to Richmond, and he continued to hit her. At one point, they pulled over to the side of the freeway. The defendant asked for the victim’s phone, but she asked her friend to hide it.

The victim said she left the vehicle because she didn’t want him to continue hitting her. But the defendant once again kicked her in her stomach, and continued to punch her. As they got back into the vehicle and started driving again, he would reach into the backseat to hit her. When she felt like she was having a panic attack, the defendant told her to stop acting and continued to hit her.

The next day, the victim called the police.

Goins asked about another incident a few days after, where the victim went to the Richmond courthouse to drop off her restraining order papers when the defendant sent her horrifying text messages.

“He said… the next time he sees me, he would want to kill me,” the victim explained, “he’d cut me up in pieces and throw me to the house of this one guy that I used to speak to… he was also saying he was going to go and hurt him and his family,” she said.

The defendant also threatened to stab her similarly to how he stabbed a different victim. There were almost 30 exhibits of evidence submitted to the court.

DDA Goins continued to have the victim read out loud to the court threatening messages from the defendant.

At this point, Judge Stark interrupted by stating, “Counsel, I don’t want to tell you how to put on your case, but all these aren’t evidence and I can read them.”

Judge Stark explained to Goins, “I don’t know that you need her to read what I can read. We’re not before a jury, and the documents aren’t evidence, and we’re taking a tremendous amount of time reading things that I can read much more quickly.”

While all exhibits were cleared, defense attorney McMath asked the victim about the glasses she was wearing, and if they were prescription glasses. It was established that the victim was nearsighted. McMath proceeded to ask the victim if she had hearing issues or any neurological diagnosis, to which she did not.

McMath then asked her questions about her memory on a scale of one through 10. Zero meant that she had no memory, while 10 would mean that she had a perfect memory.

“Well, counsel,” Judge Stark interjected, “we’ve had 20 different counts and multiple different incidents, so I’m not sure this is a helpful number.”

“There’s certain things I don’t think I’ll ever be able to forget,” said the victim, answering to McMath, “little details, yeah it’ll probably be harder to recall. I could say, an eight?”

McMath continued his cross-examination, asking if there was anything in particular about the defendant that caused the victim to have feelings for him.

Once again, McMath was met with an objection.

“What matters is that it was a relationship, not what attracted her to him, or him to her. So I’m just not seeing what the relevance is of this,” said Judge Stark.

“I’d submit that it’s foundational to the background of the counts that are in this complaint,” McMath argued.

“You’ll have to explain to me how, because I don’t see it,” Judge Stark fired back.

McMath stated that he did not have a better explanation other than it being foundational to the background.

“Well, I don’t see that it’s relevant. What’s relevant is whether there was an intimate relationship proceeding the domestic violence alleged,” said Judge Stark, sustaining the objection.

McMath continued, asking whether it was common for the defendant to drive the victim around. She said yes, to which McMath then asked, “So, when you say it was very often, would he drive you more than four times a week?”

While McMath argued that he was trying to obtain more foundational information, Judge Stark was doubtful of its relevance.

“Where they were going or how often they were in a car together during the time they were in a relationship isn’t relevant to the incidents that are alleged… everything is alleged to have occurred after they stopped seeing each other,” the judge added.

When McMath requested to approach Judge Stark, she refused and told him to “just make the argument. It seems to me that the habits around their driving and her state of mind around having him drive her, I think are relevant to some of the charges where contact is alleged after involvement in a vehicle,” McMath explained.

“You know I don’t really understand where you’re going,” Judge Stark admitted, “I’m fine with your asking questions about what happened in the car at each of these incidents when there’s a car involved, I have no problem with that. But their general practices especially before they broke up… I’m just not sure I’m seeing it.”

When asked about the content of the video, the victim hesitated. “It showed me.. Like do I have to describe it? What do I describe? At first I didn’t know until I saw the video for myself. I recognize myself. I knew it was me.”

Through these lines of questioning, it was revealed that the victim’s relationship with Ismael was “on and off again” and the times they were intimate were not necessarily wanted by the victim, but happened because “it was the only way to keep him [Ismael] calm.”

The threats were described as “the threats of sending pictures that I didn’t give him permission to, the threats of hurting me….and hurting other people like my family,” she said.

More notably, during the sexual intercourse, the victim “told him to stop recording,” but the “conduct that was happening” did not stop. When asked if she remembered Ismael had actually stopped the recording, the victim stated she “did not remember.”

Judge Stark set an arraignment and trial setting for late January of this year.

Alana Bleimann is a junior at the University of San Francisco majoring in Sociology with a minor in Criminal Justice Studies. She is from Raleigh, 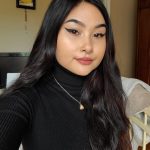 Share:
Tags:AssaultContra CostaRobbery
Previous : “They Live!” A Night of Poetic Dialogue
Next : Woman Pleads No Contest, Gets Year in Jail for Stealing Shoes at Mall During Police Brutality Protests