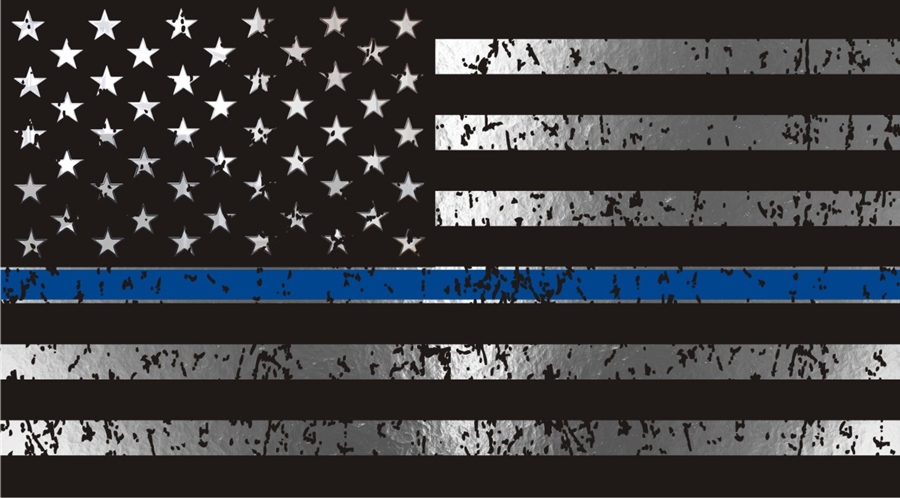 It was just two years ago Davis suffered a horrifying and tragic loss as Natalie Corona was gunned down on Fifth Street as she attempted to provide assistance to a vehicle accident.  In some ways that moment seems like yesterday and yet, in many ways, it seems like something in the very distant past.

The Ocean Township Police Department in New Jersey delivered a lovely gift—a photo collage of dozens of young women (presumably police officers), in blue dresses posed with the blue lives matter flag as Natalie does in the photo that has in Davis become iconic for the image of this young woman, struck down way too soon.

When Natalie died in 2019, there was already concern by many in the social justice community that blue lives matter, which was a pushback by police officers against the Black Lives Matter movement, was not an appropriate way to be recognizing and honoring someone who has been a unifying figure that largely brought this community together.

With everything that has happened, that is even more so today.

Some noted that many of the protesters last week storming the Capitol were flying the Blue Lives Matter flag.  Even more ironic since at least one officer died (another committed suicide this weekend) during the siege last week.

One person noted: “Would Natalie have also flown this racist flag if she were to storm or protect the capital? Its a shame she died, but that’s the legacy in question she leaves behind now considering how insensitive the Davis police are to the current landscape. Always nice to see where the Davis police stand morally, where uniformed lives matter more then POC.”

This is a touchy subject and, out of respect for the Corona family, I have not posted the photo here.  You can see the Facebook post here.

The best article I have found on the history of the “Thin Blue Line” American Flag comes on June 8 from the Marshall Project.

“The controversial version of the U.S. flag has been hailed as a sign of police solidarity and criticized as a symbol of white supremacy,” they write.

They note: “Those who fly the flag have said it stands for solidarity and professional pride within a dangerous, difficult profession and a solemn tribute to fallen police officers. But it has also been flown by white supremacists, appearing next to Confederate flags at the 2017 ‘Unite the Right’ rally in Charlottesville, Virginia.”

They trace the origins of the flag to 2014, when a white college student watching the protests ended up creating “Thin Blue Line USA.

“The flag has no association with racism, hatred, bigotry,” he said. “It’s a flag to show support for law enforcement—no politics involved.”

Indeed, the company disavowed its use in Charlottesville.

The title is a little ironic as well, as the “Thin Blue Line” theme has been around for some time, but perhaps was boosted by the 1988 film by Errol Morris which is a documentary featuring a Dallas judge describing what separates “the public from anarchy.”

As the Marshall Project notes, “The title was ironic, if not sly, since the film depicted how law enforcement sent an innocent man to death row.”

They point out, “Although the flag’s manufacturers have tried to keep politics away from the flag, the current protests over the death of George Floyd have thrust the image into larger debates.”

For example, “In Cold Spring, New York, local leaders debated last week whether placing a decal of the flag on a police car would make some people afraid to ask officers for help. In Montclair, New Jersey, a police leader begged residents on a Zoom call not to view the flag as a ‘symbol of racism.’”

But the problem as Melina Abdullah, LA’s co-founder of Black Lives Matter, points out, “We’ve seen trucks riding around with big old versions.”  She said, “It feels akin to a Confederate flag.”

She noted she “has also noticed the flag’s image on police and other government-owned vehicles,” and she “sees this as evidence that even self-described liberal officials are not doing enough to combat white supremacy.”

There was a controversy in San Francisco when Chief Bill Scott “banned his officers from wearing face masks emblazoned with the thin blue line flag, worrying they would be seen as “divisive and disrespectful.” The masks had been distributed by the local police union, which accused the department of failing to provide masks.”

“We did it as a morale booster for each other,” union president Tony Montoya said, “not as a political statement.”

Given the adversarial stance the SF Public Officer’s Association has taken to reforms, I think many would consider that a disingenuous statement at best.  Boosting the morale of officers through symbols that are viewed as potentially racist and are polarizing does not seem to be the right way to go.

The timing of all this strikes some as inappropriate as well.

The Washington Post noted in an article last week, “In a crowd where some carried flags bearing a thin blue line — a pro-police symbol that critics claim also stands for white supremacy and opposition to the Black Lives Matter movement — and shirts adorned with ‘Blue Lives Matter,’ a tide of anger and frustration rose as officers pushed them back.”

The Post adds, “Conservatives and members of the far-right long have sought to position themselves on the same side of the societal and cultural divide as police. Republicans backed President Trump’s campaign message of ‘law and order,’ and amid rising calls to ‘defund the police’ during racial justice protests last year, the GOP was swift to criticize efforts to shrink police budgets. Police unions and officers vocally supported Trump’s bid for a second term.

“But on Wednesday, as the Capitol was being breached and ransacked, people who see themselves as friends of the police were confronted with the reality that law enforcement would not always respond in kind.”

Rightly or wrongly, the Thin Blue Line flag will always be associated with this period of American history—the pushback against the Black Lives Matter movement intertwined with the rise of right wing Trumpism.

From all that I have learned about Natalie Corona over the years, that is not what she was about.  I think we need to fight to preserve her legacy as being above these tumultuous times.

58 thoughts on “Monday Morning Thoughts: Can We Find a Way to Honor Natalie without ‘Thin Blue Line’ Flag?”