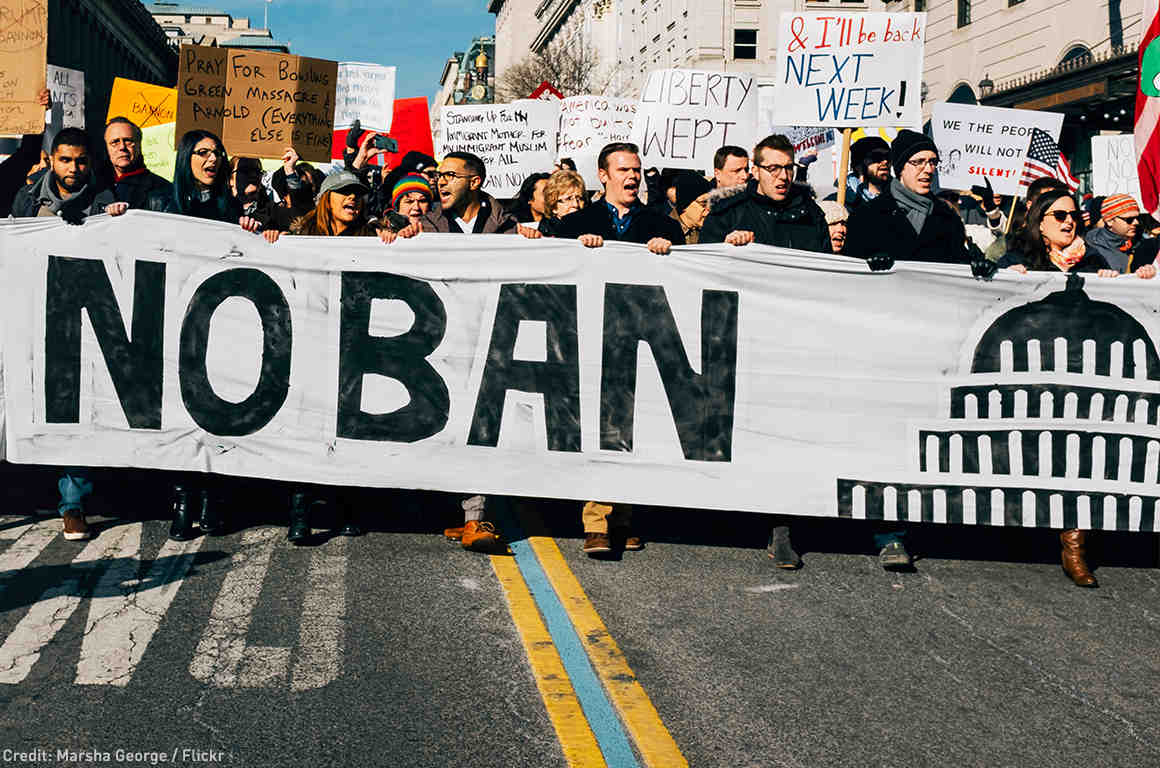 These “travel” bans were initially enacted in March of 2017 through Executive Order 13780, also known as Protecting the Nation from Foreign Terrorist Entry into the U.S., and restricted entry into the U.S. from several foreign countries—initially, the majority of the countries barred were predominately Muslim, with the ban later including many African countries.

The travel ban was unpopular for many Democratic lawmakers, who claimed the ban did not improve national security, but instead served as an excuse for a xenophobia and Islamophobia to separate families and restrict those of a certain faith from entering the United States.

Throughout Trump’s presidency he strengthened the travel ban, with several Presidential Proclamations that would further restrict those coming from Muslim and African countries to enter into the U.S.

President Biden also hopes to include a No Ban Act in his immigration plan to prohibit another travel ban from ever being implemented again.

Several Democrats who had been opposed to the travel ban from the start expressed their support, including Congresswoman Rashida Tlaib, who declared that “we have much more work to do to combat racism, xenophobia, and Islamophobia, and ending hateful policies like this and President Biden’s first day action is a great step.”

Samara Yarnes is a senior at the University of California, Davis, majoring in Political Science and minoring in Psychology and Sociology. She is originally from La Crescenta, California.