By Kalea Heller and Jose Medina

STATE CAPITOL – Effective solutions to combating systemic racism in the US should not only focus on preventing systemic harm, but repair the harm that Black people have faced as well, according to one California Legislator.

And on Jan. 15, Assemblymember Ash Kalra announced the introduction of the California Racial Justice Act for All, AB 256, a few days before Martin Luther King, Jr., Day.

In cases in which judgment has not been entered prior to January 1, 2021, the Racial Justice Act also allows a petition to be filed if there is reason to believe that there was a violation of that prohibition.

have already been convicted and harmed by the racial injustices in the legal system.

The bill author said new legislation addresses this shortcoming by extending the Racial Justice Act to people who have already been harmed. As an extension, AB 256 will allow petitions to be filed for cases in which judgment has been entered prior to January 1, 2021.

In honor of Martin Luther King, Jr., ‘s birthday, Assemblymember Kalra dedicated the California Racial Justice Act for All to Dr. King’s memory, stating that “we must also remember to help champion his civil rights legacy, evoking his pursuit for racial justice, equality, and freedom for all Americans.”

Mica Doctoroff, Legislative Attorney at the ACLU California Center for Advocacy and Policy, applauded the “critical and historic” Racial Justice Act, noting, “We are proud to join the diverse group of cosponsors behind this effort to challenge and confront systemic racism in California’s criminal legal system.”

Stephanie Doute, Executive Director of the League of Women Voters of California, acknowledged the Racial Justice Act as a “huge step forward. It is now vital to extend this groundbreaking reform so that it’s available to everyone who has been unfairly imprisoned or sentenced as the result of bias in our justice system.”

“Full systemic accountability requires full retroactivity,” asserted Aminah Elster, Campaign and Policy Coordinator for the California Coalition for Women Prisoners. She emphasized California’s ability to “set an example to other states by demonstrating clear accountability and a commitment to racial justice, equality, and freedom for everyone.”

She added, AB 256 seeks to bring justice to those who have been subject to “blatantly racist statements by attorneys, judges, jurors, and expert witnesses” in the courtroom, and whose cases have suffered from the exclusion of Black and Latino jurors.

Racial disparities are evident in California’s prison population, where four out of every 10 people incarcerated in state prison are African American men—10 times the imprisonment rate for white men. 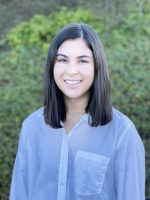 Kalea Heller is a second year at UC Berkeley, majoring in Psychology and minoring in Public Policy. She is from Daly City, California.

2 thoughts on “‘Racial Justice Act for All’ Legislation Introduced in State Legislature, Would Protect More People”