Just as the dust had begun to settle following the Capitol’s riots, Democrats (and a few Republicans) came to the rescue. This past week, Congress successfully moved forward with impeaching President Donald Trump. With a vote of 232-197, 10 Republicans included, President Trump was impeached a second time during his four-year term for inciting chaos at the Capitol.

Trump just keeps on making history, doesn’t he? The only U.S. president who managed to get impeached twice. Absolutely none have before Trump! I suppose I now see why Trump supporters roam the nation with such pride. Who wouldn’t when the leader of this country twists nationalism into white supremacist jargon and encourages vile behavior?

I can only imagine how refreshing it must feel to no longer have to hide behind white hoods and instead only have to add a bumper sticker to your diesel truck. Which other presidents would have a following that would show up to support them in a Camp Auschwitz shirt? What sane and logical person can truly say that America has ever been great? What exactly does it mean to “Make America Great Again”?

Although most of America was finally able to breathe again after President Trump’s reign was officially coming to an end, the terror has only just begun. According to an article by USA Today, the Capitol is already responding to a threat directed towards the inauguration.

What happened to the right, saying there would be a peaceful transition if Biden won?

As if there weren’t already so many things to attend to during these unprecedented times, now we have domestic terrorists becoming unhinged. There needs to be firm action taken against these people. Not only did they threaten the safety of government officials, they even went as far as to murder a police officer.

Weren’t these the same people who “backed the blue”? Blue lives no longer seemed to matter when it got in the way of their riot.

When will enough be enough? Not only has Trump given these people the right to spread hate, but he has also encouraged this infantile behavior. All we can do now is wait and see the results of the impeachment trial.

Not only do the puppets have to be held accountable, but the puppet master must also be.

Over the last couple of decades, political polarization has increasingly become a redundant issue. The main dilemma at hand is widespread blind loyalty to political parties. It’s important to understand that both sides have their fair share of propaganda, but we cannot deny the cold hard fact that there is an attack on our democracy happening.

We cannot justify these actions.

In a blatant act of domestic terrorism, we need to look past political parties and into what the riot meant for the nation. Suppose, we let something as detrimental as this go not condemned. In that case, it sends the message that violence is the answer when assuming a baseless conspiracy is true.

We need to move forward as a nation and learn from President Trump’s failures to ensure the U.S. can become a shining example of what a democracy should be. Things have only progressively gotten worse in the United States following the 2020 election.

Congress was swift to act as they understood what it would mean to allow this type of behavior to go unpunished.

The future of the nation depends on it.

While I hope the horror ends here, I cannot confidently say that it will. 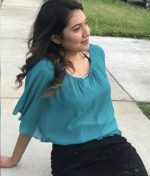 Gisselle Zaragoza is a third-year Political Science-Public Service major with a minor in Chicanx Studies. She is originally from Las Vegas, Nevada and is pursuing a career in immigration law. She is one of the Opinion Editors for the Davis Vanguard at UC Davis.

Share:
Tags:Donald TrumpImpeachmentOpinionstudent opinion
Previous : Sunday Commentary: A Chance to Hit Reset on Pacifico
Next : Temporary Joint Subcommittee Discusses Their Taskforce and Policing With the Vanguard

127 thoughts on “Student Opinion: All Aboard the Trump Train! Final Stop: Impeachment No. 2”