United States history was made on Wednesday afternoon when for the first time since 1814, Capitol Hill was officially breached and besieged, this time by a swarm of Trump supporters––descending these grand demonstrations into moments of chaos and violence. Congress and the Senate were found in great peril as many public officials were forced to evacuate while in the middle of certifying the vote count in favor of President-Elect Biden’s win.

Hundreds stood in front of Capitol Hill waving flags of support for Trump and his campaign to overturn the election in his favor. With his encouragement, supporters took to the streets to share in his outrage toward Congress’s certification meeting. The situation escalated when frenzied rioters began breaking through the windows and barricades of Capitol Hill.

Carrying confederate flags and religious propaganda, the protesters stormed into Capitol Hill screaming for justice while pushing against police and security trying to prevent their entry. With a few painted faces of red, white and blue and no clear indication of any masks, they broke into and vandalized public officials’ offices including the office of House Speaker Nancy Pelosi. Vice President Mike Pence had to be quickly escorted to safety out of the Senate Chamber because of the impending danger heading his way.

According to an NBC News report, as rioters tried to burst into the House Chamber, there was a dramatic scene of police officers drawing their guns to guard lawmakers still inside; some desperately hid behind benches while others were seen praying. A 6 p.m. curfew was announced by the Washington D.C. mayor Muriel Bowser and put into effect later that evening.

Though the Senate chamber was locked and empty, that did not stop the rioters, who broke down doors and shattered windows to reach inside. As if it were almost a game, some individuals jokingly sat on the Senate Chair mocking the very institutions that built up this country. The democracy these protesters were supposedly there to defend.

NBC News reported that four people were pronounced dead towards the end of the night, including one woman who was shot cold on the floors of Capitol Hill in the middle of all the chaos. Officers at the scene told the press that explosive devices were found across the Capitol floors––one obviously made with a metal pipe.

With hundreds flooding into the Capitol Building and climbing through shattered windows, the pillars of our democracy shook beneath us, and yet only 14 people were arrested. What was the President’s reaction to all this? His focus was on Vice President Pence and his neglect to support the President in his “fraudulent” election endeavors.

Rather than condemn the rioters as many authority figures, including President-elect Joe Biden, demanded, Donald Trump boldly put out a short video reaffirming his baseless claims on voter fraud and explicitly telling these mobsters, “I love you” and “you are special.”

Social media channels like Facebook, Twitter and Instagram were bombarded with images and videos of the horrifying events that occurred on that fateful day, leaving many to question: Where was the police? Why was the security overwhelmingly low and a complete failure?

There was a clear indication that these white rioters were treated differently from Black protesters who led demonstrations for the Black Lives Matter movement. Based on an NPR report, there was definitely light resistance from the authorities, and it took hours until the police had the situation under control. If this were a Black Lives Matter protest, people would be dying in droves, arrests would have been made sooner and more frequently and the police treatment would have intensified three-fold.

As a Hispanic woman who physically saw and participated in the peaceful protests made by the Black Lives Matter movement in Los Angeles, witnessing the police’s lack of reaction at Capitol Hill was not only a disgraceful sight but a monumental disappointment.

As a Salvadoran woman, I have personally experienced racism where people have walked out of restaurants because they saw my family stepping through the door. I remember their faces of pure hatred and disdain just looking to get as far away from us as possible. At that moment, I remember feeling flooded with emotions: confusion, anger and sadness as my family sat down.

I’ve witnessed a white woman confront my “light-skinned” cousin and bluntly ask her if “she was ok” or even “kidnapped.” My cousin could not understand why she asked her this but all the woman kept doing was staring at my cousin’s “brown” Salvadorian dad. These disheartening and painful experiences I’ve seen are nothing compared to the dozens of minority families who have gone through so much worse.

Racial discrimination is real and what we saw at Capitol Hill that day only made it transparent. It has not only infected our communities, but it’s bringing its toxicity into the powerful forces of our government. These events brought shame and embarrassment to this country, bringing injustice to all those minority communities who have been victims of this mistreatment and abuse for far too long.

A comparison of footage of highly militarized troops battering minorities in previous social justice demonstrations with footage of an officer taking selfies with white, pro-Trump rioters shows just how ugly our country really is. With hate symbols proudly spread across the crowd by many white supremacists, including a large monument of a hanging noose just to the left of Capitol Hill, the largely unobstructed Capitol Hill pillaging was a disgusting sight to see.

As President-elect Biden stated in his speech on Thursday, “No one can tell me that if it had been a group of Black Lives Matter protesters yesterday that they wouldn’t have been treated very differently than the mob that stormed the Capitol. We all know that’s true — and it’s unacceptable.”

Former President Obama spoke on this issue, reported NPR, and referred to the gruesome scene of mistreated peaceful protesters demonstrating outside the White House last summer, stating, “And yet, in city after city, day after day, we saw peaceful protesters met with brute force. We saw cracked skulls and mass arrests, law enforcement pepper-spraying its way through a peaceful demonstration for a presidential photo op.”

President Trump loudly expressed his disdain for the Black Lives Matter protesters, referring to them as “thugs” while critiquing governors for allowing these protests to continue and calling on them to deploy the National Guard to “dominate the streets.”

Yet, the hypocrisy could not be more apparent. CNN reported in light of Trump’s passivity and the escalating violence; Vice President Mike Pence finally bore the burden of deploying the national guard.  This President placed himself before the country’s welfare, and because of this, he must be held accountable. 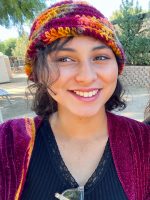 Susana Jurado is a 5th-year Communications major at UC Davis from Los Angeles. She is one of the Opinion Editors for the Davis Vanguard at UC Davis.

Share:
Tags:capitol hillDonald TrumpOpinionstudent opinion
Previous : Council Asked to Extend Respite Center for Another Year
Next : Car Passenger Not in Trouble, Until Allegedly Lied about Name, and Found with Lots of Drugs

32 thoughts on “Student Opinion: Racial Disparities Behind the Breach at Capitol Hill”