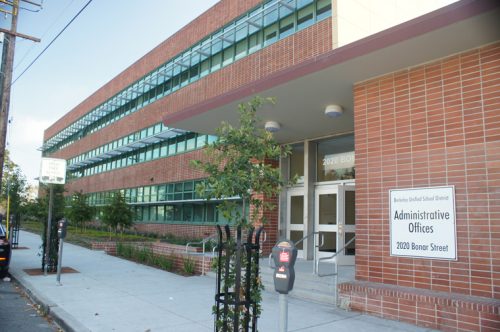 BERKELEY — The Berkeley Unified School District (BUSD) announced its plans to resume in-person classes for all ages by the end of April earlier this week, while the University of California, Berkeley (UCB) displays no signs of returning back to campus until the Fall of 2021.

The announcement was short, hopeful, vague, and included absolutely no mention of the Spring 2021 semester that was just days away. The announcement arrived amidst California’s stay-at-home order and statewide substantial surge of COVID-19 cases. Even if UCB wanted to reopen, under California state law they would have been unable to. The plan was set; UCB would remain online until Fall 2021.

In their press release, Berkeley Public Schools stated that “if the vaccination schedule is delayed, this timeline will be pushed back. On the other hand, these dates for reopening will be moved up by one week if the City is able to provide all BUSD staff with the Pfizer vaccine, which requires a shorter interval between inoculations.”

If all goes well, by March 29 BUSC plans for preschool, transitional kindergarten, and K-2 to return to the classroom. On April 12, grades three to eight will be transitioned back to in-person. Finally, by April 19, grades 10-12 will be behind a desk rather than a computer.

According to Berkeley Public Schools, this effort is largely between students, the local government distributing the vaccines, and staff, with the largest variable at play is ensuring all staff gets vaccinated on time. Through their web pages, the BUSD website has four quicklinks to track the “Reopening Readiness” of Elementary schools, middle schools, high schools, and the Berkeley Technology Academy.

BUSD’s reopening urges one to consider why local public schools are returning to in-person learning while university students remain confined to online learning.

Campus Ambassador and sophomore Sydney Hillbush said, “The university had hybridization goals in place along with CDC guidelines but as cases were spiking in Berkeley while school was still online … that was not looking as possible.”

Hilbush added, “I think they [the University] are hesitant to follow through with their plans because they see that COVID is spiking and fluctuating and as a result of that I don’t think they have full faith in the students to return to campus in a fully safe manner, especially without vaccinations.”

Beyond the emotions of reopening, there are other logistics that UCB has to consider that BUSD does not have to. For one, the international and out-of-state students who comprise just under a quarter of the student body.

“They have to accommodate for the fact that many students decided not to return to Berkeley this semester because of COVID or extenuating circumstances,” Hilbush said.

On her decision to stay home for the last two semesters, sophomore Lindy Byrne said, “While I did make the tough decision [to stay home] the consistent worry about COVID on campus … helped me realize the convenience and safety of living at home this semester.”

Beyond the prospect or administrative logistics of returning, internet accounts on Instagram and Facebook display students pointing fingers about why the University is unable to reopen. A popular group to bear the brunt of these accusations is the fraternities and sororities on campus. Made up of 13 sororities and 33 fraternities, Greek Life consists of a small minority of undergraduates.

Various “UC Berkeley Not Social Distancing” accounts on social media feature students of the Greek community playing drinking games on front lawns, attending large gatherings, and not wearing masks. These accusations are not without cause.

“The City of Berkeley has issued a Public Health Directive letter directing 7 fraternities and sororities to quarantine over the last week…These actions reflect an escalation because of the seriousness of this situation as there are a number of positive cases in the CalGreeks community and concerns that some CalGreeks students are not abiding by public health directives.”

In the two weeks preceding this email, there were 120 students tested positive for COVID-19 in the UCB community. Jeff Woods responded directly to these cases.

There are many factors at play in order for the UC Berkeley community to return to in-person campus life. Unlike the BUSD public schools, UC Berkeley involves more than a thousand moving parts consisting of faculty, staff, and students involved in the on-campus learning experience. These distinctions make the two school systems hard to compare logistically but one thing is certain: UC Berkeley will not be returning to campus until at least the Fall of 2021.

Tess Futterman is a writer for The Vanguard at Berkeley’s Northern California news desk. She is a second year student at UC-Berkeley pursuing a major in American Studies and a double minor in History and Public Policy. She grew up in New York but currently resides in Berkeley, California.