In the wake of the pandemic that forced businesses, particularly restaurants and bars, at various times to shut down indoor service, the city modified the downtown to accommodate changes to health regulations by providing outdoor seating and blocking off a portion of both the E Street Parking lot and G Street to allow for Open Air Davis.

However, this weekend, that privilege was abused when a large group gathered at G Street and has forced the city to remove the large tents at both locations.

In December 2020, the city placed tents in the Davis downtown in partnership with the Davis Downtown Business Association to further support an initiative called “Open Air Davis.”

These tents were funded with a County CARES (Coronavirus Aid, Relief, and Economic Security) Act grant. According to the city, “The ‘Open Air Davis’ tents and tables were meant to aid local restaurants while State guidance restricted businesses to take-out food only.

“The City is aware of a large gathering that took place this past weekend at one of the downtown tent sites contrary to COVID-19 safety protocols. City staff met this week with the Davis Downtown Business Association leaders to address changes,” the city announced. 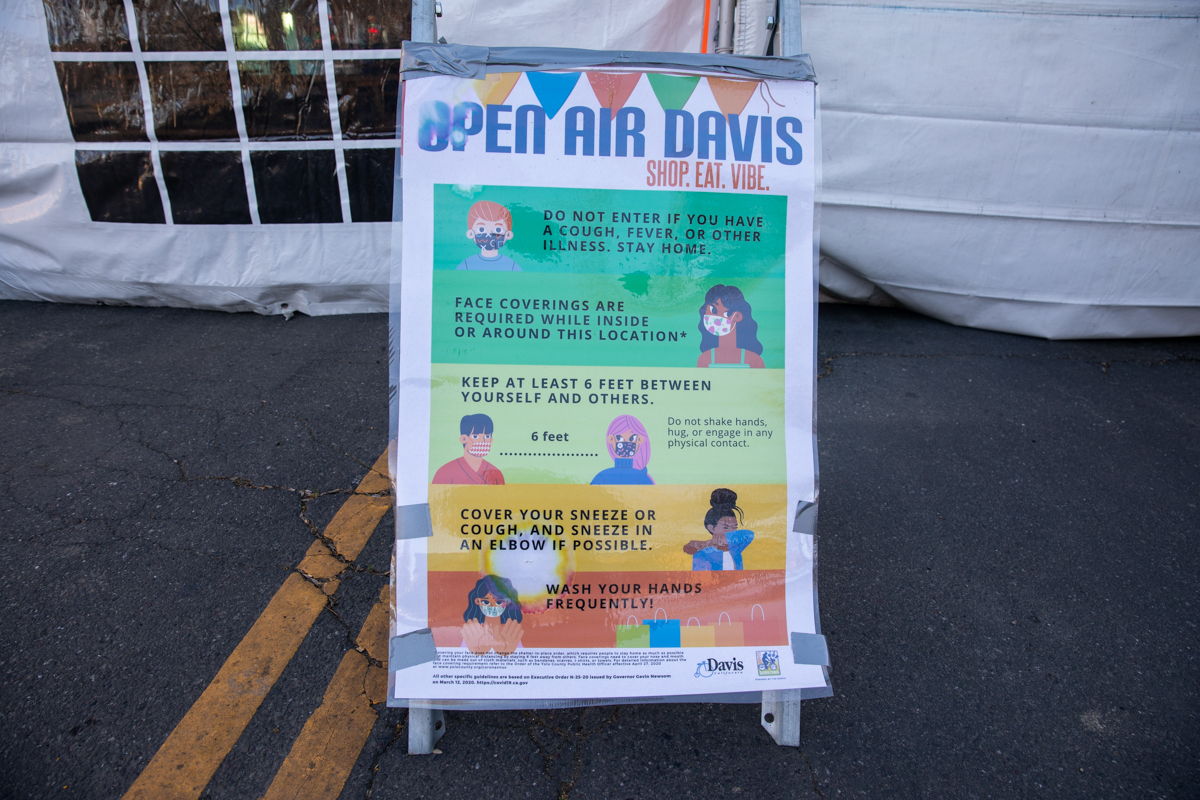 Effective Thursday morning, the large tents will be removed from the G Street location between Second and Third Streets, all alcohol will be required to be served by businesses within their temporary-use permit (TUP) area with no general open container zone on G Street.

The city is also removing the smaller tent from E Street Plaza and redeploying tent and table resources on G Street for the businesses that had to remove their original TUP spaces to accommodate the larger tent.

“The gathering that took place was clearly unacceptable, and these changes to the downtown tent areas are necessary to prevent gatherings like we saw this past weekend,” said Police Chief Darren Pytel. “We ask the public to continue to abide by State and County COVID-19 rules for their own safety and for the safety of the community.”

“The City is trying to help downtown businesses during the pandemic by allowing the flexible use of outdoor space, but public health has to come first” said Vice Mayor Lucas Frerichs. “All tented areas will now be assigned as temporary-use permit spaces where businesses are responsible for space management, cleanliness and alcohol use. We appreciate the continued collaboration with Davis Downtown as we work through these community safety issues.”

Prior to the announcement on Wednesday, the city expressed concerns about the management of the street.  The city has not yet considered whether to do the arrangement longer term—post COVID would reduce the concerns about large gatherings in the space.

Right now the city is looking to potentially replace the large tent with several smaller ones, with the idea that adjacent businesses would be better able to help manage those spaces.

The downside of the current configuration is that it removes the traffic flow from G Street, although with the narrow configuration it often made for a poor arterial.  In addition, roughly 40 parking spaces have been removed between the entrance to the former Ace parking lot and Third Street. 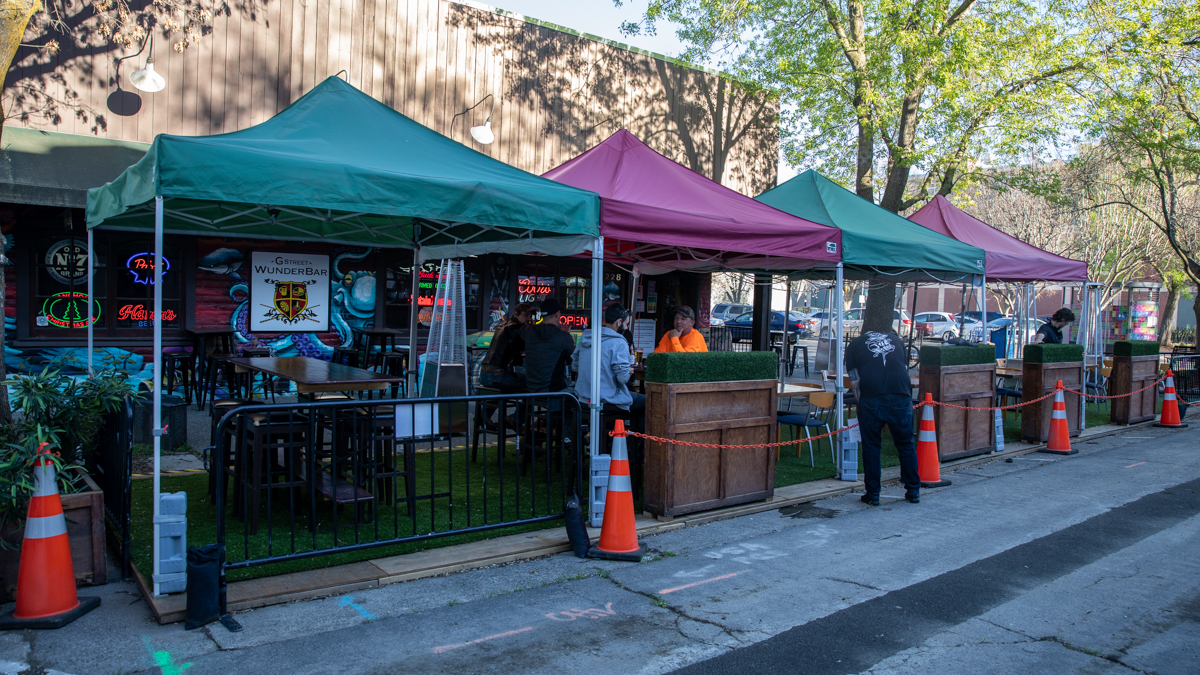 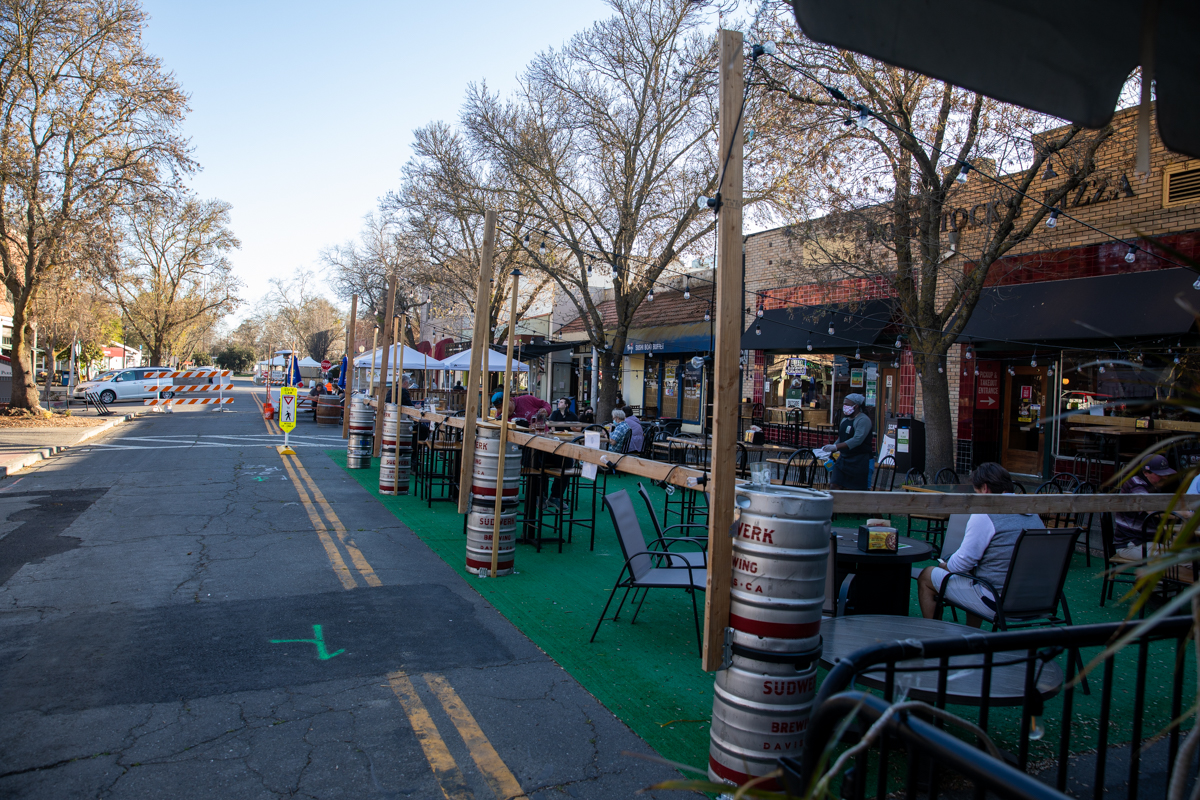 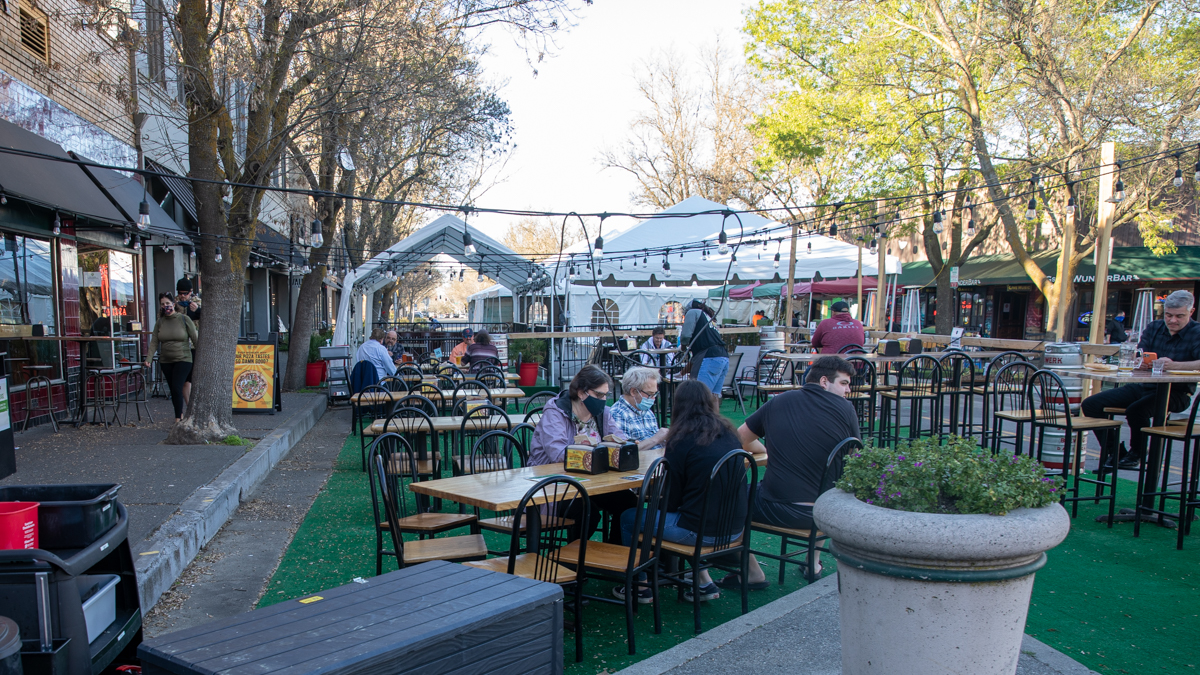