By Natasha Feuerstein and Avalon Amaral

SACRAMENTO – Death Penalty Focus (DPF), a nonprofit founded in 1988 by California death penalty abolitionists, hosted its 29th annual awards event last Thursday to honor heroic members of the criminal justice defense community, and reflect on the progress achieved while acknowledging the fight for peace and justice is nowhere near finished.

The honorees were Bryan Stevenson, Rabbi Sharon Brous, Michael Radelet, and the writer/director, producers, and cast of “Clemency.”

After the host, Toni Trucks, made some opening remarks, Gov. Gavin Newsom kicked off the impressive list of guest speakers.

“I am proud to be part of this process and speak out against abolishing the death penalty,” said Newsom.

In 2019, one of Newsom’s first actions as Governor was to put a moratorium on the death penalty in California and close the death chamber at San Quentin.

Newsom referenced an analysis that finds no evidence the death penalty deters murder, and another that finds one in every 25 people on death row to be wrongly convicted.

“The death penalty doesn’t make us safer. It risks innocent lives, and it is irreversible,” said Newsom. “I applaud Death Penalty Focus for over three decades of work here in California, and inspiring others in all states.”

President of DPF, Mike Farrell, said the foundational motive behind the organization’s work is to end the systemic racism that is seen in so many aspects of society.

“In 1987, a small, fearless group of lawyers, religious leaders, and human rights activists came together with the focus of amending capital punishment…this was Death Penalty Focus,” said

Farrell, an actor best known for a co-starring role in the TV series “Mash.”

President Biden promised to put an end to the death penalty, and Congress has since drawn up legislation to make good on that promise, and because of that Farrell said he is hopeful.

Rep. Karen Bass spoke next. She was asked to present the DPF 2021 award to honoree, Rabbi Sharon Brous.

“Sharon Brous is one of most influential rabbis in America. She understands that ending the death penalty is the key to helping solve racial inequality,” said Bass while presenting Braus with the honor.

Brous expressed her gratitude to DPF and the important work it does and explained her own ties to the cause.

She expressed her outrage when she sees religion being weaponized for political profit, such as for justification to ram up federal executions.

“Ancient code of law famously asserts that a court that executed even one person in 70 years would be considered a court with blood on their hands,” said Brous.

“I believe that every human being has a unique story to tell in the world, and therefore that the death of a person whether guilty or innocent is the death of the entire world,” she continued.

Brous affirmed her belief that even those who cause great harm can change, and their hearts can be reconciled, adding, “Each of us is more than the worst thing we have ever done.”

She concluded her speech by acknowledging that the death penalty system is heinously corrupt. Still, she reminded viewers of the importance of staying hopeful and committed since that world of peace and justice is not far now.

Singer and songwriter, Aloe Blacc, gave a moving performance after declaring his support for DPF and his mission to use his platform to serve their cause.

Following the performance, Bernie Sanders thanked DPF for their efforts to rid the world of capital punishment and congratulated the honorees.

“The goal is to create a world of peace and a world of justice…we can’t do that when the government kills people in a premeditated way through capital punishment,” said Sanders.

After Sanders’ brief but inspiring remarks, Gary Tyler and other exonerees told viewers how long they were imprisoned under a wrongful conviction.

The years of wrongful imprisonment ranged from 8 to 41.

Combining all the years spent in prison by each speaker, more than 200 total years of their lives were lost in prison.

“I was 17 in 1975 when I was wrongfully committed of first degree murder by an all-white jury in Louisiana,” said Tyler, who added, “I served 41 years in prison for a crime I did not commit.”

There was no evidence connecting him to the murder. He was able to get off death row in 1976 and had a federal appeals court rule that his trial was fundamentally unfair, but he was not released from prison until 2016.

The next award—DPF’s abolition award—was presented by Sister Helen Prejean, the recipient of the 2005 Mario Act of Courage Award.

Radelet grew up attending Catholic schools, which taught him early on to oppose capital punishment. He was kicked out of three different Catholic elementary schools and claims this kickstarted his lifelong interest in helping innocent people who are punished.

As a sociologist and author, Radelet has published 12-15 studies on racial bias in the administration of the death penalty. He has also published a number of studies that detail the correlation between race and sentencing.

When he was not writing, Radelet was accompanying prisoners to their executions.

Radelet joined the choir of DPF voices when he closed his speech with a message for hope. “We are in a position to believe that many of us will see the total abolition of the death penalty in our lifetime,” remarked Radelet.

The 2019 film “Clemency,” directed by Chinonye Chukwu, was honored next. DPF awarded their Justice in the Arts award to the cast, writers, and producers of the film.

The film focuses on a conflicted prison warden who dutifully oversees executions, and the unique relationship that unfolds between her and a prisoner on death row fighting to plead his innocence. The film was inspired by the death row case of Troy Davis.

Actors Alfre Woodard, Aldis Hodge, Wendell Pierce, and Richard Schiff made virtual appearances to thank DPF and express their gratitude for being a part of such a powerful film.

Cautherley expressed what he learned from being a part of the film. “With BLM and this film coming out, it has been an opportunity, for me as a privileged person, to look at myself…I think that’s the power of film, and I hope people see this film so they too can look at themselves and look at their own history of upbringing and become better versions of themselves,” he stated.

Reverend Jesse L. Jackson, Sr., made a couple of powerful statements following the film honorees’ speeches. “We will stay in this fight until we make a humane statement as America. Let’s choose hope over despair, life over death,” he proclaimed.

Recently-elected Los Angeles District Attorney George Gascón congratulated the honorees and praised DPF for their persistence and dedication that has “paved the way towards justice in America.” Gascón is a strong and vocal opponent of the death penalty.

“I know the death penalty does not make us safer, I know it is racist, morally untenable, irreversible, and expensive,” said Gascón. “So, I am pleased to be among the growing number of prosecutors embarking on this new path. Together we stand firmly with you in opposition of the death penalty.”

Twenty-three years ago, DPF co-sponsored an event with the Center of Wrongful Convictions in Chicago that introduced to the public 37 people who had been sentenced to death but were set free (exonerated) because they were innocent.

“It was a thunderclap. It created a lot of noise and really began to create questions in peoples’ minds about our current system,” said Farrell.

One of those exonerees was accompanied by his attorney, Bryan Stevenson. Their story was later re-told in the book Just Mercy and last year’s film by the same name.

Stevenson was not well known at the time of the event, but has “now been embraced by the entire country and criminal justice defense community as one of the stars of the system,” beamed Farrell.

Stevenson played a pivotal role in seeing the Supreme Court abolish the death penalty for those under 18 years old.

Stevenson thanked Farrell and all of DPF, and offered congratulations to the other honorees. He proceeded to deliver a powerful speech focusing on the racial inequality that has plagued the United States and served as a precursor to capital punishment as we know it today.

“We are living in a time when the history of racial injustices has so clearly manifested itself—we are not free in America, rather we are all burdened by this injustice and inequality,” said Stevenson.

He explained how Europeans created an America that was compromised, contaminated, and corrupted by bigotry. Stevenson claimed that narrative of racial difference is what allowed the nation to get comfortable with two and a half centuries of slavery.

“The North won the Civil War, but the South won the narrative war,” he continued. “That idea of racial hierarchy persisted, and slavery just evolved and gave rise to the precursor of the modern death penalty—lynching.”

Stevenson further explained, “The politics of lynching and spectacle violence eventually became too much for the country to reconcile with its rhetoric around justice and equality, so the lynchings went indoors. But these were no more fair than the outdoor lynchings, and that’s what gave rise to the modern death penalty that many of us have been fighting for decades.”

He remarked that the nation, with the help of powerful voices like those in DPF, has made incredible progress in light of the moratorium in California and the fact the lowest numbers of death sentences and executions have been reported over the last few years.

Despite this, he warned viewers to still be mindful in this critical moment in our nation’s history. The Supreme Court has proven hostile in protecting the rights of condemned prisoners.

“I am very concerned that in 2021, when people get execution dates, they will be executed…we’re making progress, but we’re not there yet,” he said. 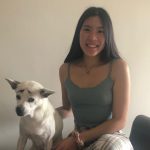 Avalon Amaral originally from Livermore CA, is a junior at UC Davis. She is pursuing a degree in Sociology Emphasizing in Law and Society, and minoring in Psychology.