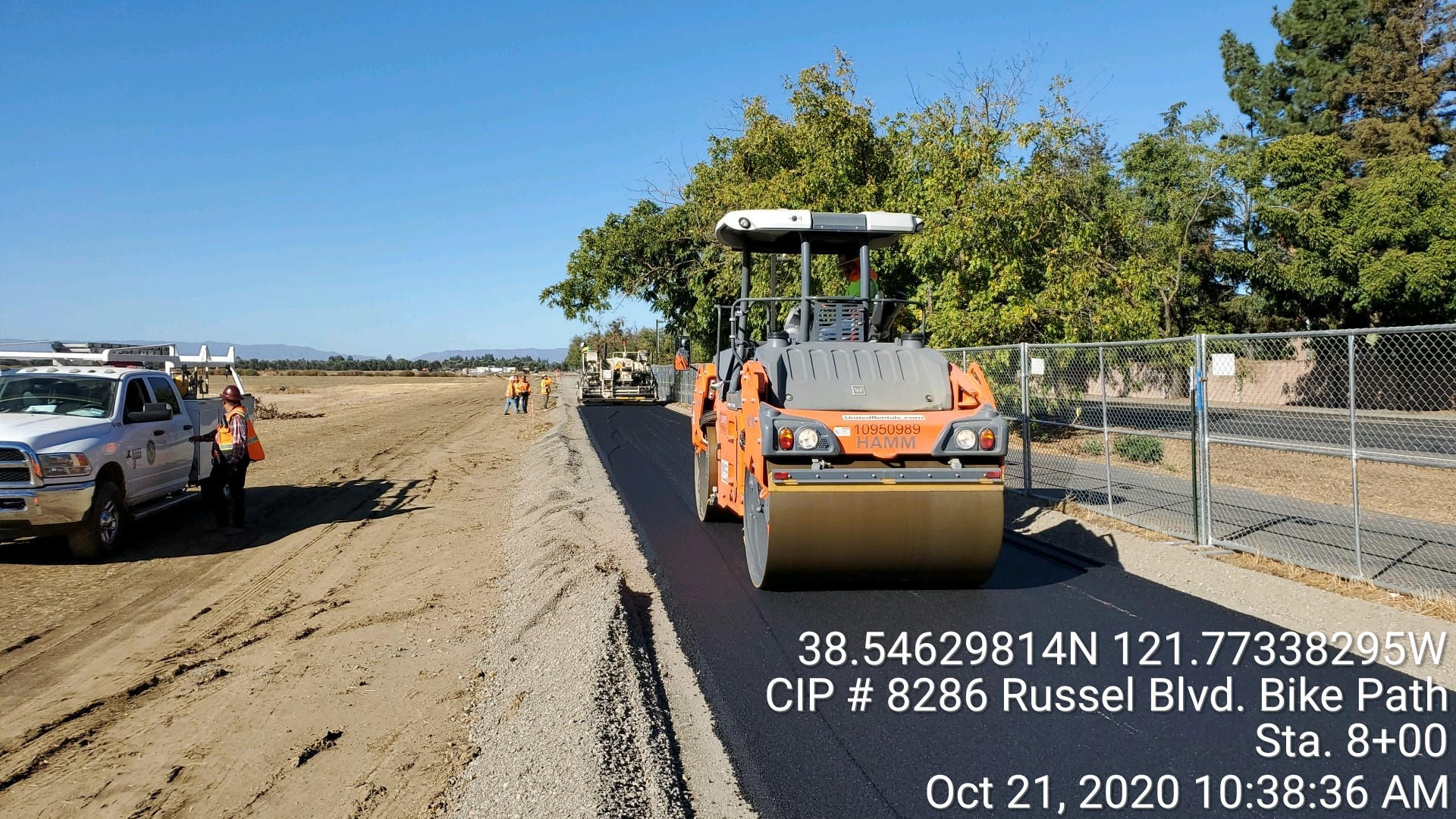 Last month marked an important occasion – the completion of the reconstruction of a 1.3-mile section of bike path on the south side of Russell Boulevard from Highway 113 west to the city edge. Long regarded as one of the worst stretches of pavement in our bike path system, the city partnered with the UC Davis campus to build a new, smooth, well-marked bike and pedestrian path on campus property safely away from the tree roots that turned the old pathway into a bumpy obstacle course.

Meanwhile, the city is moving forward in April with a $1 million bike path improvement project in North Davis. An almost $3 million pavement rehabilitation package including slurry seal treatment of various residential streets as well as grinding and overlay of new pavement on D, E and Eighth streets is also scheduled this spring.

Many more such pavement rehabilitation projects for both roads and bike paths are in the offing because of the City Council’s adoption last October of an $84 million ten-year funding plan designed to measurably improve the condition of our almost 218 miles of pavement.

Our pavement will get better. The council formally reaffirmed its goal of improving the “pavement condition index” for roads and bike paths to values that are more in line with the pavement conditions in neighboring communities and the statewide average. Council adopted a ten-year funding plan identifying and earmarking the level of resources our independent expert engineering consultant determined was needed to achieve those goals. Council then directed city staff to return with 2020-21 budget adjustments consistent with that plan.

Our consultant had initially estimated that we would have $53 million available over ten years to complete the $84 million in work that would be needed to meet those pavement improvement goals. This estimate includes making full use of about $1.3 million in annual revenues from the 2017 state gas tax increase (known as SB 1) for pavement rehabilitation, as is already the

The council directed the two of us, working as a council subcommittee with city staff and the chair of the city Finance and Budget Commission (FBC), to find the rest of the money. We met about every two or three weeks from January through October 2020 to hammer out a list of credible actions to fully address the remaining $31 million funding gap. The solution list is explained in great detail in the October 27, 2020, city staff reports but briefly summarized here.

Notably, the plan does not increase tax rates on Davis residents but assumes that a relatively small share of the $31 million would come from future revenue from local economic development. No current program or infrastructure project would lose funding and other important transportation projects and programs would be unaffected. However, because this plan reprioritizes city funding to this core and critical infrastructure, it could slow commitments for unidentified new programs and projects.

Specifically, the plan takes into account prior council decisions providing money for fixing our pavement that had gone unrecognized in previous consultant modeling, such as $300,000 per year approved in the past to offset road damage from garbage trucks. Our General Fund “baseline” funding commitment to roads, unchanged for the last seven years, will now increase in keeping pace with the overall growth in General Fund revenues, with a further $1.2 million bump in annual funding after the Covid-19 recession is over. About $500,000 a year in other transportation and gas tax revenues will be prioritized for pavement work as state law allows. Another $2.8 million of $13 million in uncommitted community enhancement funds from previously approved developments will go to “fix it first” pavement projects that will benefit residents who live in or near those projects as well as the city as a whole.

The plan institutes best practices to reduce the cost to taxpayers for fixing our pavement, including a moratorium on “trench cuts” on recently paved streets and roads and updated permit fees to offset damage to streets when such work does occur. City crews will patch potholes reported by our citizens before damage worsens and escalates pavement rehabilitation costs. In keeping with past city practices, the plan provides the funding needed to carry out a mix of pavement rehabilitation techniques, ranging from slurry seal, to surface reconstruction with hot mix asphalt, cold-in-place recycling, and full-depth reconstruction of failing pavement, depending on the needs of the particular road or pathway segment.

New systems of accountability and transparency will ensure the public knows that the plan is being followed over time and, if not, why not. Staff will regularly audit road and bike path expenditures and carefully assess whether sufficient city staffing is in place to deliver pavement projects. The FBC is charged with taking an active role in ensuring that this plan is implemented faithfully and to the extent city finances allow.

This plan does not solve all our city’s infrastructure and fiscal challenges. Given the limits in available funding, it will significantly reduce, but not eliminate, a backlog of road and bike path work that accumulated over many years. It will take ten years to carry out this plan; obviously not everyone’s favorite piece of pavement will improve overnight.

However, in the midst of a pandemic and severe recession, our City Council has made a significant commitment to improve our transportation infrastructure and the city’s overall financial condition. And, first and foremost, it will improve the quality of life of our citizens and the prospects for our businesses whose livelihoods depend on a sound transportation system.

Gloria Partida is the Mayor of Davis.  Dan Carson is a Davis City Councilmember.  Both were elected in June 2018.

20 thoughts on “Guest Commentary: Our City’s Ten-Year Funding Plan Will Pave the Way for Better Roads and Bike Paths”