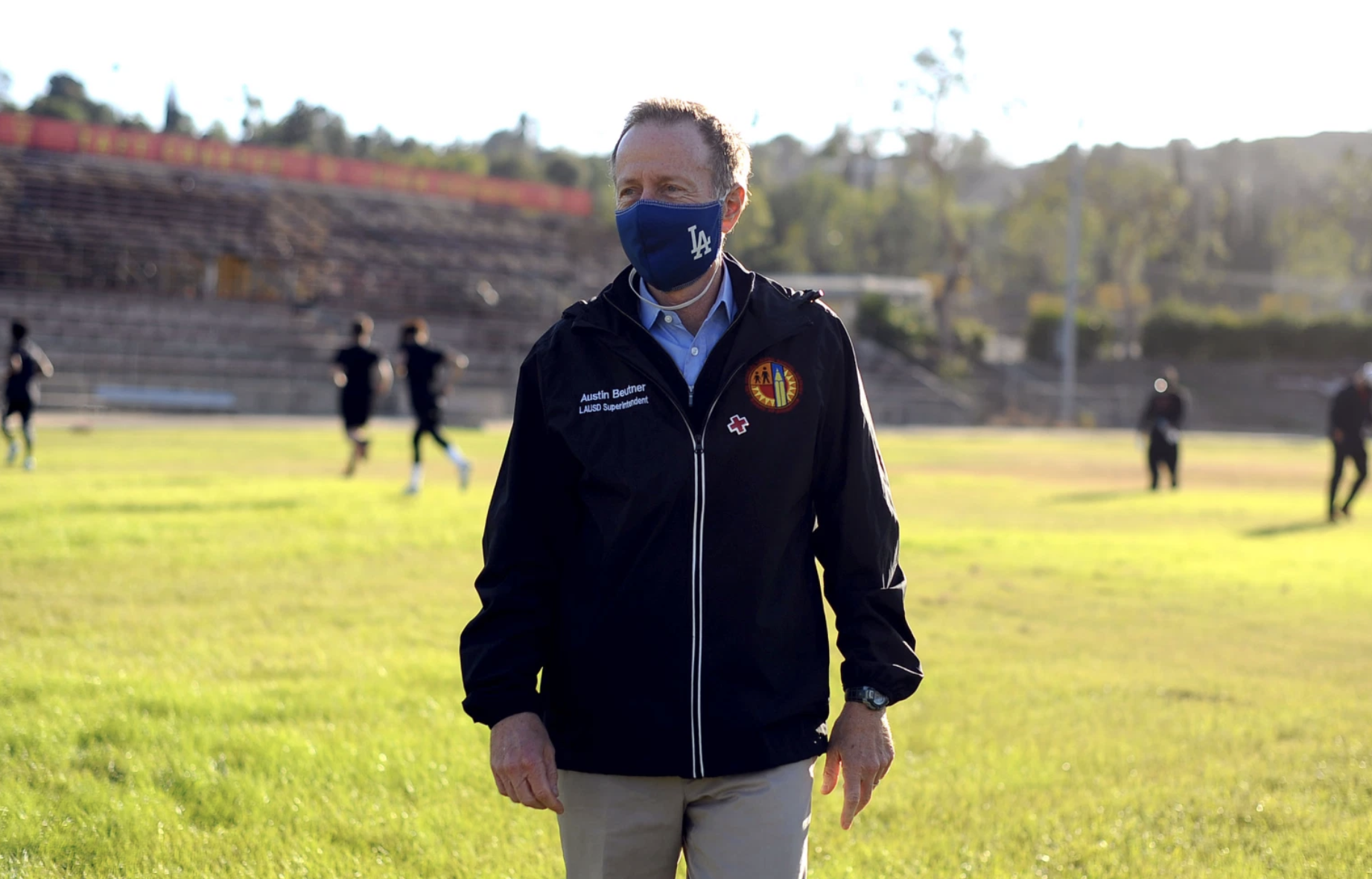 LOS ANGELES — On Friday, February 5, LAUSD Superintendent Austin Beutner fired back at LA Councilman Joe Buscaino’s lawsuit to reopen schools in the LA District. This comes just days after Beutner’s conference on Monday that revealed his firm stance on delaying in-person student classes due to the alarming coronavirus rates that remain within LA County.

In a tweet posted on Thursday, Councilman Buscaino felt “obligated to take a stand on opening our schools” claiming that the year-long school lockdown has done “harm” as it has kept kids from having a “real shot at quality education.”

With the consent of the full council, he plans to submit a resolution next week that will ask the city attorney to file a lawsuit forcing campuses in the LAUSD District to reopen for in-person instruction. The lawsuit will be modeled after the San Francisco lawsuit announced this past week against the San Francisco Unified School District.

However, Superintendent Beutner says that while there are protocols that can lead to the safe reopening of schools, LA COVID-19 rates are too high to take the risk. Unlike San Francisco’s significantly decreased virus levels, COVID numbers in Los Angeles continue to fluctuate as COVID-19 protocols are not consistent and businesses reopen in areas where cases increase daily.

Furthermore, Beutner responded to Buscaino’s lawsuit stating, “Schools cannot reopen because the communities we serve have had persistent infection rates higher than the state COVID standard which must be met for schools to reopen… and the continued high rates of the virus are having a disproportionate impact on the low-income families of color served by our schools.”

Similarly, on Monday, Beutner countered Governor Newsom’s new state guideline of reopening businesses, indoor malls, and more as he sees this as impractical and counterproductive to a faster and safer reopening of schools. Currently LA falls behind the vast majority of school districts that have and maintain relatively low numbers of infections, yet with businesses reopening and testing centers closing, Beutner heavily criticized the state for prioritizing these businesses over safe school protocols. But even the CDC backed up the state saying that all teachers do not need to be vaccinated as long as the right safety measures are in place.

Whether LAUSD schools will reopen remains a mystery for now, but Beutner aims to bring forth a proposal for an extended academic year in the Fall and a possible mandatory summer session. He plans to shine light on these ideas at the next Board of Education meeting.