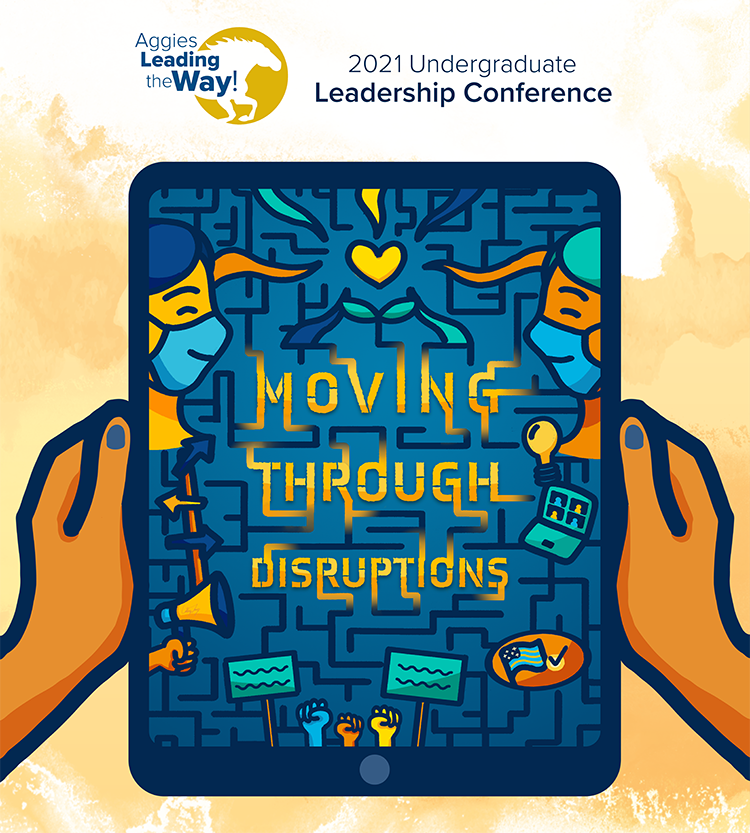 DAVIS – The Center for Leadership Learning (CLL) at UC Davis held a conference via Zoom called Aggies Leading the Way. The three-day conference began Thursday night and ended on Saturday. The theme, Moving Through Disruptions, was to address how 2020 reigned as challenging, painful and testing to every individual.

The CLL strives to educate young leaders that can work with others and are civically and socially involved. Their programs allow undergraduate students to navigate their strengths as leaders through the training provided. Beyond the individual, they also aim to change students’ lives in a way that they can go beyond themselves and impact those around them.

Moving Through Disruptions focused on three crucial points during the conference: restoration, reconnecting and reconstructing. These goals are to embrace society’s endurance of racial and social issues enhanced by the pandemic.

As the night began, attendees introduced themselves in the chatbox. Students joining were from all around the world; from Hong Kong to Santa Clara, and San Francisco to Beijing, the conference had no borders.

Christie Navarro opened the night by introducing herself as the director of the CLL for the past 15 years. Mentioning the utmost of importance before kicking off the event, she honored the native people’s land that the UC’s occupy and where the homes of most viewers reside on.

Navarro told the attendees that leadership is about having a purpose, as an individual and in a group. Adjusting her fashionably square, black glasses, she emphasized that as a people the most important aspect is to intentionally work towards making a difference.

“I know that trying to connect, learn, and go through day-to-day lives virtually is difficult. This conference is about hope, possibility and what we can do to reconstruct the world to be a better society as we try to move past the many pandemics we face collectively,” she said with empathy and hope.

Shortly after, Vernon Wall joined the Zoom session from the East Coast to be the opening speaker for the conference.

Wall currently resides in Washington D.C. where he is the Director of Business Development for LeaderShape, Inc. in addition to being the President and Founder of One Better World, LLC. Nationally known as a speaker for social justice and leadership, Wall came onto the screen enthusiastic and ready to motivate future leaders.

Immediately engaging with the audience, he began to tell a humorous story of being a seventh-grade boy. Raising his arm high, he helped those in the conference imagine his afro as a young teenager, causing a domino effect of smiles across screens as he described how tall and big it was.

Striving to get an A in a presentation his teacher made him give, he comically informed, “I knew that an A presentation included an opener, slideshow and closing comments. Then I could say peace out to my teacher and walk out!”

Part of his presentation included playing Martin Luther King Junior’s “I Have a Dream” speech. As he was anticipating making a grand exit speech, he stood frozen unable to talk. His teacher pulled him aside and said, “This is the first time you heard the speech, isn’t it?”

As a young man, this moment was massively impacting. He had heard the speech over and over, but it finally went from his head to his heart.

Giving those listening a moment to take in this comment, he continued, “In 2020 we are upset about the discrimination, but have we connected the head to the heart? Do we feel others that are marginalized and are we about action and change?”

The heaviness of this statement was evident on the looks of everyone’s face. The intensity of social change throughout the year was widely thought about by those in the conference.

Following up, Walls asked the viewers to type something in the chat box that is unique about them. As comments began blowing up, he said this was to show that everyone has a gift to bring to their campus and community that makes them stronger, as he calls it “the uniqueness in all of us.”

His focal point then continued to the seven things he wanted everyone to focus on while together.

The first point was individual identity and group membership. He educated that as people, our brains see data in front of us and try to put it together; this is what causes presumptions when we see people we do not know. The importance is to understand that it will happen and that we can alter our perceptions.

The second point, also known as the Big 8, pinpoint privileged groups and marginalized groups. Race, class, gender, sexual orientation, religion, age, nationality and ableness consist of this point. Discussing these, he said, “Privilege plus prejudice equals oppression, but privilege also equals the opportunity to do something.” His third point coincided with this statement, being that equal does not equal equity.

Encouraging those present to engage in their communities, his fourth point was to be about true service. “Have the conversations, understand lived experiences and think about what you learn,” Walls states. “If we don’t do these, it isn’t service, it’s disaster tourism.”

Often times, people can have the tendency to say something that comes off offensive and respond that it was not their intention. Remaining optimistic and compelling, he says that his fifth point of intent versus impact is simple: engage with the intention to impact.

Throughout this year, the pandemic has revealed hurts in the nation that need healing. People often use the term “ally” as a noun, but Walls uses it as a verb and adjective in his sixth point. To him, it is important to use this term as an action that is about doing something rather than as a label.

One of the most crucial points, and the last of the seven, is that everyone is born bias-free. “How do I know this?” he asks his audience. “Because of the goodness in children.” Society has learned to be biased and as people grow, they begin to realize that a lot of what they believe is wrong. Walls wants everyone to challenge themselves and others because we will get into, as he quotes John Lewis, “some good trouble.”

Walls thanked everyone for attending, but not before he mentioned in a humorous, frantic way that he can never remember what the days are anymore after the pandemic. Although reconstructing society is a serious and sensitive topic, Walls approaches the subject with light, radiating a sense of hope. As he left, the attendees were left feeling ready to learn more, listen and be open towards others to impact society in a positive way. 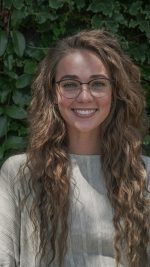 Share:
Tags:campusUC Davis
Previous : Student Opinion: The Trump Trial: He Can’t Keep Getting Away With it
Next : Utah and Arizona Seek to Normalize, Expand Access to Mental Healthcare in Schools