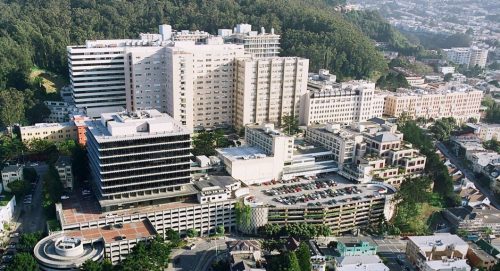 SFBLC filed a lawsuit against UCSF for perceived harm the expansion would do to their community. They alleged that the project will add over one million square feet of new hospital to an already over-built campus situated between two mature neighborhoods. SFBLC alleges that the proposed new hospital would not be serving the correct part of the city—particularly the residents of the west part of the city.

When asked about the upcoming lawsuit, longtime member of the SFBLC Antenore D. said,  “This project is going to be huge! Several thousand square feet of land will be built.”

“This area will be larger than the space between the salesforce tower..,” he continued, “…and Transforce tower.” Antenore was upset with the new proposed location of the Parnassus Heights expansion.

“It needs to be built in a place that won’t cause transportation problems, we need better transportation,” he said. “The large hospital expansion has no reason for existing,” Antenore concluded.

When reached for comment, Peter Farley, a UCSF representative, offered a statement on the lawsuit which he claimed outlined a desire to “serve San Francisco residents’ care needs for decades to come.” UCSF further noted: “We are proud to say that we worked with our neighbors and community stakeholders to identify millions of dollars in community investments.”

Another lawsuit was filed against UCSF for their Parnassus Heights expansion project by the Yerba Buena Neighborhood Consortium (YBNC). YBNC alleges that the expansion is the wrong decision for San Francisco’s future. YBNC contends that the expansion would be the result of narrow-minded thinking, as well as a terrible job and housing failure, and it would have very negative long-term impacts on traffic. They contend that there are far better places for UCSF to expand.

It has yet to be determined whether these lawsuits will be settled out of court or if a trial will begin in the upcoming weeks.

Romel Mora is a writer for The Vanguard at Berkeley’s Northern California news desk. He is a senior studying Legal Studies and Public Policy at UC Berkeley. He is from Pomona, CA.