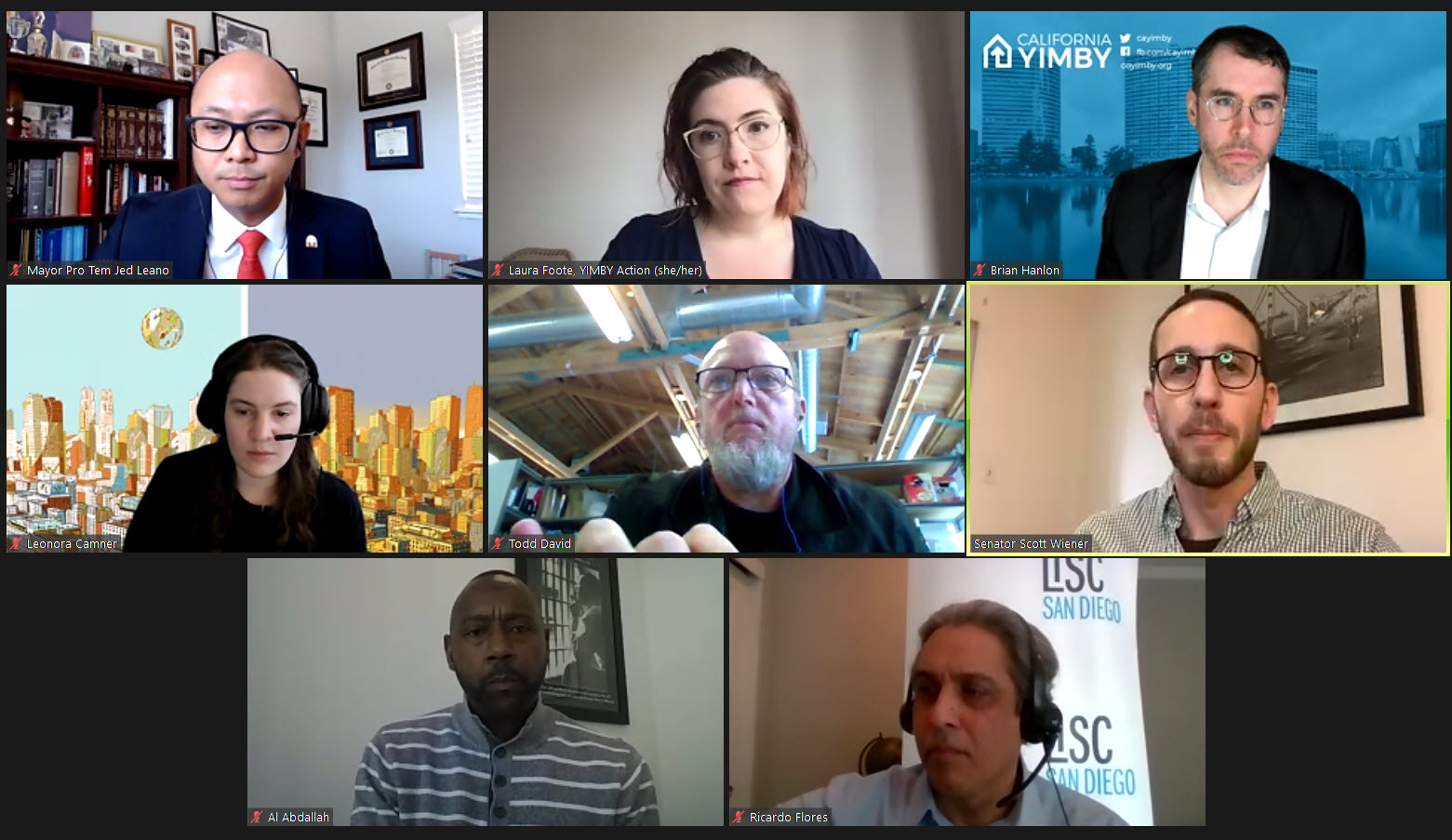 The Senator has yet to be successful with several attempts at his seminal plan, the Housing Opportunity Act, which “ensures that local zoned density and state housing laws are not undermined by hyper-restrictive lot requirements that make it practically impossible to build multifamily apartment buildings in areas zoned to allow them.

“It is so deeply important that we act decisively and quickly to pass commonsense housing policies that allow us to actually address our severe housing shortage and develop the housing that we need to get back to the old-fashioned… but important notion that we should have housing for everyone who needs it,” Senator Wiener said during a press briefing on Thursday.

“That seems simple and basic but we have gotten away from that in California over the last fifty years,” he said.

Senator Wiener said that all of the housing bills he is introducing this year “are pieces to the puzzle” and he notes there are other important bills that have been introduced in the Assembly and the Senate as he hopes “we will have a powerful bicameral housing package this year like we did in 2017.”

SB 478 sets minimum standards on floor area ratios (FAR) and minimum lot sizes, for land zoned for missing middle housing (from duplexes to ten unit buildings). Excessively low FAR and excessively large minimum lot sizes are tools that numerous cities use to undermine their own zoned density—in other words, a city can zone for multi-unit housing (or state law authorizes multi-unit housing) but extreme FAR or lot size requirements make that zoned density effectively impossible. As a result, cities are able to use this loophole to prohibit multi-unit housing otherwise authorized by local or state zoning law.

His office noted that current state law preempts local FAR regulations from hindering the production of things like ADUs.  When building an ADU under current law, “Local FAR standards are

void.”  He claims, “SB 478 would simply require an FAR of 1.5 on multi-family zoned lots, rather than completely nullify them, as is the case with ADUs. “

SB 477, the Housing Data Act, strengthens California’s housing data collection so the state and public can better understand the impact of state housing laws and determine the progress made by various cities and counties in meeting regional housing goals. Currently, the state’s data collection on state housing laws is sporadic and not comprehensive.

SB 478 and SB 477 are sponsored by California YIMBY (Yes In My Back Yard), and SB 477 is also sponsored by SPUR (San Francisco Bay Area Urban Planning and Research Association).

Senator Wiener previously introduced SB 10, which creates a streamlined process for cities to zone for missing middle multi-unit housing, and SB 234, which allocates $100 million to build housing for our most at-risk youth, specifically, youth exiting homelessness, the foster care system, or the criminal justice system.

Senator Wiener noted in his office’s release, “California is in the midst of a deep housing crisis, which is leading to mass migration out of the state, skyrocketing eviction rates, record levels of homelessness and poverty, and a growing class of low income and middle class super commuters unable to afford housing within several hours of their jobs.

“Many local governments in California are motivated independently to increase density in their neighborhoods, and others are required by state law to do so. However, due to the lack of adequate statewide standards, burdensome and outdated regulations, and a dearth of data about state law and its impacts on housing, some California cities are able to avoid accountability and find loopholes to prevent denser housing from becoming a reality.

“California’s severe housing shortage — in the millions — is severely harming our state, and we must take firm actions to help create more housing,” said Senator Wiener. “We need multiple strategies to help end our housing shortage, including empowering cities to build more housing, funding affordable housing, and ensuring that cities are taking necessary steps to meet their housing goals. Our 2021 housing bills help accomplish each of these important goals.”

Senator Wiener was joined by other housing advocates on Thursday.

“To meet the challenges of environmental sustainability, racial and economic justice, and to create vibrant communities of opportunity for everyone, California must reform many of its housing policies. This smart, targeted legislative package from Sen. Wiener addresses these challenges,” said Brian Hanlon, CEO of California YIMBY, a co-sponsor of SB 10, SB 478, and SB 477.

He added, “It is critical that we track the implementation and use of these tools at the local level to determine their impact on increased housing production and the potential need for adjustments. Senator Wiener’s new SB 477 is a critical step to allow our state housing policy to be grounded in and informed by better and more complete information gathered from across the state and to measure results.”

Flores added, “These are the people who are often working and living one missed paycheck away from losing their homes. We urge the California legislature to support Sen. Wiener’s common-sense bills to legalize more multi-family homes, and make it easier for all Californians to find secure, affordable, equitable housing.”

She added,  “Many of the barriers that exist for housing are rooted in racism, exclusion, and segregation. There’s no silver bullet that can end the housing shortage and affordability crisis, which is why we believe this package takes the right approach and addresses several of the most critical factors — making it legal to build more middle-income homes; reducing the barriers to affordable housing in neighborhoods where it’s already legal; and keeping track of our progress. We look forward to working with our partners in LA, and across California, to bring housing abundance to everyone.”

“It is far past time we stop letting arcane housing requirements like FARs and minimum lot sizes serve as loopholes that allow cities and counties to avoid building housing,” said Laura Foote, Executive Director of YIMBY Action. “If we want a California that is truly welcoming, that provides enough housing so people across the state can afford to live here, we need to change these outdated and easily-abused regulations that just serve to make it harder to build housing – even in areas where it is technically legal.”

“The stakes are high,” Senator Wiener said, noting that at the heart of the housing crisis is a “math problem. We don’t have enough housing, which makes housing unbelievably expensive, it fuels homelessness and poverty and evictions and pushes people into multi-hour commutes or out of the state which makes climate change worse.”