UCAFT said it wants to settle a contract that honors and properly values the contributions that lecturers make every day on behalf of the UC’s teaching mission. Most importantly, on behalf of their students.

UCAFT member, Crystal Chang, claims this movement is not for money, but because faculty like herself have put in their “blood, sweat, and tears every day” when working with their students. In order to continue helping their students and earn enough income, Chang says faculty needs to be given a fair contract.

Weingarten shared that she is grateful for the new U.S. President, Joe Biden, because he “actually believes in public education.” In fact, First Lady Dr. Biden had Weingarten meet with her at the White House two days following the inauguration to send the message out loud and clear that education matters.

In addition, Weingarten added that in order for there to be change, it has to start at the local level. However, it must also be recognized at the national level in D.C. She asserted that in Washington they are trying to get the $1.9 trillion of the rescue package Biden talked about because it “has a $15 minimum wage in there….money for colleges, and money for schools to

The AFT president stressed that on-campus schools need to open, and in order to do that there needs to be a vaccine. But layoffs or restrictions on a living wage are all equally important.

UCAFT President Mia Mclver demanded UC put education first, stating nearly 2,000 lecturers lost their jobs last summer, and six out of the nine UC campuses have starting full-time salaries that are below the income threshold. “We will no longer accept this unemployment,” Mclver said.

Mclver asserted that UC faculty knows that there is work in the UCs because there are many students and classes within the universities. The UCs have opened doors to more students this year including underrepresented students.

However, Mclver questioned what kind of education students will have access to if the UC is “exploited, overworked, and impoverished.” UCAFT has been bargaining with the UC and their president for two years, yet they have failed to provide a hiring proposal.

“President Drake, I hope you are listening. We need a fair contract now,” the UCAFT president demanded.

Stephanie Wilms Simpson, a lecturer at UC Riverside, shared that many lecturers across the state question the UC education mission because its decision makers do not follow it. This is proven since the UC fails to provide fair contracts for lecturers.

UCAFT believes that students deserve better than teachers who are hired on term-by-term contracts. While lecturers provide quality education, their livelihood has been greatly destabilized by remaining in their profession in the UC system.

Simpson shares that UC uses their “management right” to treat their teachers as disposable. She advocates for lecturers by saying they are leaders in their field. However, they are in need of a long contract to protect them from the policies that prioritize making a profit.

A lecturer from UCLA, Allison Lipman, also said she knows many colleagues who were not aware they would no longer have work after their last quarter. Faculty struggled with being homeless, providing care for their children, as well as taking care of their health without health insurance.

Lipman says that many faculty have part-time contracts like she once did. As a result of these contracts, they have to continuously be looking for jobs.

Lipman had experienced this first hand when she was desperate to keep her job in order to pay rent and provide a home for her son. This lecturer also struggled with teaching effectively when she worried about not having a secure job as well as healthcare in order to provide for her children, noting, “A few years ago, no one could believe I had a Ph.D., taught full time at the UC, and still qualified for Med-Cal.”

Shannon Garland, a professor at UC Merced, added that she used to face much anxiety over job security.

This anxiety settled once she received her Ph.D. She feels for the faculty who continue to feel this uncertainty, resulting in stress on their lives. Specifically, not being able to predict their income, where they’ll be living, or insecurity of healthcare because she was once there too. She asks to stop putting crisis conditions on faculty in the UC system.

UCAFT also had some of their members share their stories of becoming unemployed by the UC.

Mary Claire Robinson, a lecturer at UC Davis’ Physical Education program, stated that two days before instruction began everyone in the entire program received a layoff notice email from the UCD administration. “We were blindsided,” Robinson exclaimed. She shares that the email claimed that, due to the lack of enrollment, they justified the discontinuation of PE.

However, she believes it is the UC that made the lack of enrollment into their classes decline. Robinson says that PE classes always had a long waitlist. Over time, they were told that the program cut was due to budget constraints. However, they found out that the PE program funds would instead be used to fund campus recreation.

In the midst of the COVID-19 pandemic, 14 lecturers from the PE department were left without medical assistance and employment. Robinson demands a change.

Michael Caldero, a lecturer at both UCLA and UCSD, lost his job at UCLA. He has worked at seven of the UCs but only UCSD has continued to hire him. Caldero has received teaching reviews from good to excellent, yet only UCSD has renewed him at all. He taught at both UCSD and UCLA, yet he had to worry about reapplying every year to keep his jobs.

When Caldero lost his job at UCLA, he was not given an explanation. All faculty want is for lecturers to be given the right to hold on to their jobs if they are doing it well, he said.

“I love teaching in the UC but I would love it even more to have the job security attached to the duties I love doing,” he said, adding that if he did, he could spend more time helping students, instead of applying for jobs or reapplying to the one he already has.

“We step up for them every day, we think it’s time for the UC to step up for us,” Caldero said. 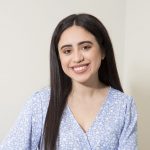