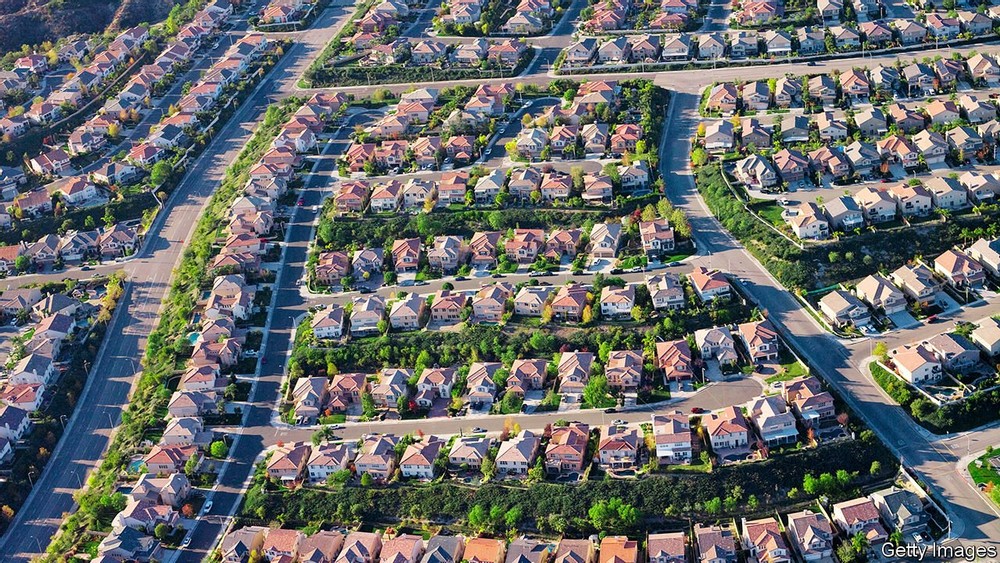 One of the big questions—is there a mass exodus out of California due to high costs of housing and other factors?  While I have argued elsewhere that if housing—high costs or lack of affordable housing—is triggering the changes, it still reflects a housing crisis, the findings released last week by the nonpartisan California Policy Lab finds something else.

That report “finds that contrary to suggestions about a mass exodus from California, most moves in 2020 happened within the state.”  Exits from California, on the other hand, in 2020 “largely mirrored historical patterns, while the biggest statewide change was a decrease in people moving into California.”

“While a mass exodus from California clearly didn’t happen in 2020, the pandemic did change some historical patterns, for example, fewer people moved into the state to replace those who left,” explains author Natalie Holmes, a Research Fellow at the California Policy Lab and a graduate student at the Goldman School of Public Policy at UC Berkeley. “At the county level, however, San Francisco is experiencing a unique and dramatic exodus, which is causing 50% or 100% increases in Bay Area in-migration for some counties in the Sierras.”

“Some folks seem to be worried about the tax implications of wealthy individuals leaving the state, but we don’t yet see any dramatic evidence that rich households are fleeing California en masse,” comments Evan White, Executive Director of the California Policy Lab at UC Berkeley. “Unfortunately, because the state relies heavily on income taxes on the uber-wealthy, the departure of even small numbers of wealthy people could negatively impact revenues if they aren’t replaced with new entrants.”

The overall finding is that people leaving the state have increased since 2015, but only very slightly, from 16 to 18 percent.  The trend in 2020 continued “with no marked increase.”

“There is no evidence that wealthy households are leaving the state en masse. Their rates of exit track trends in less wealthy areas,” the report found.

Where they did see a trend was people leaving San Francisco.

“Net exits from San Francisco from the end of March to the end of the year increased 649% as compared to the same period in 2019, from 5,200 net exits to 38,800,” the report found.  But those people were not leaving California.  “Approximately two-thirds of people who moved out of San Francisco remained within the 11-county Bay Area economic region, and 80% remained in California.”

Finally, “Counties in the Sierra Nevada mountains and other parts of northern California saw huge increases in entrances by former Bay Area residents, with 50% and in some cases 100%+ more in-migrants in 2020 as compared to 2019.”

These findings make a lot of sense.  The cost of housing has skyrocketed in San Francisco and the Bay Area during the housing crisis.  Meanwhile the pandemic means a lot of workers are no longer tied to the exact physical location of their jobs—instead they can telecommute.

Many experts expect that trend to continue post-COVID as many companies have learned they can maintain levels of productivity without requiring all workers to come to the site every day.

These findings reinforce our belief that we continue to need to find ways to solve the housing crisis in California—to make housing more affordable for all.  But it can change the ways in which we look at things like jobs-housing balance.

As we reported back in January, Matt Levin, writing for CalMatters, posits three lessons he has learned covering California’s housing crisis.

“There are really three distinct housing crises roiling California. While often stemming from the same underlying problems, they impact different segments of the population and warrant different solutions,” he writes.

First is the homeless crisis, with 150,000 homeless people in shelters or living on the street.

Second is there are another 7.1 million Californians living in poverty “when housing costs are taken into account.”  He writes, “While not homeless, 56% of these low-income Californians see more than half of their paychecks devoured by rising rents. Skewing Black and brown, these are the renters who face intense displacement and gentrification pressures, live in overcrowded and unsafe housing conditions, and have fled urban cores for cheaper exurbs over the past two decades.”

Third, it affects the younger generation of middle-class and higher-income California, as “the average California home [has been costing] about three times the average household’s income. Now it costs more than seven times what the average household makes. High rents make saving for a down payment that much more difficult. While lower-income Californians have struggled to afford the state for decades, the term ‘housing crisis’ and its attendant publicity really only came into vogue once richer Californians started seriously considering moving to Austin or Portland or Las Vegas.”

If this analysis is correct—and it seems reasonable—we can’t simply sit back and let the market adjust the problem, because this is likely to impact the future sustainability of the state.

Second, he believes that the rise of telework will “dilute demand to live in dense, urban environments.”

He believes, though, that this will cause enough to move, cooling the rents in places like San Francisco, Los Angeles and San Diego, but that “the price of single-family homes and larger rentals in mid-size cities, suburbs and exurbs will rise. “

Indeed, the report from the Cal Policy Lab bears this out: “This net loss of San Franciscans helps explain the dramatic decline in the city’s rents in 2020: with fewer people competing for housing, landlords slashed rents to keep units occupied.”

Finally, Levin argues, “The big dividing line in housing politics is whether you think one more unit of market-rate housing is a good thing or a bad thing. It is mostly a good thing, but it depends.”

Unfortunately none of this really changes the fact that California needs to build more housing.  But it should calm fears that the state will start losing its population.